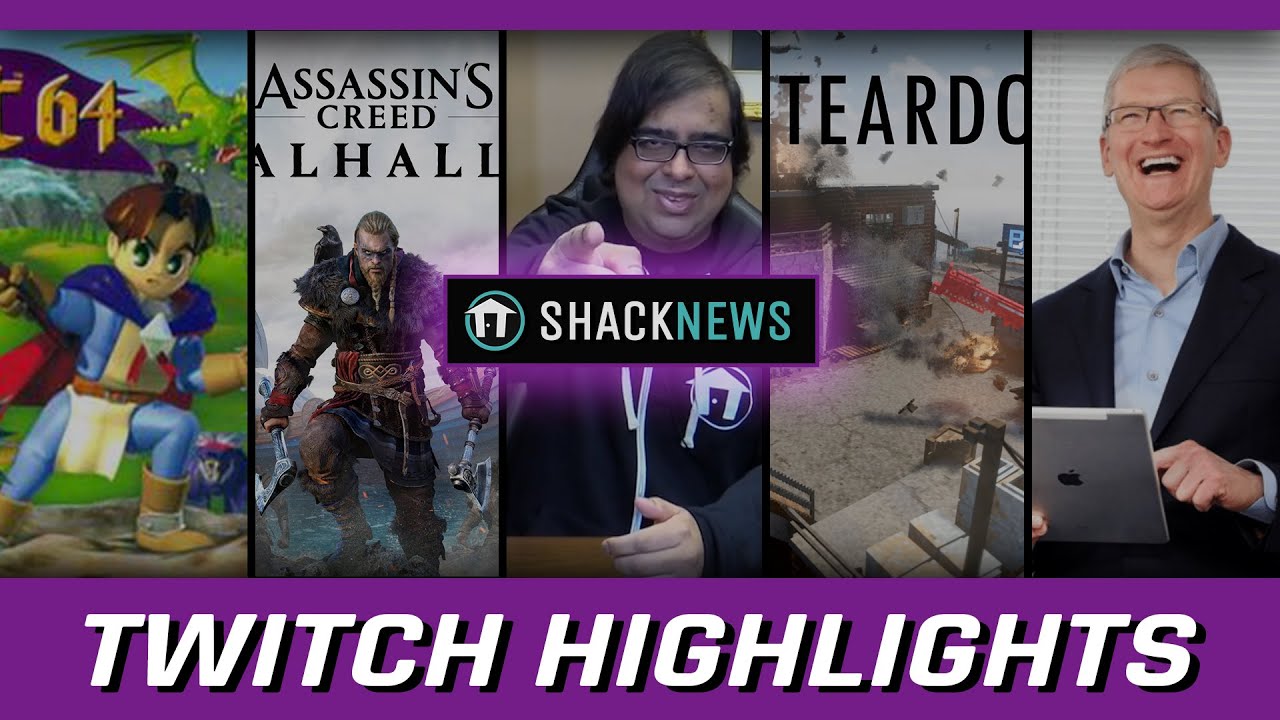 If you’re familiar with Shacknews, you know we love livestreaming. With a weekly schedule filled with shows, we do our best to deliver a variety of entertaining and engaging content. Whether it be exciting let’s plays or thoughtful discussions, there’s a lot to experience on our Twitch channel. So much so that we recognize it’s improbable for any one person to catch every moment of every stream. Because of this, we edit the best moments into a weekly series of videos we call Shacknews Twitch Highlights.

The newest episode of Shacknews Twitch Highlights kicks off with some Assassin’s Creed Valhalla. Ahead of the game’s official launch, Reviews Editor Blake Morse got to jump into the latest AC game for a special Shackstream. We see some of the new viking raids, as well as a look at the game’s gorgeous locations.

Next, we visit TJ Denzer for another episode of Indie-licious. Taking place every Monday, Indie-licious is our show that spotlight games from independent developers. In this episode, Denzer plays Teardown, a newly released sandbox-puzzle game that had a fascinating reveal back at Gamescom Opening Night Live.

Apple held yet another special event last week, this one focused on Macs and the swap to M1 ARM processors. Blake Morse and CEO Asif Khan reacted live to the broadcast over on our Twitch channel. With Asif being our resident Apple expert, his insight was equal parts valuable and hilarious.

Did you hear? Shacknews held its own special event last week. Titled the Shacknews Direct, this stream featured the reveal of the next major update coming to our website. This included Cortex, a brand new approach to the way Shackers engage and interact with one another. It’s a must-watch for any avid-user of Shacknews.

If you enjoyed this episode of Shacknews Twitch Highlights, consider following us on Twitch to catch these shows live. For more highlight videos, subscribe to the Shacknews YouTube channel and turn on notifications.