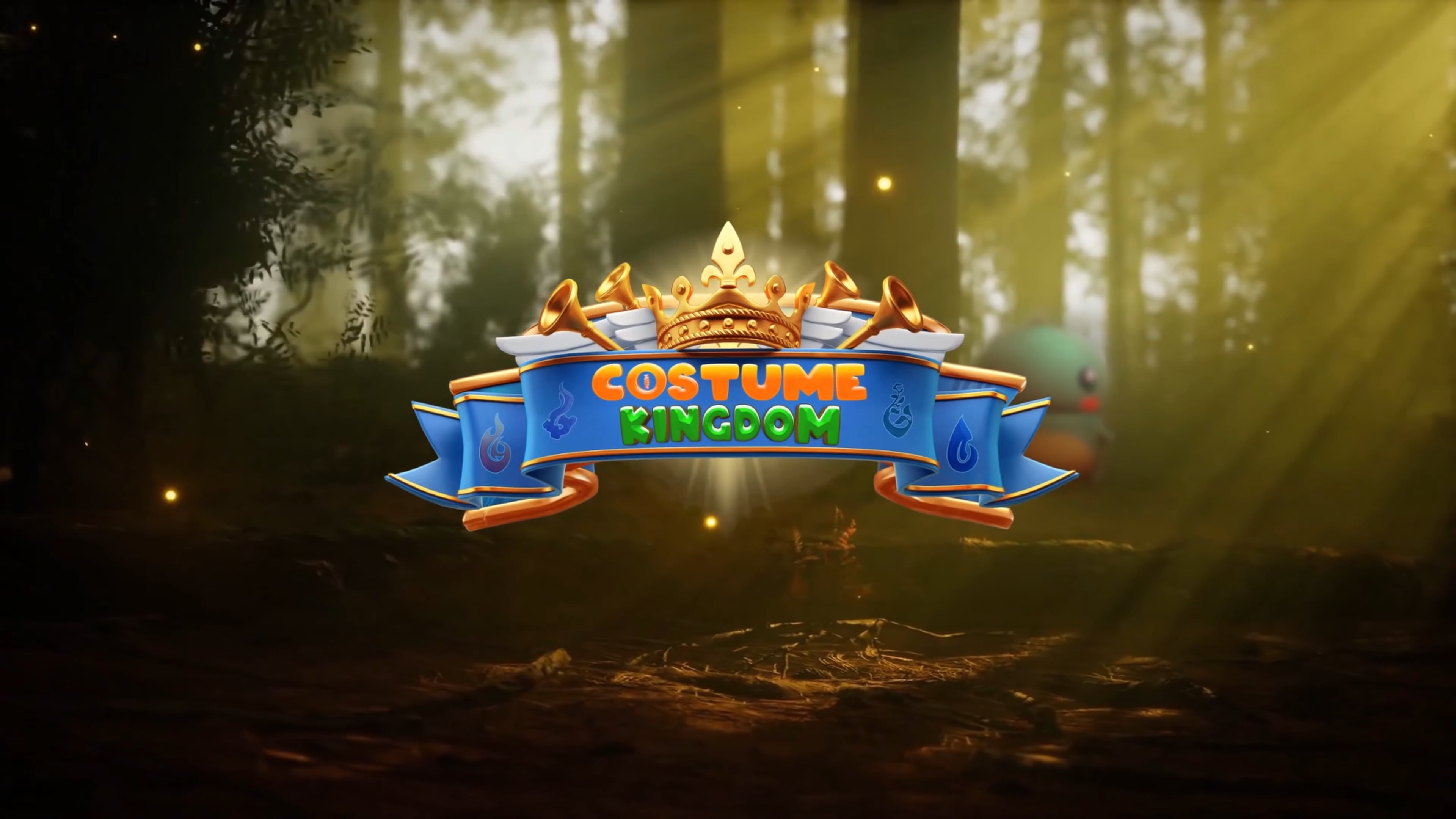 The arrival of Fall means it’s time to get into that spooky mood. With the frightful holiday upon us, Halloween takes center stage in our beloved entertainment media. Stratton Studios has developed a full title based around Halloween, titled Costume Kingdom. As a young child, players will look to win the Apex Cup while inadvertently saving Halloween.

In Costume Kingdom, you play as Rain, a kid from the town of Monkchester. Rain aspires to win the Apex Cup, a yearly tournament held on Halloween where the people of Monkchester use their Hallowmon to battle and determine one true champion. It’s during this adventure that Rain finds themself inadvertently saving Halloween.

To enter Apex Cups, players must pay with candy. Candy can be found on the ground while exploring levels, but can also be gathered through trick-or-treating. The trick-or-treating mechanic is really cool, as players must knock door to door in pursuit of candy. The controller vibrates, and someone will answer the door. If it’s a treat, the player is rewarded with a heap of candy. If it’s a trick, a battle will begin, and the player must fight.

Costume Kingdom is a very lighthearted story that's cute, though ultimately a forgettable experience. Rain is a likeable protagonist, and the world is filled with cute and friendly characters and creatures, but it feels incredibly surface level and standard. Of course, Costume Kingdom isn’t trying to be the next big video game thinkpiece, and it certainly accomplishes its goal of being a short and sweet Halloween adventure. But it's definitely a game I’ll forget in the coming months.

The battles in Costume Kingdom are turn-based, with humans commanding their Hallowmon creatures against others. These Hallowmon can then earn experience and level up, making them even more formidable in battle. Sound familiar? Costume Kingdom takes considerable inspiration from the Pokemon series, even down to the 6-monster party, as well as unique types and movesets. That being said, battling is still fun and there are various cute creatures to discover and add to your team.

Something really neat that Costume Kingdom does is the mechanic with the costumes themselves. I mean, what’s the point in making a Halloween game if you’re not going to let players dress up in silly outfits? However, Stratton Studios takes the costumes further than being just cosmetics in Costume Kingdom.

Costumes unlock new abilities. For example, equipping the Turtairy Costume will allow players to pull off a double jump, making new areas accessible. Other allow you to pull off abilities like fishing. There are also certain areas of the map that are inaccessible without certain costumes equipped or owned, which encourages more exploration of the open world. It’s a cool idea that does a great job at taking advantage of the Halloween theme.

Costume Kingdom is able to capture the Halloween vibe with the work done on its soundtrack. Composed by industry veterans, the music in Costume Kingdom is atmospheric, evoking those spooky and ominous Hallow's Eve tones, without ever hitting players over the head with it. The music also manages to balance the Halloween vibe while also feeling fun and upbeat, rather than haunting and off-putting. It’s a choice that fits in line with the rest of the game.

Stratton Studios succeeds in creating a fun Halloween game with Costume Kingdom. The trick-or-treat and costume mechanics are inventive, while the battles heavily lift from the Pokemon formula. The story and world feel a bit shallow, making the overall experience a bit forgettable. Costume Kingdom is a sweet treat to have for the spooky month of October.

This review is based on a digital download code provided by the publisher. Costume Kingdom is available now on PS4 for $9.99 USD.