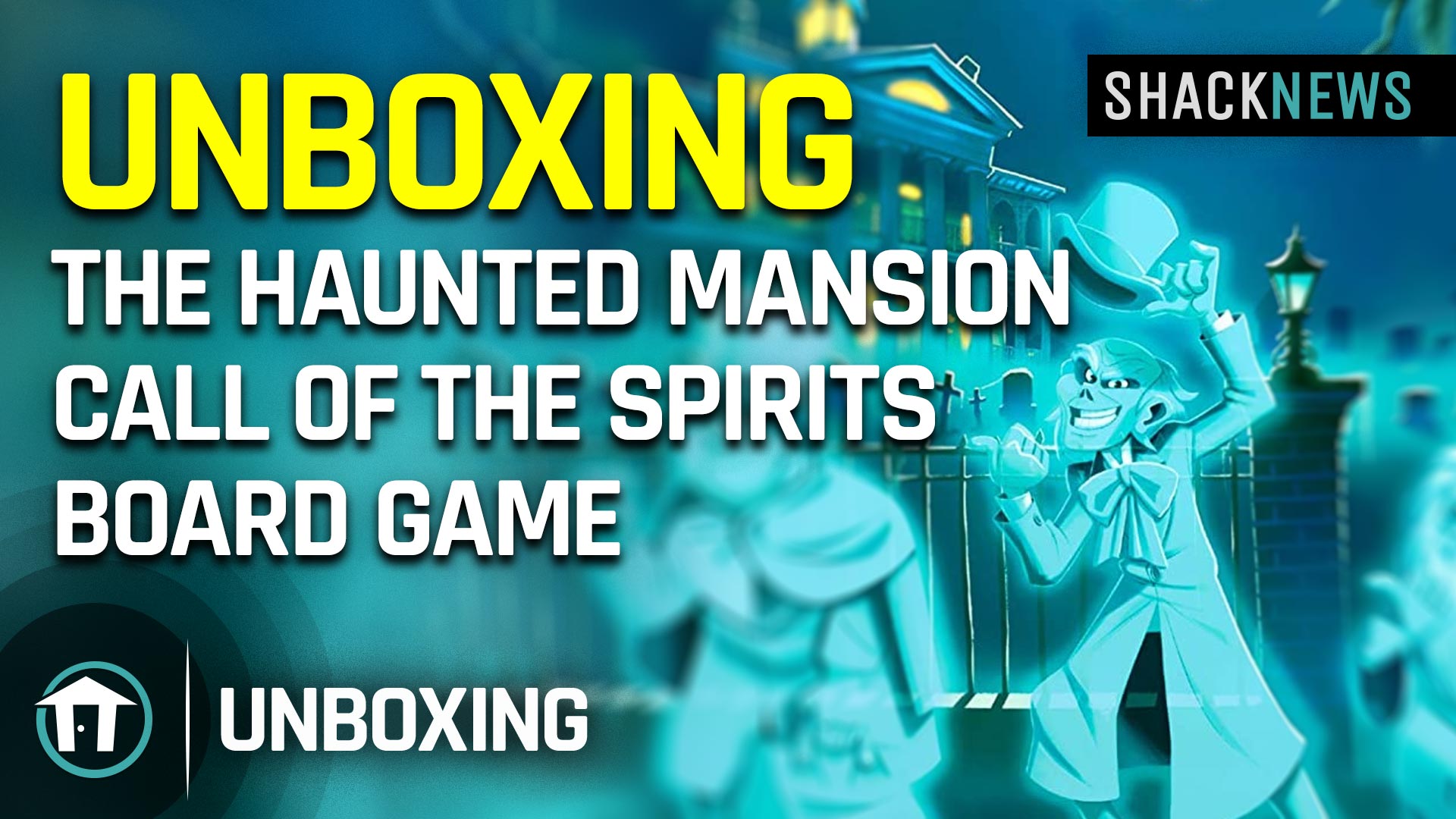 Unboxing: The Haunted Mansion Call of the Spirits Board Game

Disney’s theme parks have been fruitful source material for various media adaptations. From movies to television shows and games, several of Disney’s theme park rides and attractions have been adapted into other forms of entertainment. The Haunted Mansion, which has already gotten the film treatment, has been adapted into a tabletop game by Funko Games, and we unboxed it over on our YouTube channel.

Shacknews’ unboxing of The Haunted Mansion Call of the Spirits can be found over on our YouTube channel. In the video, we unpack and showcase everything included with the new board game. The Haunted Mansion Call of the Spirits is designed to be played with 2-6 players, with an average game lasting for roughly 30 minutes. The box’s packaging clues us into the objective of the game.

“Disney’s beloved The Haunted Mansion comes to life—err, death—in this hauntingly fun family board game! Explore all the classic rooms of the ghost-infested manor, from the festivities-filled Ballroom to the Attic and out to the Graveyard and beyond in search of spirits. Beware, though, of the Hitchhiking Ghosts, who are notorious for “following you home” as that may spell your doom in the end!”

In the video, we see the spooky playing board, as well as the different cards and pieces that come with the game. If you’d like to give it a try yourself, The Haunted Mansion Call of the Spirits can be purchased from Funko’s website for $25 USD. For more insightful unboxing and review videos, be sure to subscribe to Shacknews on YouTube and turn on notifications.