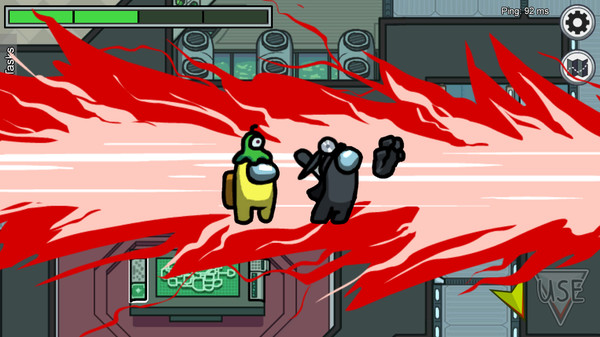 How to play Impostor - Among Us

Among Us will put your friendships to the test, as players constantly lie and swindle each other in the party game centered around treachery. In Among Us, you’ll either be designated as a crewmate or an Impostor, defining your objective for the match. As the Impostor, you’ll need to consider several variables in order to avoid being ejected out of the airlock. We’ve put together this guide to teach you how to be the ultimate Impostor in Among Us.

When a game of Among Us begins, you’ll be told explicitly if you’re a crewmate or Impostor. If you’ve been selected as Impostor, it’s time to put those lying skills to the test.

How to win as Impostor in Among Us

There are a few ways to win a game of Among Us as an Impostor. You can slowly kill all of the crewmates, until the number of survivors is equivalent to the number of Impostors remaining. You can also sabotage the ship’s O2 (oxygen) from your map, which will kill everybody onboard if it goes unrepaired for too long. O2 is the best way to force crewmates to travel to a desired location, so we recommend keeping that one up your sleeve until you need it most.

As it isn’t very difficult to repair O2, the best way to emerge victorious in Among Us is to straight up lie and deceive your way to the final few players, either killing or ejecting crewmates along the way.

Tricking people in Among Us

When you kill a crewmate, their lifeless body will remain on the ground until reported by a player. Once a body is reported, living players will be put in a voice meeting where they can discuss the circumstances of the body, as well as determine who they think did the deed. The players can then vote to eject the suspected killer out of the airlock, or vote to skip eliminating anybody if there isn’t enough information to make a strong enough case. The Impostor themselves can report dead bodies, but be wary. Being the same person to report a dead body every round is a surefire way to get yourself accused of being the Impostor.

As the Impostor, you’re going to want to keep a relatively low profile. Don’t let anybody see you commit a kill, use a vent, or even awkwardly stand beside a dead body. These are the easiest ways to get caught as an Impostor in Among Us. You need to constantly have an alibi. Make sure that there is at least one other player that can vouch and say they saw you in a certain location, or watched you do a task. This will quickly take suspicion away from you.

This is significantly easier if you’re playing with two Impostors instead of one. The second Impostor can act as your alibi from time to time. In dire cases, strong suspicion and accusations against them could also take the heat off of your back, allowing you to make it further into the match.

It’s also important to make sure you don’t get too jumpy and trigger-happy to boot off other players. If you take the slightest hint of strange behavior and instantly vote to eject somebody out, attention will quickly turn to you. Try to play it in the middle, don’t be the muted player waiting to be questioned, but don’t go around pointing fingers either.

Faking tasks in Among Us

Experienced players will find small aspects of gameplay to significantly improve their ability to pull off a performance as an Impostor. A common trick is to fake tasks. If you’re familiar with at least one or two task locations, go there and simply stand still. Passing players will assume you are doing a task, and may even vouch for your innocence during the next meeting.

That being said, proceed with extreme caution when faking a task. Veteran Among Us players will stop to verify that somebody is actually doing a task, as some of them give off visual cues when completed. For example, when completing the garbage chute, players can actually see the debris exit the bottom of the ship out into space. The green task bar in the upper right-hand corner will also progress with each completed task. Try to stand around until the bar moves (as a result of another player completing a task), and avoid tasks with visual cues. Getting caught faking a task is an easy way to get yourself ejected through the airlock.

In many sessions, there are a couple of skilled players that are adept at discovering and exposing the Impostor. These players have to go. Make sure the detectives of the group are the first to be slaughtered when you start your Impostor run, it'll significantly increase your chances of winning.

Sabotages are a great tool in the Impostor’s arsenal. They can be used to manipulate the map and playing field, making it easier to snuff out a crewmate and maintain innocence. You can temporarily lock doors, keeping players from entering or exiting a certain location. You can also take out the lights, dropping player visibility to the absolute minimum, allowing you to kill and escape the scene with ease.

As an Impostor, you are able to repair sabotages done to the map. This can be used to give yourself an alibi and eliminate suspicion. Being able to say that you were the player that got the lights back up and running, or that you fixed O2, will work well in trying to prove your innocence.

Now that you’ve got a good idea how to play the part as an Impostor, you’re ready to impress your friends with how well you can lie and connive your way to a victorious match. If you’re new to the game, consider checking out our guide on how to play Among Us for some starter advice.

Does MLB The Show 21 offer crossplay?