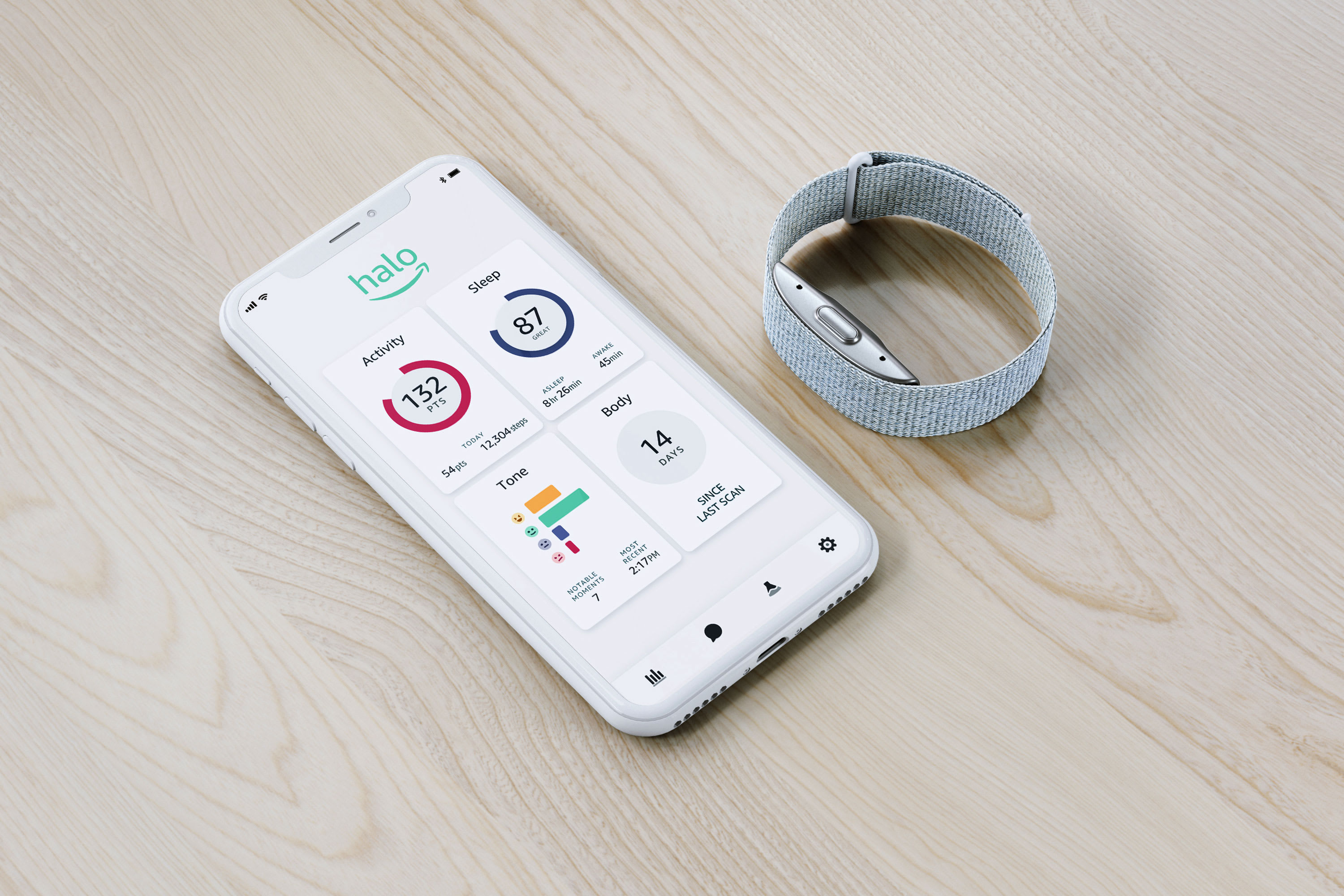 Amazon’s empire has long exceeded front door deliveries and has expanded into all mainstream entertainment and technology. From film, to food, to security, and even video games, Amazon is everywhere. The company is looking to make its next big step into the world of wearables with the newly announced Amazon Halo, a fitness wristband capable of performing full-body scans and monitoring user voice.

The Amazon Halo is a screenless wrist wearable set to rival the Apple Watch. The companion app for mobile devices will display stats such as calories burned or steps taken. A Halo subscription costing $3.99 a month will be required to access the device's full breadth of analytics and feedback.

Some of the most fascinating details of the Amazon Halo come with its scanning technology. The wearable will be able to perform a full 3D scan of the body using a smartphone’s camera, identifying body fat. What’s more, is that the device will even monitor the user’s voice, listening for emotional patterns in their voice. It will use this information to inform the user about their behavior patterns throughout the day.

The Amazon Halo will cost $99.99 USD dollars upon release, though the company has yet to state a release date. However, users can request early access to get their hands on the wearable ahead of schedule. Those selected for early access can purchase the band for $64.99 USD and receive some months of free service. The band will launch with silver, black, and rose gold color variants.

The Amazon Halo will join a growing roster of smart technology under the banner of the megacorporation. It will be interesting to see how the device shakes out in a world where Apple Watch and FitBit have a strong hold on the fitness band market. For more on the upcoming Amazon Halo, stay tuned to Shacknews for the latest news in the world of technology.