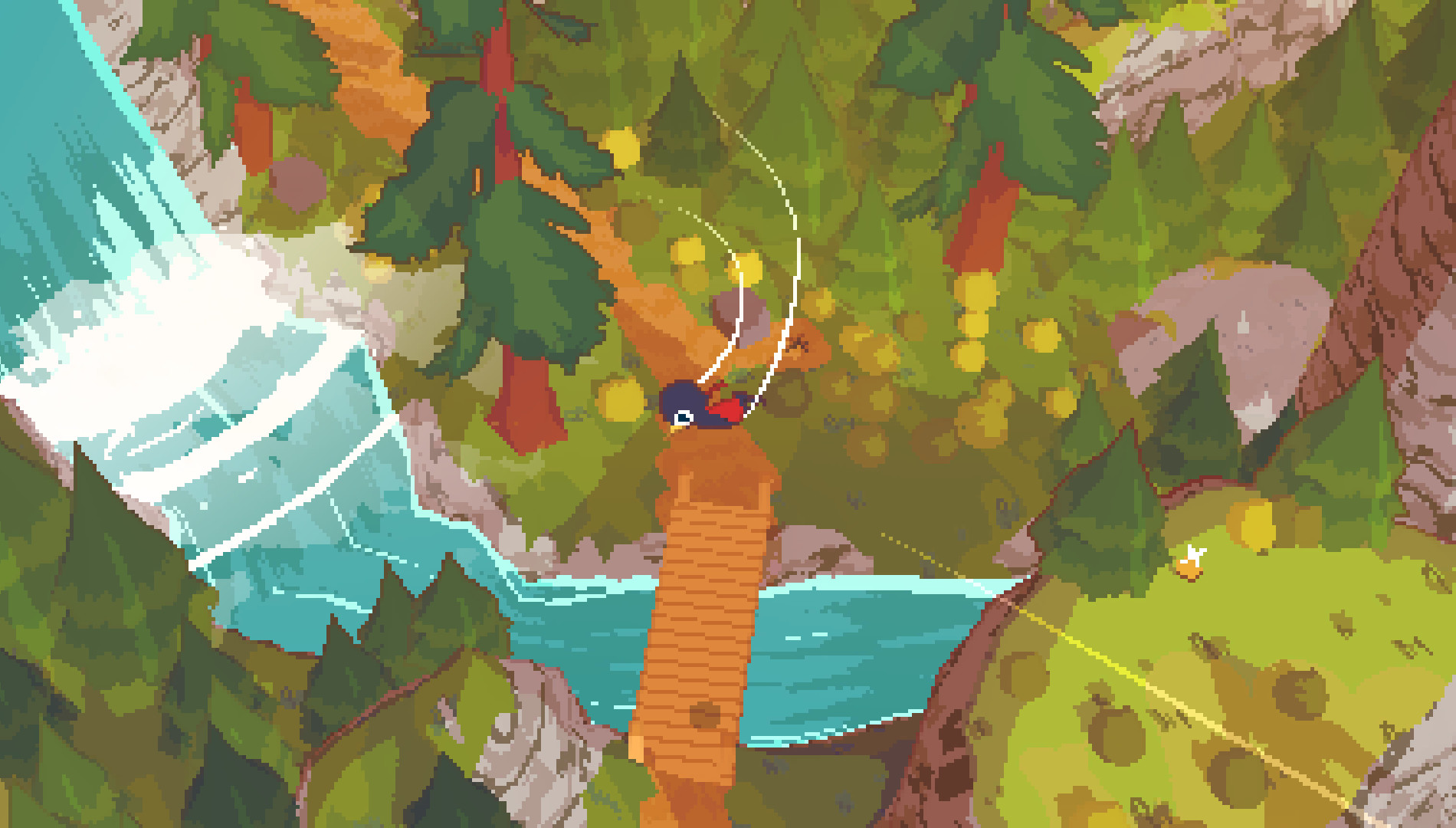 A Short Hike was originally released on PC on July 30, 2019. Now, with over a year of development and updates behind it, this beautiful indie gem is making the leap to the Nintendo Switch later this afternoon.

Originally developed by adamgryu, A Short Hike made its debut on itch.io and Steam last year. Now Nintendo Switch players can take on the role of a small bird as they take a hike through the back country in this stunning exploration game. Available this afternoon, A Short Hike allows users to climb, soar, and hike their way through the “peaceful mountainside landscapes” of a little place called Hawk Peak Provincial Park.

You’ll be able to explore the island any way that you like, letting you really choose your own path as you follow the markers or head off the beaten trail to discover secrets and hidden vistas. You can also speak with the various hikers that you come across, allowing you to help them and make some new friends along the way.

If you’ve been looking for a great little escape from all the madness going on in the world right now, then A Short Hike might be exactly what you’re looking for. The game itself has managed to garner quite a few positive reviews on both Steam and itch.io, with it holding an Overwhelmingly Positive rating on Steam with almost 3,500 reviews from the community currently on file.

On top of releasing on the Nintendo Switch today, players will also be able to check out the brand-new boating update on both PC and Switch, unlocking even more ways for you to explore and make the most of your time in Hawk Peak Provincial Park.

We’ll continue to keep an eye on A Short Hike and update this article with any other information you might need to know about the Nintendo Switch version.