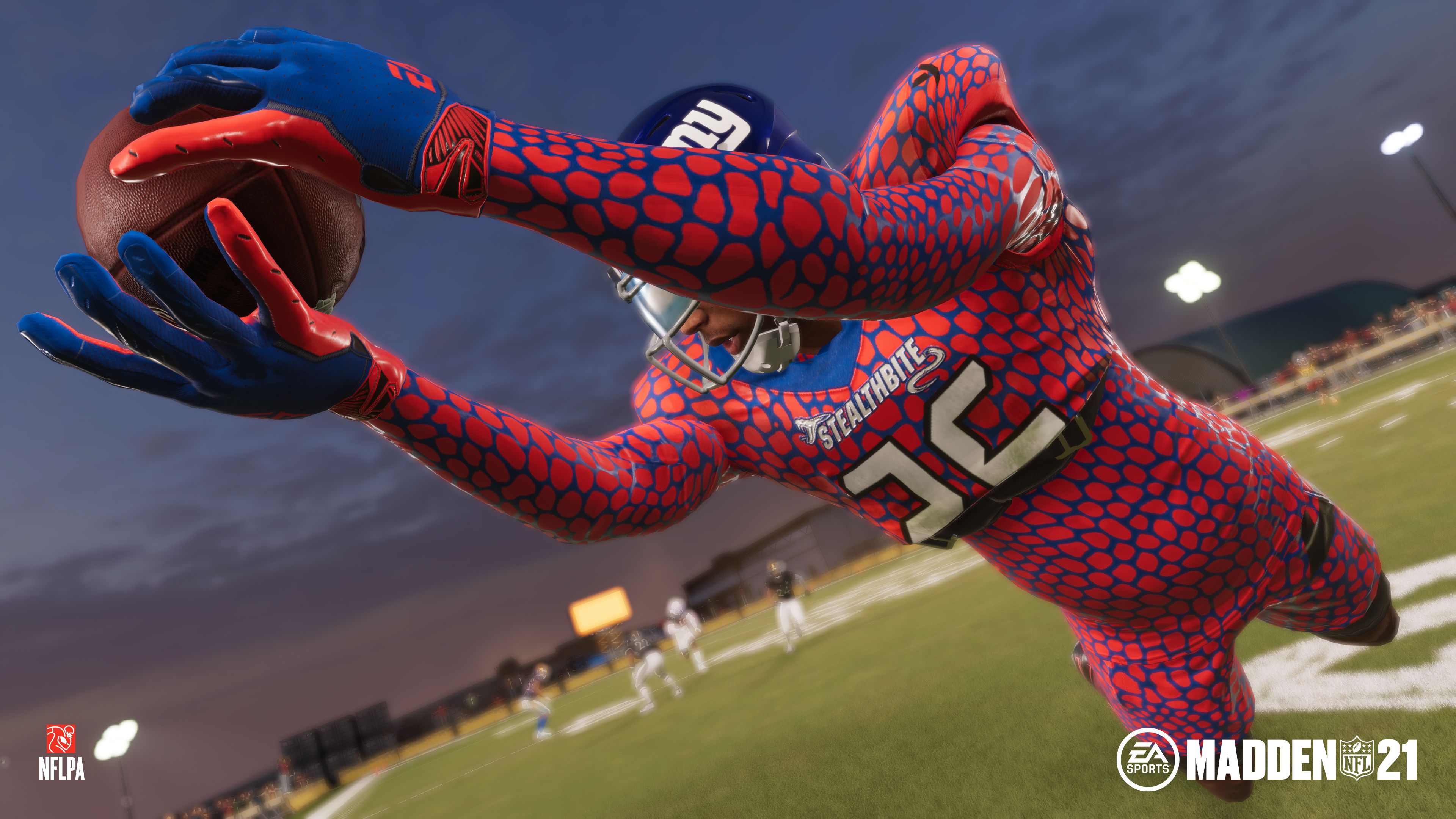 The latest installment in EA Sports’ long-running football franchise is set to arrive later this month when Madden NFL 21 releases on August 25. Madden 21 is introducing a brand new game mode to the series. Titled The Yard, this new mode is heavily inspired by the informal sport of backyard football. I had the chance to go hands-on with The Yard as well interview the developers behind it.

The Yard is essentially a scaled-down version of Madden with a focus on big plays and exciting moments. Games are composed of teams of 6 and usually last between 5-10 minutes. True to the nature of backyard football, players will play both sides of the ball, swapping between offense and defense after each possession. Both teams get three possessions, with the higher scoring team after 6 rounds taking home the victory.

The scoring is a bit different in The Yard. After the initial 6 points awarded for scoring a touchdown, teams will have some flexibility in regards to their extra point. Instead of kicking a PAT, they can opt for a one-point, two-point, or three-point conversion. These options will place the ball at the 10-yard line, 20-yard line, or 30-yard line respectively. I thought this was a really inventive idea, and adds a layer of strategy to the extra point. Gambling on a 3-point conversion and failing can put you in a tough spot, but pulling one off can force the hand of your opponent on the following drive.

When first loading into The Yard, players will create their own avatar. Outside of standard physical appearance customization, players will select from a handful of prototypes. Named after actual NFL stars, prototypes work as a player archetype, granting them an X-factor ability and giving them some base statistics. For example, selecting the Lamar Jackson prototype will give players the First One Free X-factor ability, and some pretty solid speed and ball-carrier move attributes.

As you earn experience, you’ll earn skill points that can be allocated to the attribute of your choosing. You’ll also unlock secondary ability slots. Here you can choose Superstar Abilities that give you some special bonuses in-game. This includes Tip Drill, which increases interception chances on tipped passes. It’s vital to load your player out in a way that best suits your style of play.

A big aspect of The Yard is its social focus. In addition to being a solo experience, The Yard can be played online with friends against random players around the world. When you go online, your squad is limited to a maximum of 3 players, with NPCs filling out the other half of the roster. You will each choose your preferred position, with each offensive selection having a defensive counterpart. For example, choosing quarterback for offense means you’ll be lining up as safety on defense. Selecting WR1 corresponds to CB1.

Online is without a doubt the superior way to experience The Yard, and likely the way it’s truly meant to be played. It’s fun coordinating with other players, and witnessing all of the silliness that ensues when you’ve got user-on-user matchups downfield. That being said, I can’t help but feel like the mode would be exponentially more fun if the teams could be entirely composed of players. In standard simulation modes, it makes sense why you wouldn’t want 11 users on field, because who wants to be a left tackle for four quarters? However, The Yard nearly chops the player count in half, putting everybody in skill positions. Letting 6 users go against 6 in this arcade-style mode would be too attractive for any Madden fan to pass up.

Flexing on the competition

A big emphasis in The Yard is player customization. The word “vanity” came up a countless number of times during the presentation I attended, as the designers really wanted to hammer home the sense of uniqueness that players will feel after customizing their player. Customization in The Yard can range from wearing your jersey cropped Ezekiel Eliott-style, to styling on the competition with polka-dotted uniforms. Every time you level up, there’s new gear and accessories unlocked. The Yard supplies enough cosmetics that it’s likely no two players will look alike when stepping onto the field.

The Yard was designed by JP Kellams, who also led development on Madden 20’s Superstar KO mode, which returns in Madden 21. Fans will recognize the parallels between these modes, as both are informal takes on the Madden formula, with a flashy aesthetic and shorter burst style of game play. One of my chief concerns is that The Yard could potentially meet a similar fate as Superstar KO.

A good mode in the beginning, EA Sports did very little to build on Superstar KO after its release, other than adding some new player cards here and there. I’m confident that The Yard will be a fun mode on launch day, but it’ll have to be proven if the game will keep its momentum throughout the lifespan of Madden 21. I spoke directly to Kellams about this matter, in which he reassured me that The Yard is designed to be a mode that the developer “can update over and over.”

Overall, The Yard seems like a smart addition for Madden 21. The franchise is heavily criticized for regurgitating the same game year after year, and adding an entirely new game mode and ecosystem is a good first step in quelling those concerns. However, the live updates and ongoing support for The Yard is where it’ll be determined if this new game mode is a winner or loser. An in-depth look at the new mode can be found on EA’s official website. For more of our coverage on Madden 21, bookmark the Shacknews page dedicated to the sports series and stay tuned for when the game releases on August 25.