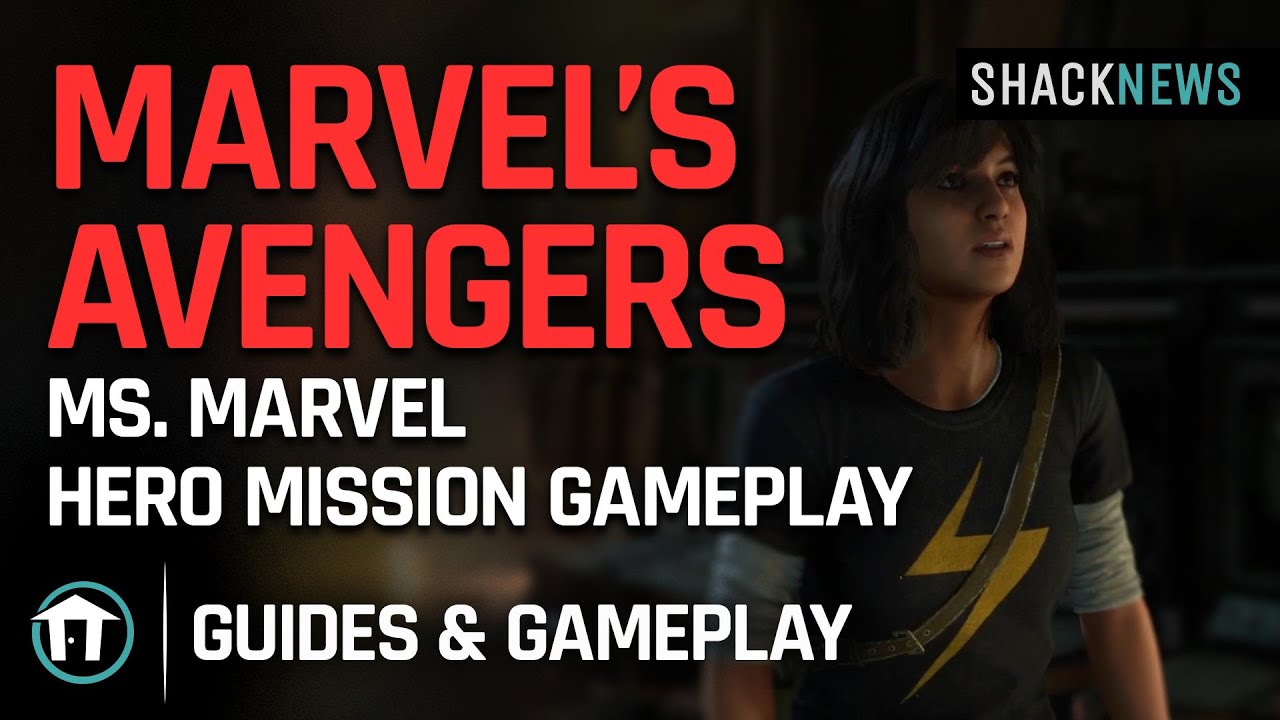 Marvel’s Avengers is set to be the next major release under the Marvel banner of video games. Following the wild success of Spider-Man, players are excited to assume the roles of Earth’s Mightiest Heroes. We got early access to the closed beta for Marvel’s Avengers, and recorded a full length Ms. Marvel story mission for your viewing pleasure. Please, take a look.

In the video, we see a campaign mission that takes place early in the game, where Ms. Marvel and Bruce Banner team up on a quest to reunite the Avengers. In this extended sequence of the game, players play as Ms. Marvel, the super-powered number one fan of the beloved Avengers. In the video, we get a look at traversal, as well as the game’s in-depth gear and loot mechanics.

During the mission, we get to see Ms. Marvel in action as she takes on a large number of robot enemies. During combat, we unleash some devastating combos, and also utilize some of Kamala Khan’s special abilities. In Marvel’s Avengers, every hero’s play style is tailored to their powers. With Ms. Marvel able to expand herself and stretch her body, a lot of her abilities see Kamala enlarging her arms and legs to deal out some devastating blows.

The closed beta missions also give us an insight into the story in Marvel’s Avengers, as well as the character’s motivations. During a cutscene, we see Kamala Khan having a heartfelt conversation with Bruce Banner about her desire to get her hands on an alleged cure that will rid her of her powers. Although she looks up to Earth’s Mightiest Heroes, Kamala feels as though her powers make her a freak and an outcast. We expect this subplot to be persistent throughout the narrative of Marvel’s Avengers.

If you dug this video, be sure to subscribe to Shacknews on YouTube for more exclusive videos from the upcoming Marvel’s Avengers video game