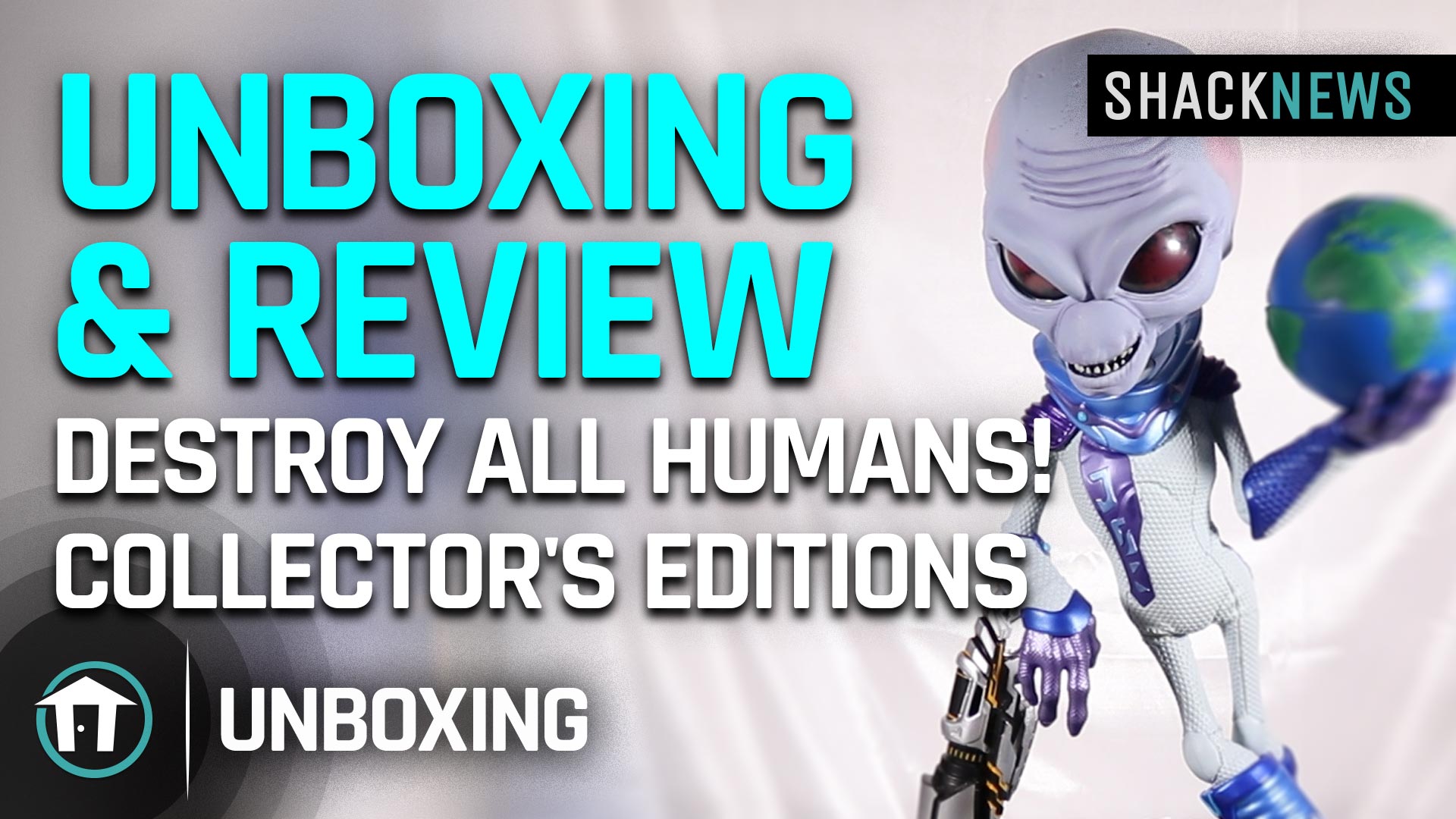 Originally released in 2005, Destroy All Humans! received much acclaim. Satirizing alien movies of the Cold War era, this action-adventure titled allowed players to do just as its title suggests. 15 years later, and Destroy All Humans has gotten a fancy new remake, bringing all of its hilarious chaos to a new generation. We received the DNA, as well as the Crypto 137 Collector’s Editions of Destroy All Humans! and recorded an unboxing of them. Please take a look.

If you enjoyed this video be sure to subscribe to Shacknews on YouTube for more exclusive unboxing and review videos.