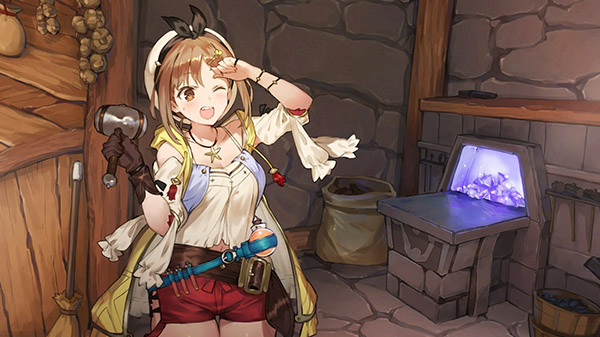 Ready for the next installment in the Atelier series? You don't have much longer to wait, as Atelier Ryza 2: Lost Legends & the Secret Fairy is poised for launch this winter worldwide, as revealed during the Japanese Nintendo Direct Mini.

Atelier Ryza 2: Lost Legends & the Secret Fairy is the direct sequel to Atelier Ryza: Ever Darkness & the Secret Hideout, and it will scratch that special Atelier itch many of us have had for some time.

"Atelier Ryza 2: Lost Legends & the Secret Fairy is a direct sequel to the best-selling Atelier Ryza: Ever Darkness & the Secret Hideout, a worldwide smash hit that has already shipped over 420,000 copies to date. In this latest entry in the Atelier series, Ryza makes her triumphant return as the protagonist, making franchise history as the first character to take on the hero role in two successive titles."

The announcement wasn't the only news surrounding Atelier Ryza 2, though. There's a special movie that's set to premiere on YouTube in English and Japanese on July 29 at 11 AM ET. We'll be sure to bring you the news when it does.

For now, you can look forward to sinking your teeth into the game when it launches this winter on PlayStation 4, Nintendo Switch, and PC.