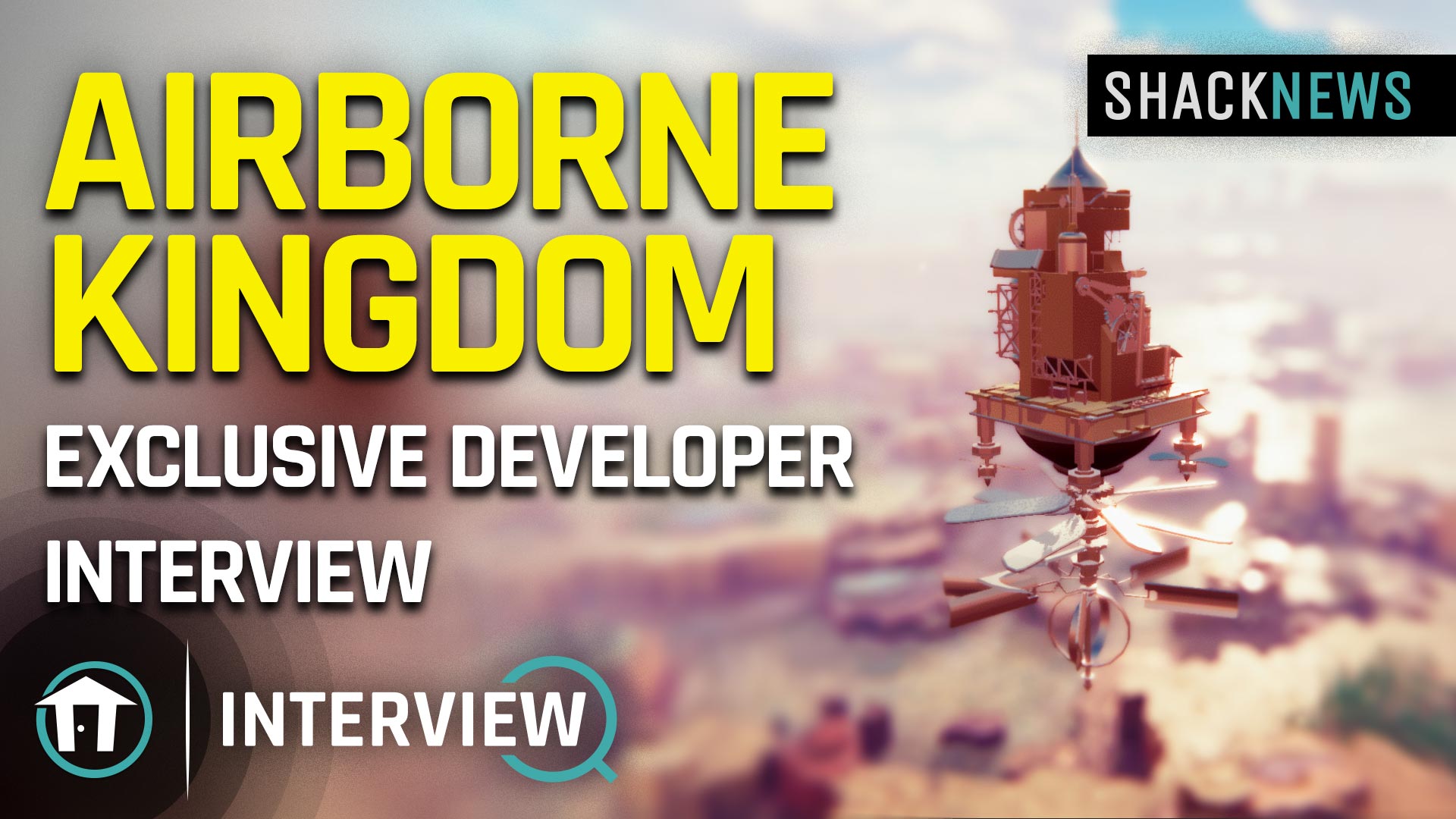 Airborne Kingdom is an intriguing mixture of city simulators and strategy games that allows you build your own kingdom in the sky. It's an aspirational project from studio The Wandering Band, and it looks like it's going to serve up some seriously engaging gameplay that'll delve into the outer reaches of your imagination.

Greg Burke sat down with Ben Wander, founder of The Wandering Band and Lead Designer on Airborne Kingdom, for a chat about bringing the game to life and letting players take flight with their own selection of building pieces and floating cities.

"We knew we wanted to make a management game pretty early on," said Wander. "We hadn't seen anything in the skies before. Originally it was a hotel management game, and we thought 'what if it was in the sky?'" The game grew exponentially from there, as the team decided that the sky would (literally) be the limit for their "fantastical sky things."

Wander also spoke on the moment the team realized it was special, as you can move while playing. You can move around in different areas across the map, approach cities to offer aid, and utilize their technology in the future as everyone begins to connect closer to one another. Currently, the game is set for a release on the Epic Games Score in the near future, so we'll keep an eye out for that – this certainly looks like a game that's working to go far beyond the box.