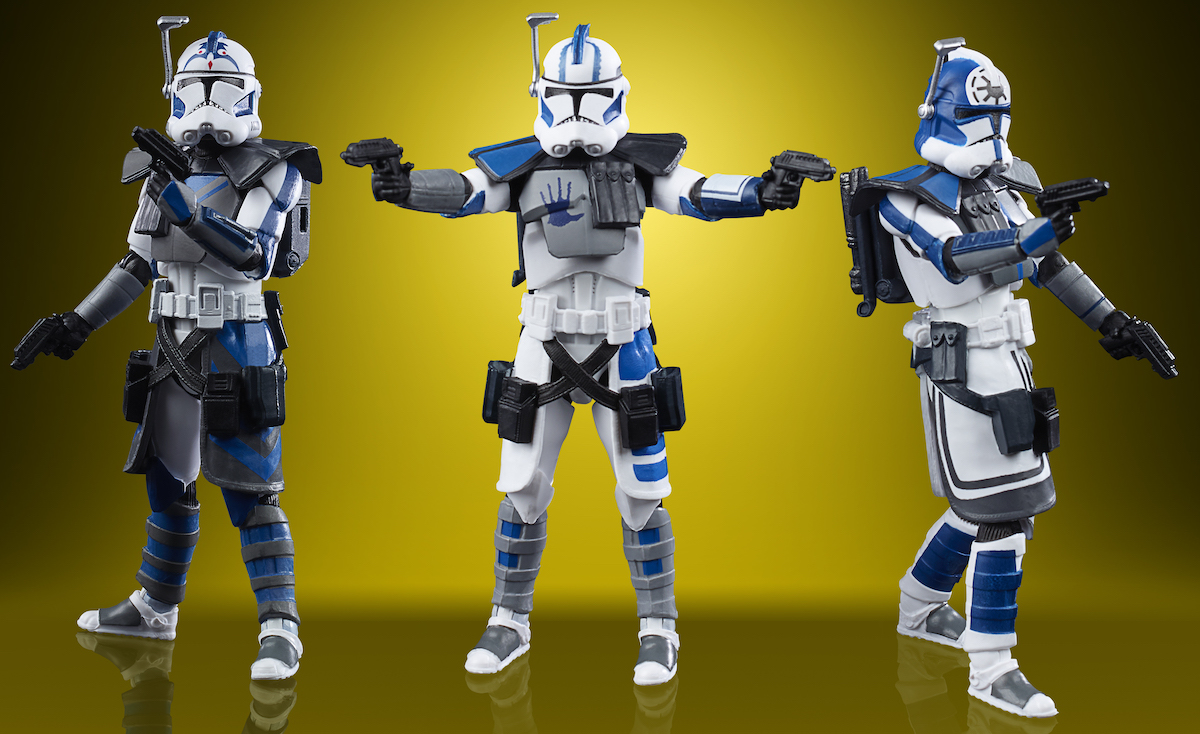 Looking to expand your collection of Star Wars toys? You can do just that this September, when Hasbro is set to debut three new products as part of its Hasbro Pulse collection.

The Vintage Collection 3-Pack will retail for $49.99 and will feature the 501st Legion Arc Troopers with multiple points of articulation and original Kenner branding. They also come with 15 accessories so you can mix and match how you want.

The Black Series Heroes of Endor figure set will retail for $109.99 and will come with Han Solo, Luke Skywalker, Paploo, Princess Leia Organa, and more with articulated limbs, vehicles, and a Speeder Bike with 6 accessories.

The Black Series Hoth Wampa is built to scale and will retail for $29.99. It's another throwback to Kenner, with classic branding and multiple points of articulation. You get a "clean" version of the Wampa without the bloody mouth previously released on the figure in 2014. That doesn't make it any less terrifying, though.

Ready for a heaping helping of Star Wars goodness later this year? Keep an eye out for new Hasbro releases to see what's coming down the pipeline. We'll be making sure we keep you in the loop as well.