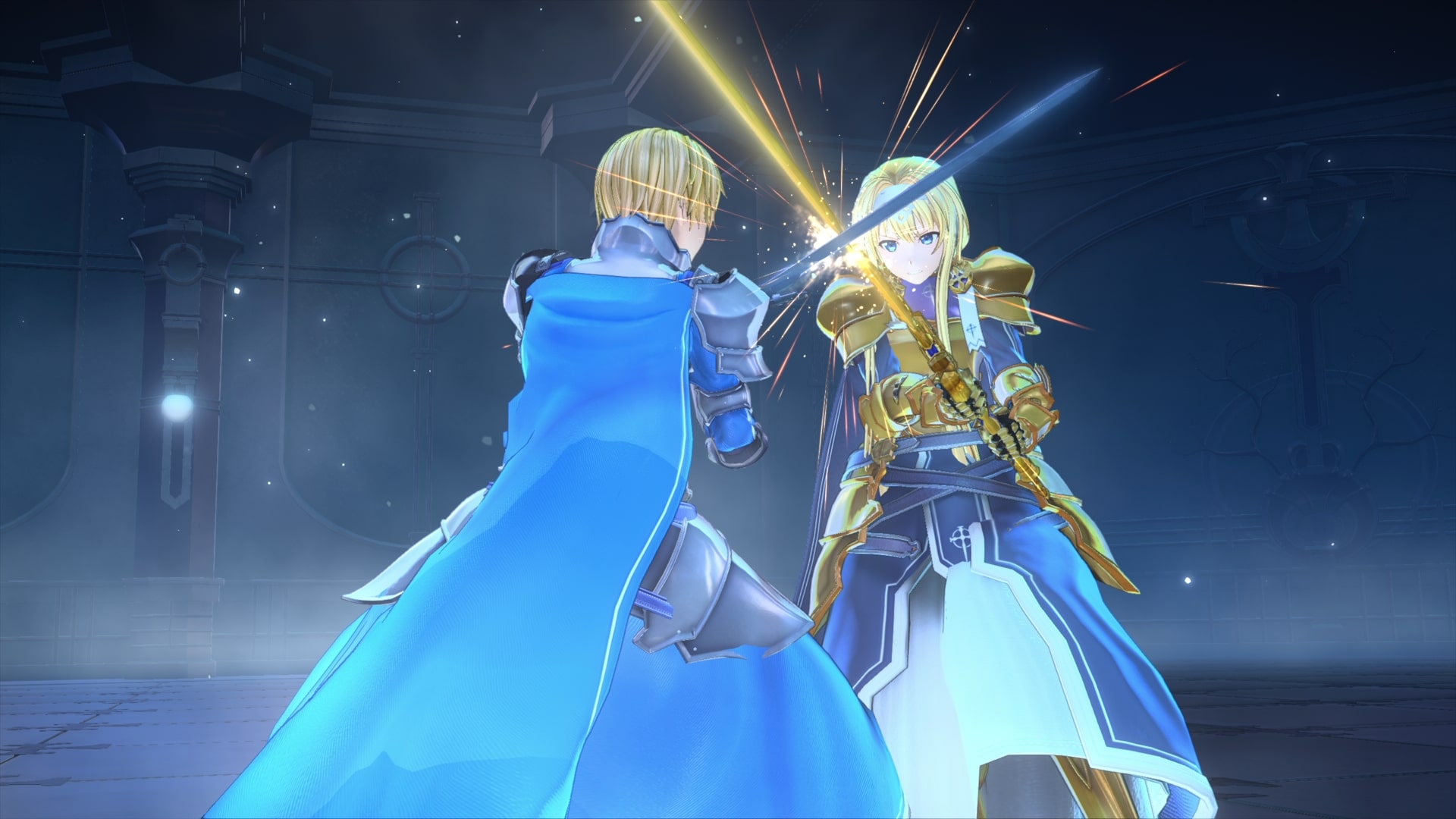 Sword Art Online is one of the most prominent and unique titles in anime. Centering around characters playing as avatars in a virtual reality MMO world, the property is clearly ripe for video game adaptations. The latest release, Sword Art Online: Alicization Lycoris puts players in the world of the beloved anime, letting them play through the anime’s storyline, including some of its most iconic moments. I had the chance to go hands-on with Bandai-Namco’s new game on PlayStation 4, here are my thoughts.

In Sword Art Online: Alicization Lycoris you play as series protagonist Kirito, on a journey that closely follows that of the anime and manga. Throughout the story, fan favorites such as Eugeo and Alice will accompany Kirito. What immediately struck me about SAO: Alicization Lycoris was its visuals and art design. The cutscenes and cinematics looked like sequences pulled directly from the series.

Even in gameplay, it felt like playing through an episode of the anime. From the look of the characters, to the way their expressions are animated, to the environments and combat, the world of Alicization Lycoris feels incredibly true to its source material. Fans of the series will enjoy taking a walk down memory lane, reliving some of the most notable moments from the series with this JRPG.

Sword Art Online: Alicization Lycoris allows players to customize their in-game avatar, with a fairly impressive range of options to choose from. This leans into some of the major JRPG elements at play in this title.

Sword Art Online: Alicization Lycoris follows very closely to what players expect from the standard JRPG. There’s a variety of different weapons, armor, and items, all contributing different boosts and effects to combat. There is also a skill tree that allows players to better define what kind of playstyle they’d like to follow. This is all fine, not doing anything special, but not hurting the game experience either.

Combat in SAO: Alicization Lycoris is done in real-time. During battles you control one party member at a time, with the ability to swap between them. There are a mix of light and heavy attacks that players can use to deal some standard damage, as well as special abilities that can really pack a punch.

I quite enjoyed the combat in SAO: Alicization Lycoris, even though I experienced some framerate drops when things got a bit too chaotic for my PS4. While the combat is pretty traditional, it's very satisfying. The controller rumbling with each landed attack, the statistical feedback, and unique battle animations all feel gratifying. Add on top of that the fact that there are a wide range of ways to approach a battle, thanks to the multitude of weapons as well as special abilities for the player to use. I liked jumping between my party members using their different skill sets to take down opponents.

The story and narrative pacing in Alicization Lycoris is bogged down by excessive dialogue, and drawn out story beats, an issue that plagues so many JRPGs. It’s not until a handful of hours into the game that players gain access to Alicization Lycoris’ online multiplayer mode. This allows players to invite or join one another to go on quests, explore the world, and fight monsters.

There’s a good deal of fun to be had in co-op. With this entire universe being centered on an online virtual reality world, it only makes sense that the online aspect be a key function in a major video game adaptation. I would’ve loved it if the developers dove further into Alicization Lycoris’ online component, making it a more core function within the game.

Sword Art Online: Alicization Lycoris feels like a run-of-the-mill JRPG, done in the style of SAO. Not ever did I think the game was downright bad or poorly made, but rarely was I taken or impressed by anything going on from a story or gameplay perspective. The game would have benefited greatly from leaning more into the online/MMO universe that it’s based on. However, fans of the anime and manga will surely still find some enjoyment with the latest adaptation of Sword Art Online.

This review is based on a digital download code for PS4 provided by the publisher. Sword Art Online: Alicization Lycoris is available now for $59.99 on PC, Xbox One, PS4.