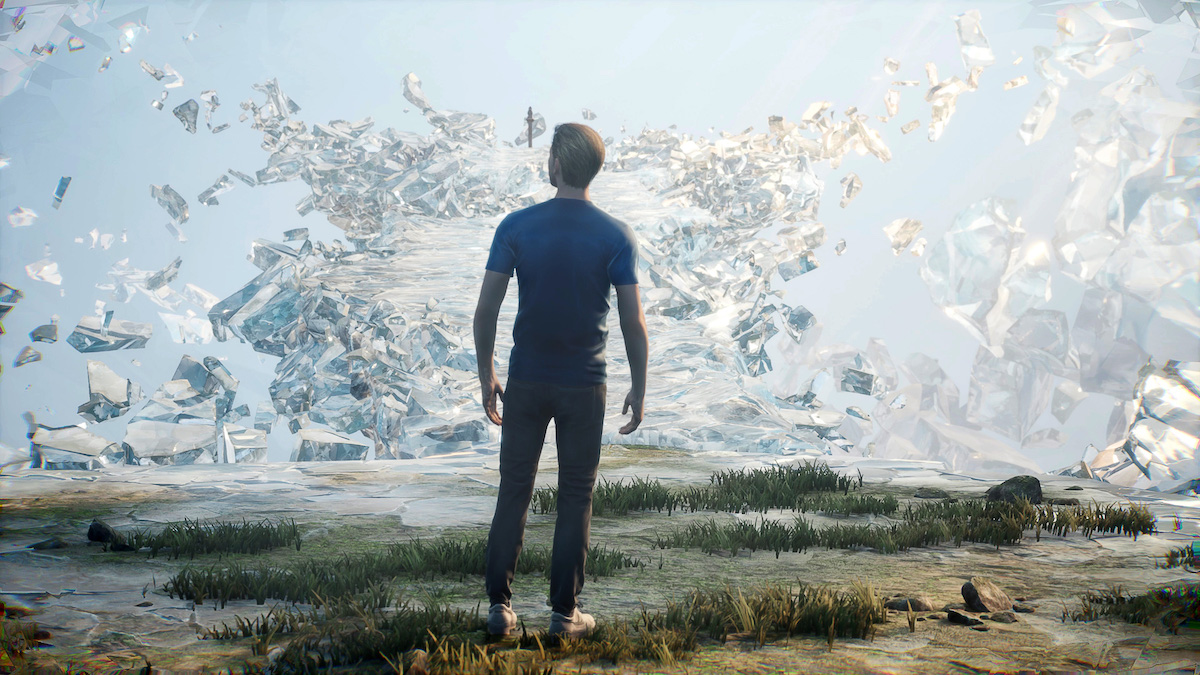 Dontnod's Twin Mirror looks like a narrative thriller that Remedy could have easily created. I've thought that since I first laid eyes on the game back in 2018, and I've been eagerly awaiting a chance to play it since. Originally slated for release in 2019, that obviously didn't happen, as the game was delayed.

Fast forward to 2020, and we're still without Twin Mirror, but that seems to be because it's gone through a variety of changes, namely its protagonist's face and possibly a few story beats, as well as the look of one of its major mechanics.

I had the chance to take a look at some of Twin Mirror's earliest game moments, and I came away pleasantly surprised. I'd like to get my hands on the game and play it since it's been a couple of years, but it looks like it could be a promising entry in Dontnod's catalogue, at least from what I saw thus far.

The game follows journalist Sam Higgs (I personally love this unintentional Death Stranding homage) as he returns to his hometown of Basswood, where a series of events he'd rather not ruminate on took place. The death of a close friend calls him back once more to attend his funeral, but doing so dredges up the past: Sam's failed relationship with a woman named Anna, how he got along with and met his best friend Nick, and everything about small town living that he apparently tried to escape years ago.

In the footage I was shown, we see one of Sam's favorite spots in town to spend time at: a promontory overlooking Basswood. The slice of gameplay footage found Sam wading through his Mind Palace, a physical manifestation of his memories that you can explore, to revisit his previous relationship with Anna and the moment he proposed to her but was rebuffed.

But wherever Sam goes, he doesn't exactly go alone. He's got a passenger with him at all times. His alter ego, The Double, is described as an "occasional advisor" and "wise ass." He's meant to offer Sam an outlet for his inner voice and thoughts, often voicing the things Sam can't or won't. He's dressed completely differently than Sam and is often more aggressive and brash.

The Mind Palace concept had actually been redesigned since we last saw it, and the new view I was shown looked a bit less unique than what I remember from the previous footage. It's now taken on what appears to be a more crystalline look, where Sam can relive parts of his memories in a bid to contextualize the ongoing mystery around him. Ultimately, the Mind Palace will end up as a secret weapon for him when he begins probing crime scenes.

Curiously missing from the footage I viewed was any mention of the murder mystery that initially saw Sam going to Basswood and waking up the next day after his friend Nick's funeral with a bloody shirt and accusations of murder. The old trailer seemed to indicate that he did go to the funeral, but the new footage I viewed noted that he lost so much time exploring his Mind Palace that he ended up missing the very funeral he went back home to attend. This could simply have been a choice players can make, since the point is to write your own story (there are no right or wrong answers, Dontnod says), but it's unclear at this time if the story beats were simply changed.

I'm unsure if the murder elements have been removed to make way for a different story beat, but with all the changes that seem to have been made, I wouldn't be surprised if that were the case. Of course, I only saw the first segment of the game – if I'm honest, there wasn't much I hadn't seen or at least referred to in older footage, at least in some form or another. In fact, from the first few moments of the game, I'm not sure what the major conflict will be save for some rocky moments between Sam and his goddaughter Joan, who's urging him to look into the circumstances surrounding her father Nick's death, or if The Double will cause the instigating issue if the whole murder whodunit doesn't pan out. Either way, I'm ready to see more.

Twin Mirror was initially planned as an episodic game, but in June is was confirmed to have changed plans. It will officially be released as a complete package, which is definitely a good idea, considering how it's always been so frustrating to wait on each Life is Strange episode to release after months pass between installments.

Right now, Twin Mirror is "coming soon", and there doesn't appear to be a concrete date for release. I'm interested in seeing how it fares in comparison to Dontnod's blockbuster series Life is Strange, so I'll be keeping an eye out for future glimpses into the story.