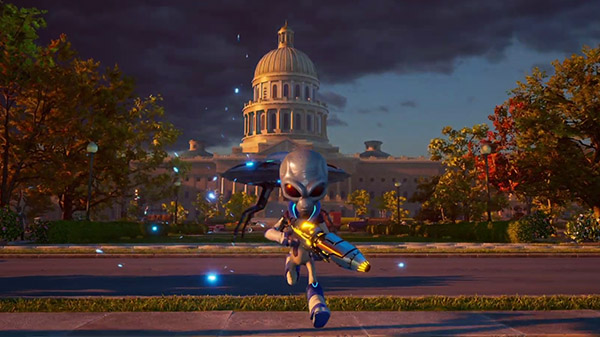 We're returning to the Destroy All Humans series at the end of July, and we can't wait to get back to this hilarious series when the reboot lands later this month.

THQ Nordic released a new trailer for Destroy All Humans to help us celebrate the holiday a little earlier, putting its own spin on the holidays with the Dependence Day parody. Honestly, it might not be a good idea for an alien to take over the world at this point, because it's all gone to hell pretty quickly.

Crypto also has psychokinesis so you can send humans flying through the air as you make your way through a variety of cities by jetpack and on foot. Don't worry, because you've also got a flying saucer. There's even a new Lost Mission of Area 42 to explore, so even if you played the original, this remake should have something interesting for you.

The game is meant to debut on July 28 on PlayStation 4, Xbox One, and PC, so if this sounds like your type of game, you're going to want to go ahead and lock in your preorder now.