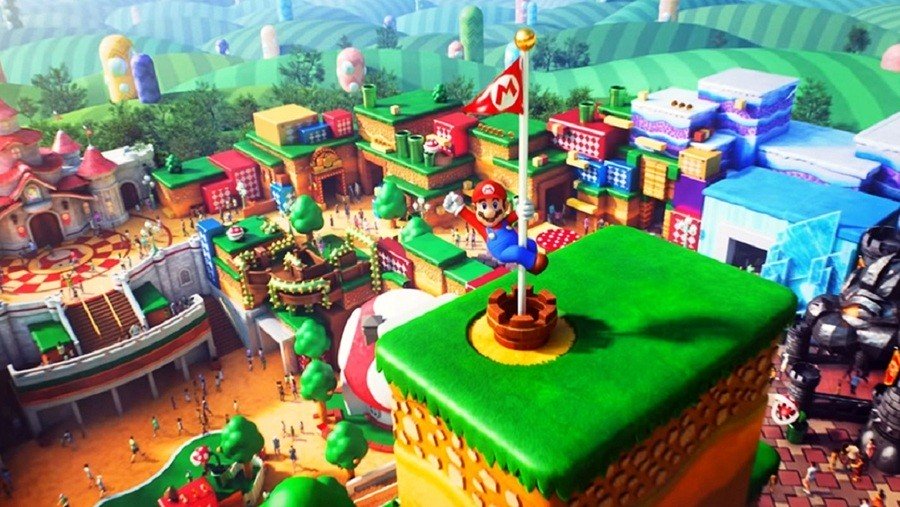 This year has been a real doozy. Perhaps "doozy" isn't strong enough of a word. It's been downright hellish. Adding to the hell is the fact that we're still going to be unable to visit Super Nintendo World for a very long time to give us even a modicum of joy in our bleak existence.

The most recent look at Super Nintendo World gives us plenty of FOMO, especially since it looks so amazing and precious. You've got Yoshi! You've got Piranha Plants! You've got Koopas! You've got spinning coins! It's such a whimsical, utterly aww-inducing take on the Nintendo universe we know and love, it's instantly uplifting. The attention to detail that's been paid to the park is pretty impressive, though you have to wonder about what the other areas look like at this point as well.

Seeing this new look at the park hurts even worse because it was originally set to open in July. Of course, due to COVID-19, the park will remain closed indefinitely. It's unclear when we'll ever get the chance to visit, whether in Universal Studios Japan or Universal Studios Hollywood.

We already knew the park had been delayed in terms of opening in terms of COVID-19, but this new footage is a stark reminder that the fun things that were waiting for us are months or even a year or so away since people can't control themselves long enough to put a mask on. Here's hoping we can leave our homes again in the near future and see what Nintendo has planned for us. We're all ready for some sort of release right now, after all.