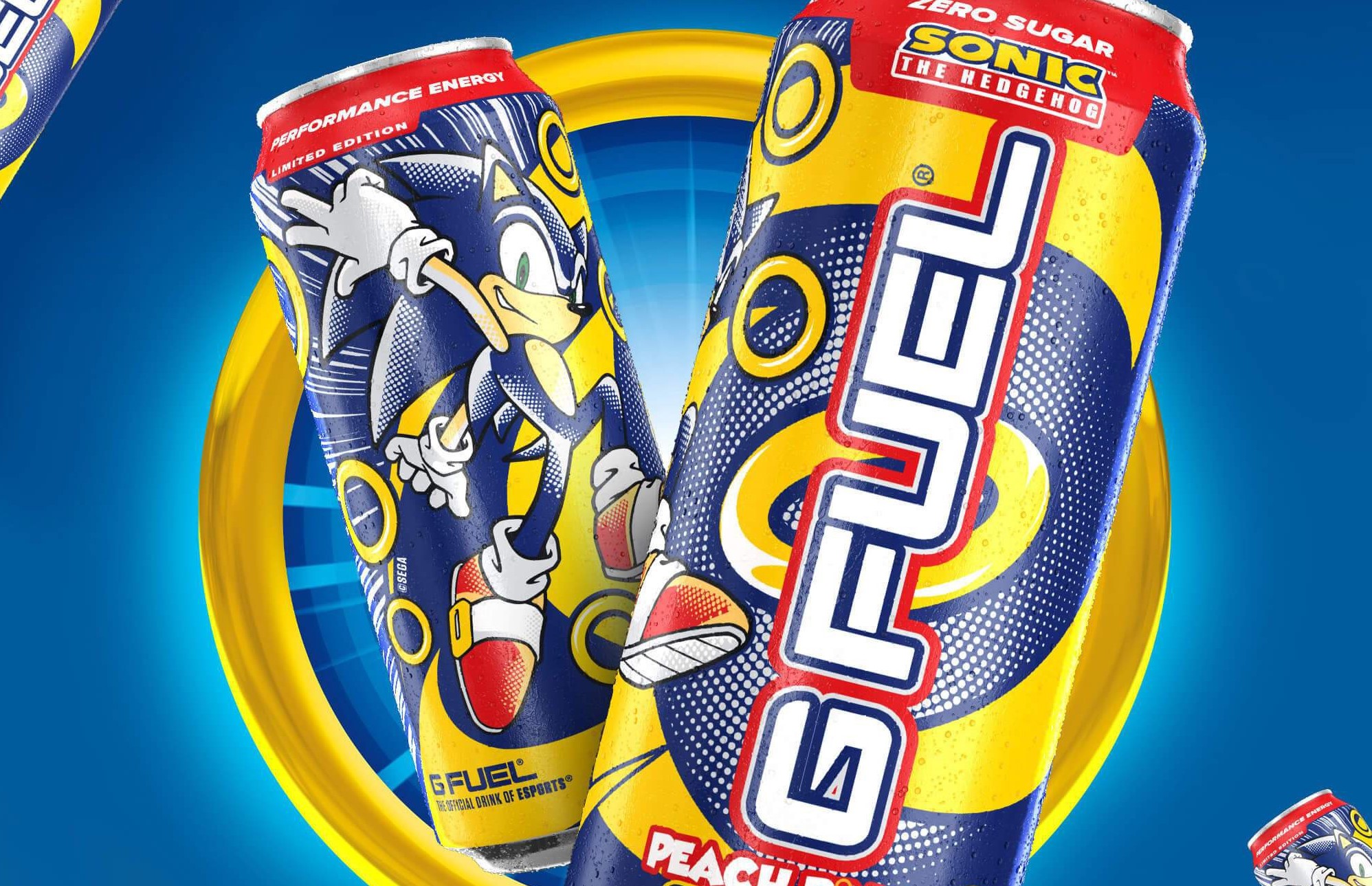 G FUEL and Sega team up for Sonic-themed products

Sonic the Hedgehog is celebrating his 29-year anniversary. Debuting on June 23, 1991, Sonic has become one of gaming's most recognizable faces. Seeing a countless number of adaptations, Sonic has even been the star of his own television show and feature film. Sonic the Hedgehog will now expand into the world of gaming energy drinks. It was announced the G FUEL and Sega will be partnering to create special edition products themed around everybody’s favorite blue hedgehog.

G FUEL made the announcement on their official Twitter account. After teasing a mysterious upcoming crossover, the company confirmed that they’d be teaming up with sonic in honor of his 29th birthday. The announcement was coupled with a brief video. On G FUEL’s website, the upcoming products from the Sonic crossover can be viewed.

Sonic will be receiving his very own G FUEL flavor. Titled “peach rings”, Sonic’s special edition flavor will be available in 4-packs, 12-packs, and a tub full of formula so that owners can make their own mix. Of course, all of these products are designed with Sonic and his signature golden rings. There’s also a collector’s edition box that comes with the tub of formula, as well as a Sonic shaker cup.

The G FUEL Sonic products will be available for purchase in August 2020. In the meantime, fans can join the waiting list so that they don’t miss an update. With the Sonic franchise celebrating 29 years, we could potentially hear more news about the speedy hedgehog. In such a case, we’ll be right here on Shacknews getting that news to you super fast.