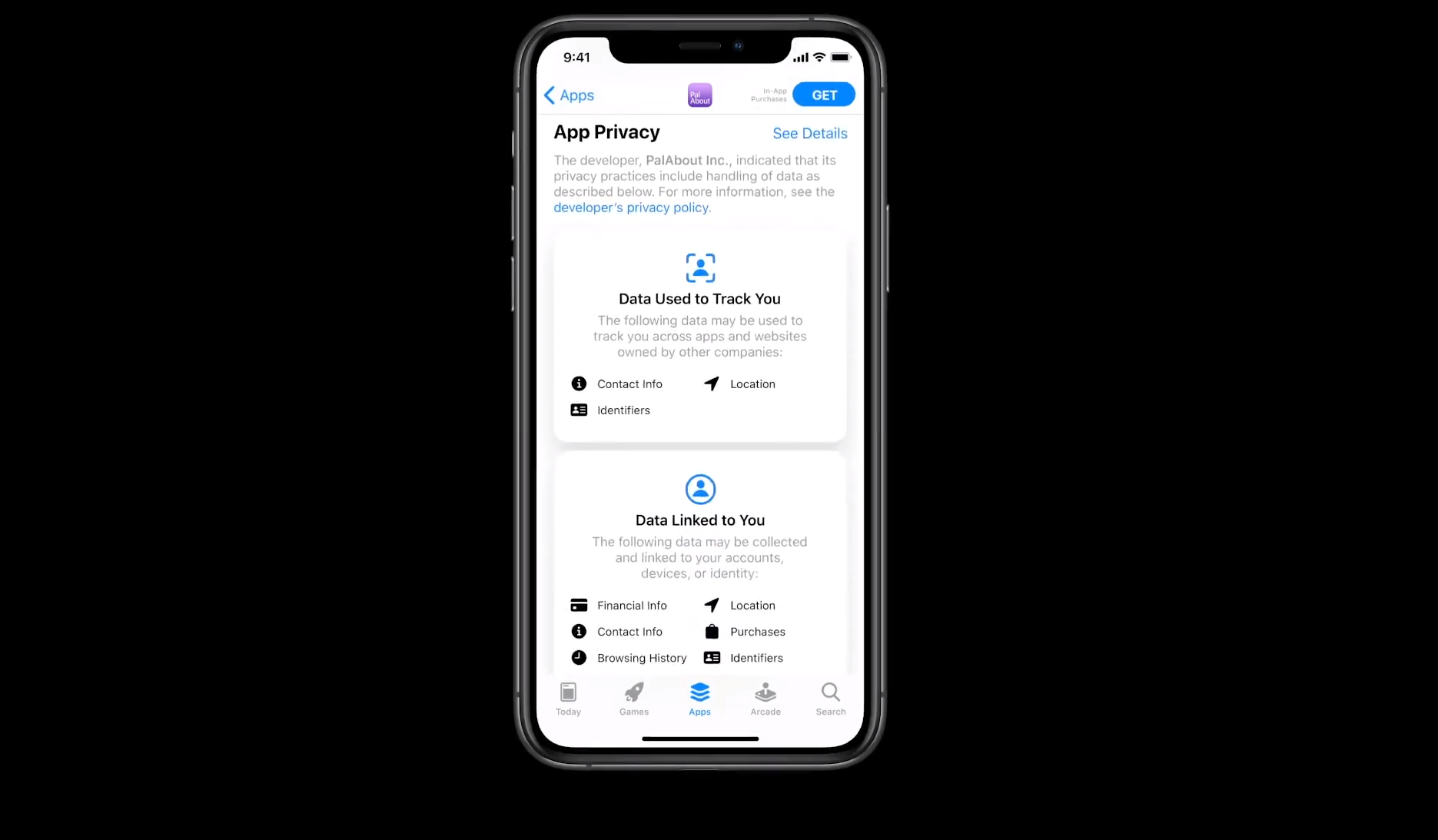 Apple's WWDC 2020 keynote was full of cool new bells and whistles for their plethora of products. However, privacy received a large share of the spotlight as the company detailed new initiatives to better protect users, their information, and their homes. Some of the biggest changes will be coming to the app store.

With technology becoming increasingly prevalent in daily life, concerns around security in regards to private information is constantly growing. During Apple’s presentation, the company gave a briefing on new changes to their privacy policy that users can expect to see. One of the most noteworthy changes will impact the app store and the companies that distribute their products/services through it.

Apple will require developers to disclose privacy and tracking information for applications in Apple’s digital storefront. On the app’s page, Apple has added a tab that lists the information that the app will have access to. For example, during the presentation we see financial information, location, and contacts as some of the potential violations. This will help users make more informed decisions before downloading an app.

Another aspect of Apple’s privacy initiatives revolves around Apple HomeKit. Along with the ability to automate lighting and garage doors, Apple will be further integrating its facial recognition technology into the software. Users will be able to broadcast compatible doorbell footage to their Apple TV, allowing them to keep an eye on things without even having to get up.