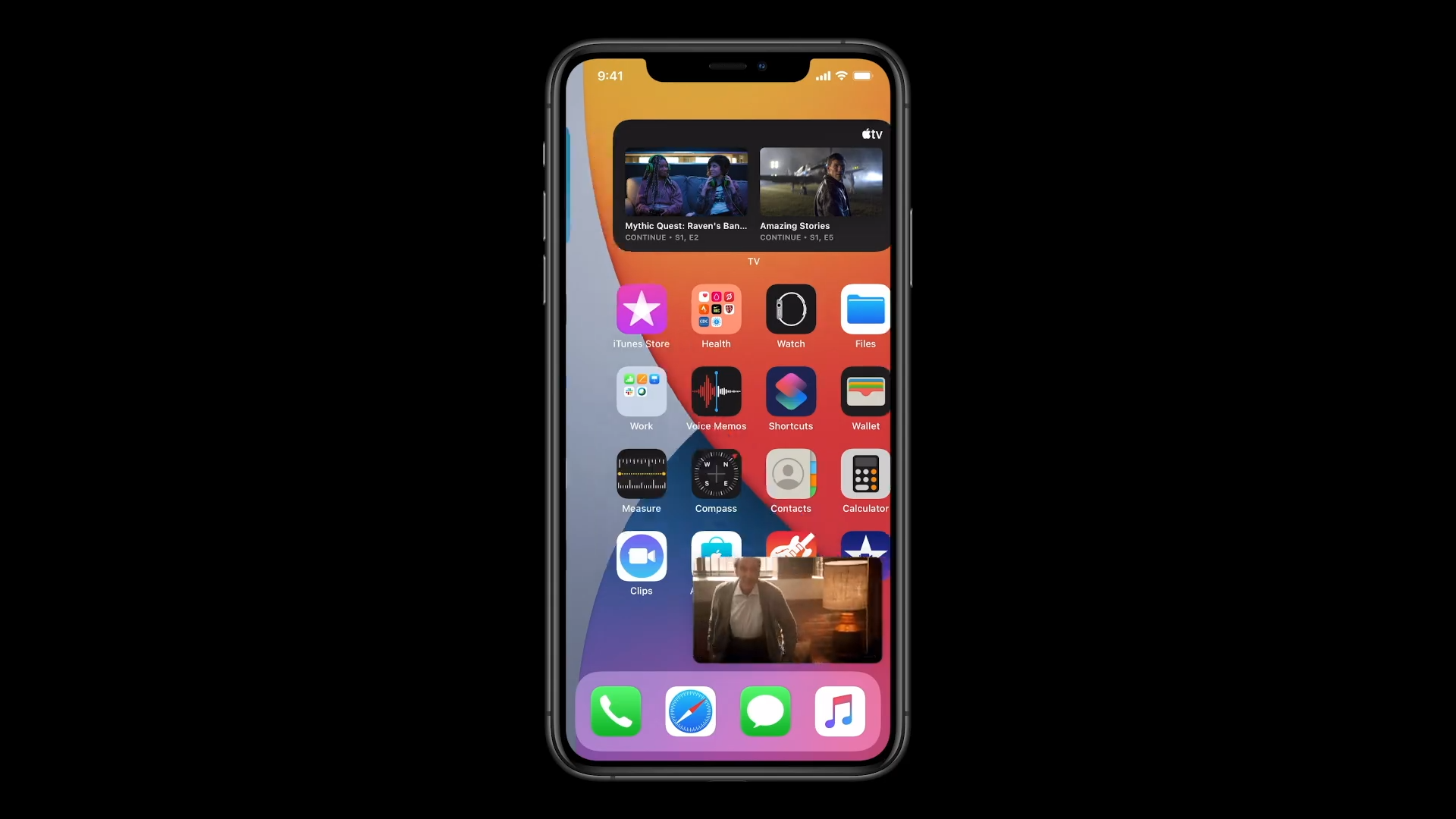 iOS 14 is bringing a ton of new features to the iPhone. During today's WWC 2020 keynote, Apple showed off the brand-new picture-in-picture feature, which is making its way to Apple devices via iOS 14. Users will be able to minimize video, hide it offscreen while still listening to the audio, and just all around multitask better when picture-in-picture arrives with the new iOS update.

While picture-in-picture might not seem like that big of a deal to most users, it will allow you to multitask much more efficiently as you work around your apps. Being able to watch educational videos and take notes at the same time will be a huge time-saver for families who have found themselves relying more on technology and videos to teach themselves things.

During the WWDC event, Apple showcased how the PiP system works. Basically, users can minimize a video app and play it over other windows. This allows the sound and video to continue, and you can even move it around as needed. This is a feature that some Android phones have offered, and it’s good to see Apple picking up the ball and running with it now, too.

Apple iOS14 is looking to bring quite a few changes to the way that users interact with their iPhones and picture-in-picture support is just one of them. Updates to Siri, the Apple Maps application, and more will all arrive when iOS 14 makes its debut. Of course, we don’t have a release date window just yet, so we’ll continue to keep an eye out for more info on that over the coming days and months.

For more information from this year’s Worldwide Developer’s Conference, make sure you head back over to our Apple WWDC 2020 hub.