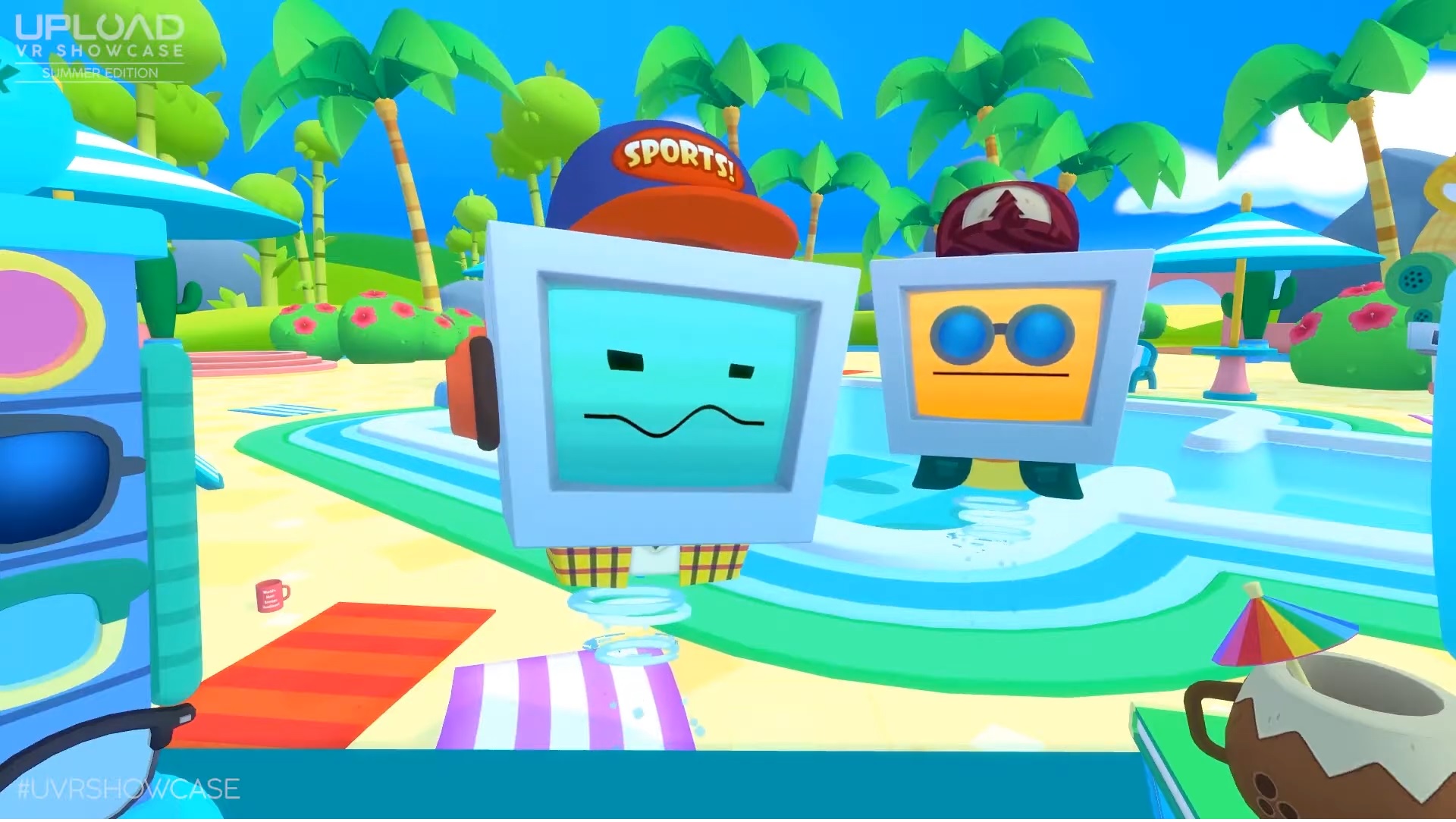 Upload VR held their 2020 showcase, where they spotlighted the latest and greatest in virtual reality. In the absence of E3, and in the midst of a global pandemic, the event was done remotely, with the hosts themselves interacting in a virtual space. There were a number of reveals and announcements during the stream, and we’re going to take a look back and recap some of the biggest news drops.

The showcase kicked off with Solaris: Offworld Combat. Originally announced back at E3 2019, this VR shooter pits teams of 4 against each other in competitive online matches. We got our first look at gameplay for Solaris during the show. In the trailer, we see map layouts, as well as the weapon HUDs and players in combat. Solaris: Offworld Combat comes to Oculus this August, and arrives on PSVR later in the year.

One of the more interesting games shown during the VR showcase was Wolfdog Interactive’s Panther VR. This heist game allows players to plan out and execute their daring missions to steal from some of the world’s richest companies. Upload VR describes the game as a “stealth sandbox”, and the trailer even pays homage to the Metal Gear series. What was most shocking about the Panther VR trailer was the reveal that the game is available today for early access. Those who were interested in checking it out won’t have to wait another day to play.

Owlchemy Labs pioneered a genre of virtual reality experiences with the release of Job Simulator years ago. The 2019 sequel Vacation Simulator built upon that groundwork, and remains one of the most popular titles on VR platforms. During the Upload VR Showcase, Owlchemy Labs announced Vacation Simulator: Back to Job. This expansion looks to add some new content to the developer’s acclaimed vacation experience.

The Upload VR Showcase: Summer Edition 2020 was stuffed with news and announcements for fans of VR. From new The Walking Dead: Saints and Sinners content to a release date for Pistol Whip on PSVR, there’s a lot to look forward to in the coming months.