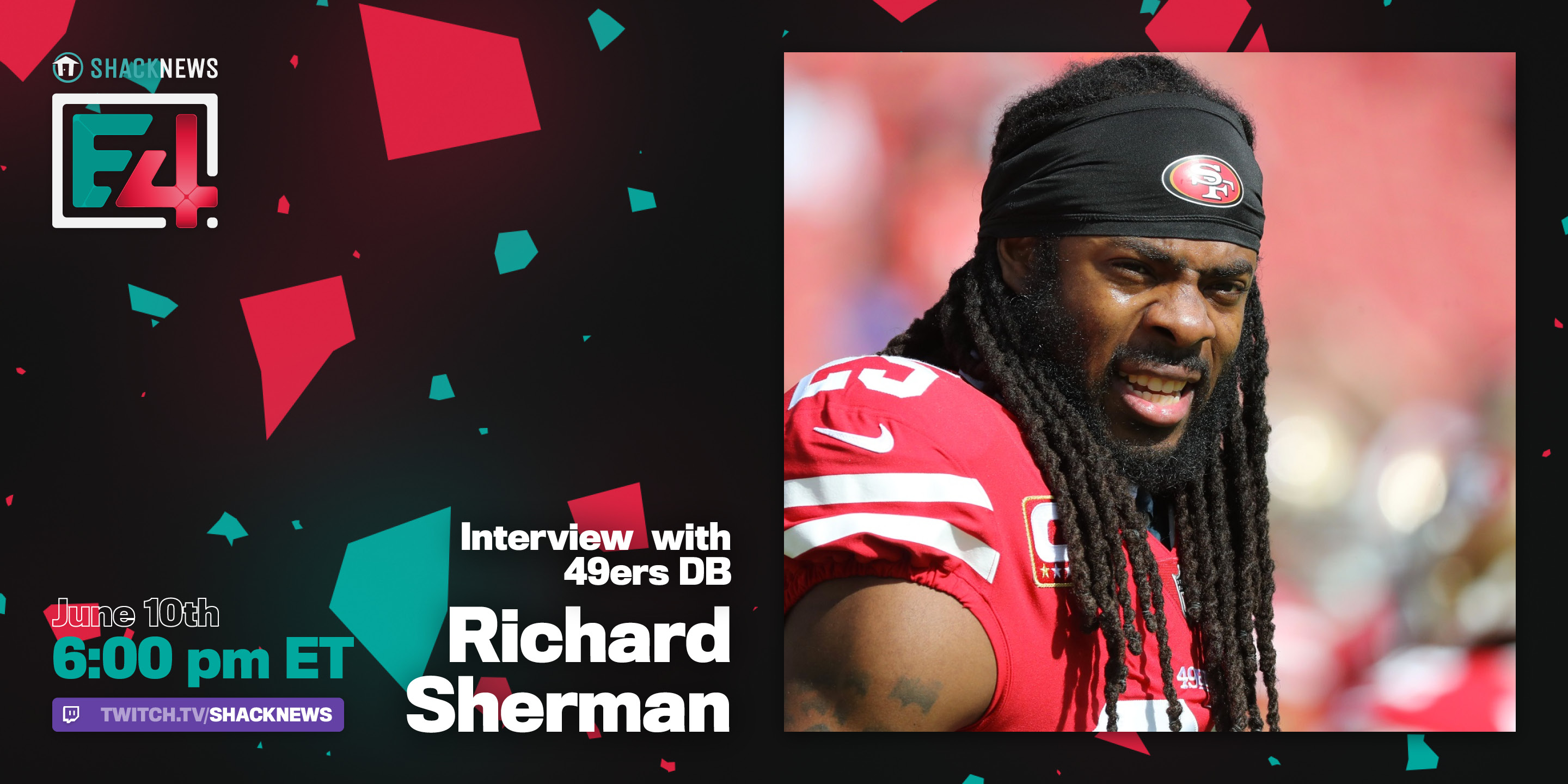 Shacknews E4 has been a constant flow of news, announcements, and entertainment. Originally devised to fill the void left by the absence of E3, this ongoing event has allowed us to still provide the all-out coverage our viewers need. E4 has also been home to a number of surprises. One of these surprises came in the celebrity interview we held with NFL star Richard Sherman.

Our own CEO and Editor-in-Chief Asif Khan sat down with Sherman over video call recently. Super Bowl champion and reigning champion of the NFC, Richard Sherman has had quite the impressive career playing for both the Seattle Seahawks and the San Francisco 49ers. Luckily for Sherman, that NFL season had already wrapped by the time the coronavirus began to completely shut down the United States. But he speaks to the drastic changes it has caused. “These are unprecedented times,” Sherman said. “Everybody’s learning as they go… that’s the best you can do.”

Though the NFL is in its offseason, the pandemic has caused issues for the league and its procedures. Sherman states that his schedule hasn’t been altered much, as he does the majority of his conditioning and working out from home. Sherman also likes to do some gaming in his downtime, citing NBA 2K and Call of Duty as some of his personal favorites. He goes on to talk about his MyPlayer, as well as his prowess in CoD.

This is just a sample of what you get in the full interview with Sherman. To watch the entire 45 minute discussion with Richard Sherman, visit the official Shacknews YouTube channel. E4 also included an interview with Rod “Slasher” Breslau, as well as a gaming session with ICE T.

ShackStream: skankcore64 Ep. 101 - I just feel like you might not be ready for some football
Login / Register