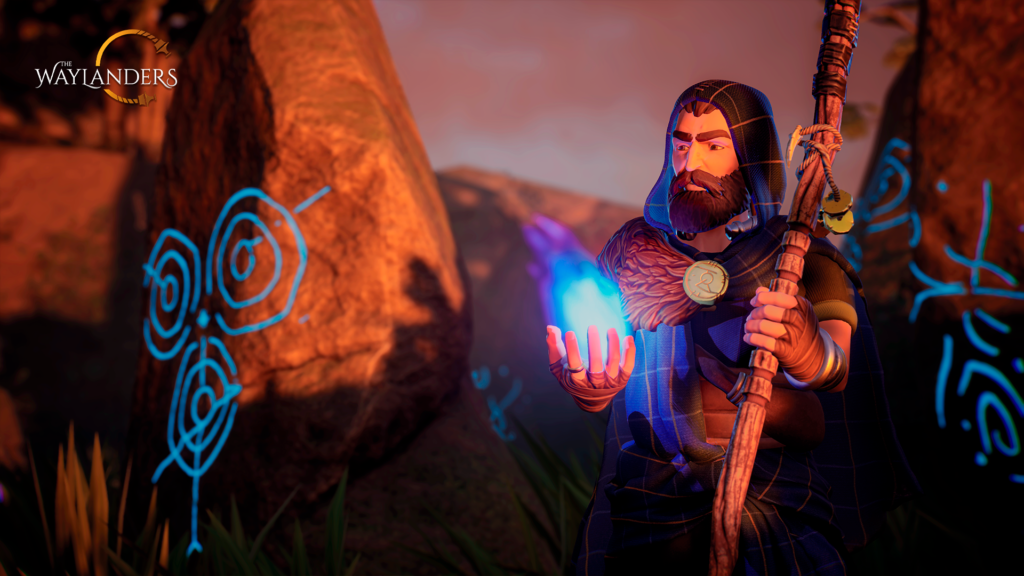 Gato Studio turned heads when they revealed their upcoming project, The Waylanders. Featuring the talent behind Dragon Age, Mass Effect, and Pillars of Eternity, expectations are rightfully high. Inspired by Celtic mythology, The Waylanders is set in Brigantia. With a story based on time travel, players will go on an adventure that bounces between eras. I got to go hands-on with a build of the game ahead of its early access release.

When jumping into The Waylanders, players go through the process of creating their character, as well as carving out an identity. There are a handful of races to choose from, each putting you at a different societal standing. Humans are the most common species in Brigantia, while the Semi-Fomorian are an orcish-like group that have been long exiled from the land they once ruled.

The Waylanders has the classes that you would expect to see in your typical RPG. Warrior, rogue, sorcerer, and ranger are all available from the start. Of course, each class has their own unique traits and abilities that they carry into battle. Healers can regenerate ally health, as well as apply buffs and debuffs. Guardians bear a sword and shield and function like a tank, absorbing both damage and attention from enemies. Lastly, players select their background. This determines the story behind your character leading up to the events in The Waylanders. Celtic soldier and Dogs of Ares mercenary were the only backgrounds available during my preview.

The Waylanders is an RPG through to its core, inspired by titles such as Baldur’s Gate and Dragon Age. The game follows a party-based system with real-time combat. As characters level up, they unlock new abilities that align with their class. As your roster expands, it’s vital to take advantage of the diversity and variety among your crew. I liked setting up my ranger to tag enemies from a distance, while the guardian and warrior got up close and personal with enemies. I used the sorcerer to quickly jump in and out of the fray, while our healer kept everybody in fighting form.

The action in these big group RPG’s can get out of hand quickly, requiring players to constantly bounce from character to character to keep everything under control. The Waylanders allows the player to use a tactical pause option. This lets the player freeze the action without actually pulling up the pause menu. This can be used to manage resources and check on party members without the stress of also dealing with enemies.

For my hands-on preview, I played The Waylanders on a PC using keyboard and mouse. I spent a little bit of time using a controller, but found keyboard and mouse to be the optimal way to play. You can move around the world using the WASD keys, but also by pointing and clicking on destinations. It’s also easier to manipulate the camera using Q and E rather than an analog stick.

The story of Waylanders takes place between two eras, Celtic and Medieval. Rising political tensions between a prince and a general find players caught in the crossroads. Add onto that the fact that an unprecedented event puts players in limbo between two time periods. On this journey, players will see a number of different environments, as well as meet a diverse cast of characters.

I was really intrigued by the story in The Waylanders. I know next to nothing about Celtic mythology and lore, so many of the creatures and locations were unfamiliar to me. It’s not often that games go all-in on Celtic mythology, so it was neat to learn a little during my playthrough. The story is also anchored by some exceptional voicework, which hit me in the opening minutes of my time with The Waylanders.

The Waylanders’ marketing sports an all-star lineup of talent from the minds behind the script, to the programmers and designers. It’s this amalgamation of talent that had me a little trepidatious going in. I worried that Gato Studio’s RPG would end up being a little less than the sum of its parts. Fortunately, The Waylanders nails expectations, offering a new and unique addition to the beloved genre.

Star Wars: The Old Republic - Legacy of the Sith preview