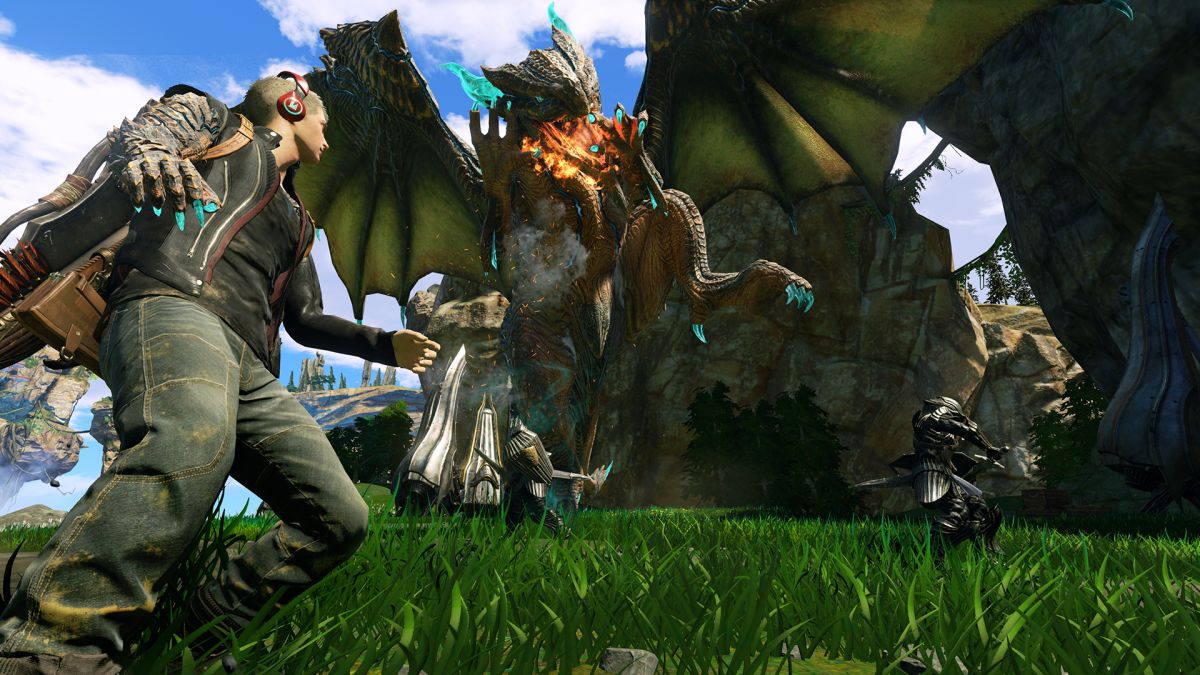 It feels odd to say it, but we didn't get to go to E3 this year. It seems one of the most popular electronic entertainment expos over the past decade may be finally reaching its end. We're doing our best to give you that same tasty E3 experience with E4 2020 and the Summer of Doing Our Jobs. That includes serving up delicious commentary on some of the trailers we didn't enjoy throughout the past few years. Sure, we already served up our faves on a platter. This time, though, we're talking trailers that we can take or leave. And buddy, you best know we're leavin' 'em. Check them out below.

We don't hate the idea of Scalebound, but we aren't fans of the fact that it suddenly went away. It was so close, yet so far, and after being debuted at Microsoft Studios' press conference at E3 2014, it was eventually canceled outright in January 2017. It's a shame, because it looked like an impossibly cool idea that we would have been behind 100 percent. Unfortunately, we were left wanting, and we'll probably never see the game actually happen. Forgive us for being a little bitter.

Watch_Dogs looked a lot cooler than it ended up being. I also came out looking far less fantastic than the trailer would have had us believe. Watching Aiden Pearce hacking Chicago actually wasn't as fun as this E3 demo made us believe. The trailer certainly made it seem like a much more interesting adventure than it was, and as such watching this reasonably cool walkthrough leaves us feeling a little wanting.

No Man's Sky has evolved beautifully into the game it promised it would be when it first hit the scene. But back when we first laid eyes on this game, it insisted it would give us the world. The trailer promised lush landscapes, plenty of worlds to explore, alien life, and so many ways to interact with an alien universe. Instead, we got a bleak, basically empty version of the game that we always felt a little let down by. While it's worked its way up to being a good game in the interim, we just can't shake being disappointed by what we actually got. So this trailer can honestly get lost.

We're not going to deny how cute it was to see Shigeru Miyamoto "playing" an instrument with Wii Music onstage at E3, even if it was terrible and warmly. But this presentation just didn't go over well at all. Wii Music was an interesting experiment for sure, but this presentation went over like a lead balloon and totally murdered the Mario song we all know and love. Honestly, Nintendo, you probably should have gone pre-recorded with this one.

There's using a trailer rife with real scenes and gameplay to sell a game, and then there's using a trailer that's completely inaccurate to sell a game. Dead Island was a God-awful mess when it released, and it was hardly the emotional appeal that this trailer did its damnedest to broadcast to gamers around the world. It wasn't anything like the tearjerker of a scene that played out while zombies attacked the family in the trailer – namely the little girl – and as such, we feel like we got a much different game than we were promised. Also, this trailer was too melodramatic to begin with.

We never asked for this, but we got it anyway. This entry in the Deus Ex series feels like it may have been more appropriate as a movie or a tie-in instead of a full game. Adam Jensen just didn't hook us like JC did, and it was a little too edgelordy for its own good. We weren't really feeling this trailer, boys.

Uh...what even happened to this game?

Do you agree with our picks? Think we're clowns? Be sure to share your thoughts in the comments below. Then let us know your picks for the E3 trailers you aren't so keen on. You can even say you hate 'em if that makes you feel better.