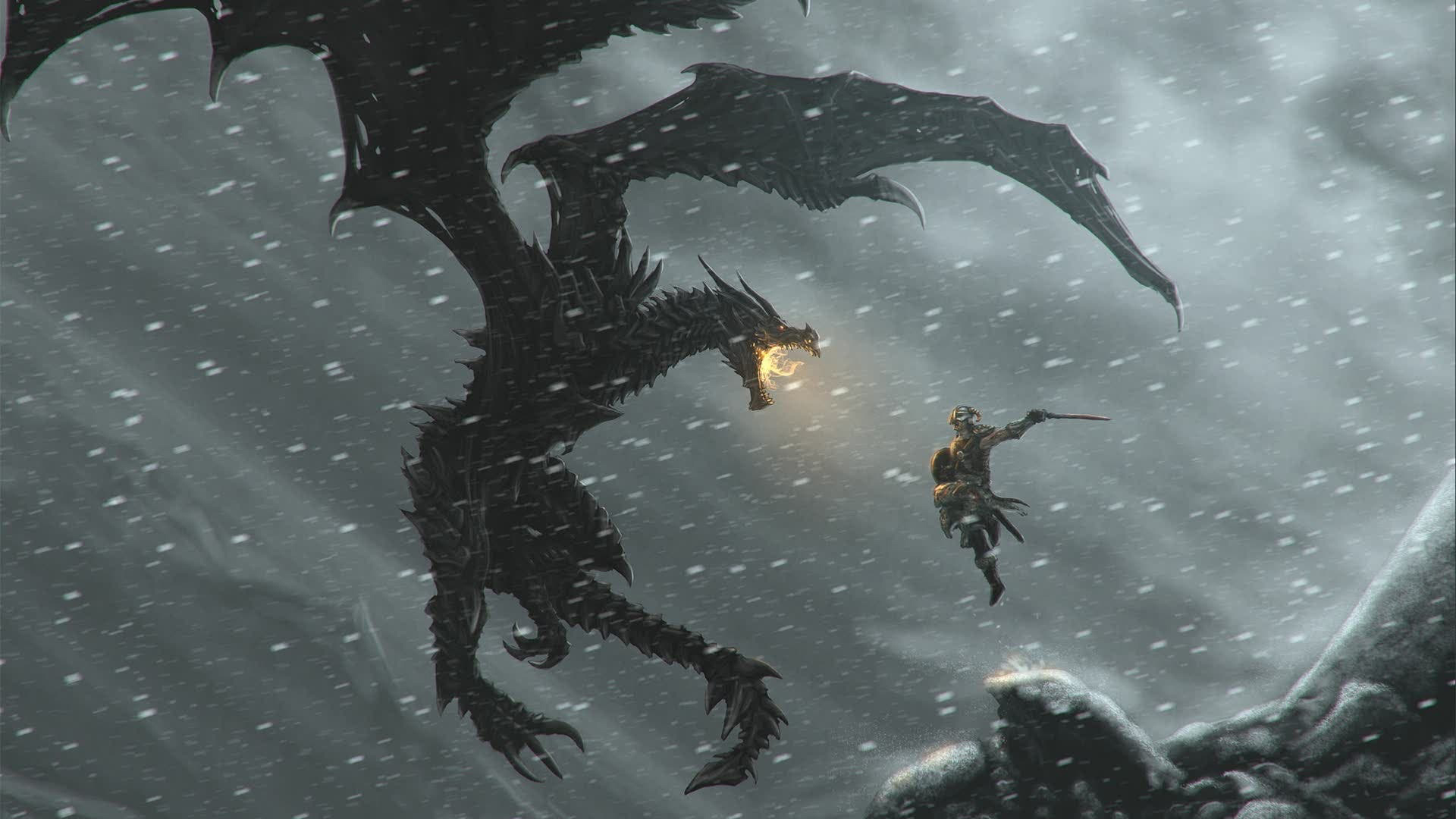 Skyrim Grandma is taking a break for health concerns [UPDATED]

UPDATED (May 26, 2020 @ 11:03AM PT): Shirley "Skyrim Grandma" Curry recently addressed the supposed stories going on about patronizing comments and harrassment as originally reported by VG247. According to Curry, though the video in the original story below lays out her stress with some viewers complaining and telling her how to play, as well as the concerns over her own health, it wasn't "an onslaught" of comments that pushed her to her decision. Rather, Curry claims that the harrassment was greatly exaggerated and that despite explaining her annoyance with the aforementioned commentary on her videos laid out in the original story, those comments and commenters make up a very small part of her audience.

VG247 I don't know who you are or where you get your ideas from, but there was NO "onslaught" of patronizing comments!!! But yes I am scaling back my videos due to health. Most people on my channel are very nice. I do wish you would delete this so it would go away.

Curry clarifies in the tweet above that, more than any sort of perceived harrassment or annoyance with commenters, her health is the priority behind her decision to scale back recording. A part of this was also frustration with certain bugs in Skyrim, which had forced Curry to the decision to end the Chronicles of Jhondor series of videos. Clearly, Skyrim Grandma's health concerns and frustration stemmed from a multitude of concerns, but it would appear that the original perception of nasty commentary as the priority reason may have been blown out of proportion.

With this clarification in mind, the original headline and strapline have been corrected to more accurately convey Shirley "Skyrim Grandma" Curry's intentions in her recent video.

Original Story: Shirley Curry, known by many as Skyrim Grandma, is taking some time to focus on her health following online trolls and negative comments on her videos. The 82-year old gamer has become an online sensation that has won the hearts of gamers the world over. To hear she’s been dealing with unsavory comments online is heartbreaking.

Three weeks ago, Shirley posted a video titled “Shirley’s Ohio Vlog #12” where she outlines what’s been going on. This story was originally reported on by Emily Gera of VG247 on May 25, 2020. According to Shirley's vlog, the elderly gamer is tired of comments telling her how to play, questioning her in-game choices, and otherwise belittling her.

Shirley goes on to state that her blood pressure is high, as are her stress levels, and she’s got a plan to combat that. Firstly, any comments telling her how to play will be deleted. As she puts it, she’s tired of explaining to people why she plays the way she does.

“I’m not enjoying recording anymore at all, it’s no longer fun,” Shirley admits. “I feel like I’m under a microscope all the time. I have much more fun, and I play much better, when I’m just playing by myself.”

Secondly, Shirley will be taking some time off to get her health in order. This is the perfect time to do that, as there are no doubt outside pressures and stresses thanks to the COVID-19 situation. She’ll be having at least two weeks off before starting a new streaming schedule, which looks to give her more downtime to care for herself.

It’s certainly a sad day when someone like Shirley Curry has to take time off because of comments leading to stress. Backseat gamers are the worst, and as Shirley puts it, “I don’t need people telling me what sword to use or shield to use. I have my favorites.”

Shirley wraps up by stating she’s not trying to be cranky, mean, or hurtful, she’s just trying to get her health under control. Goodness knows we need Shirley feeling tip-top so she can meet herself as an NPC in Elder Scrolls 6.