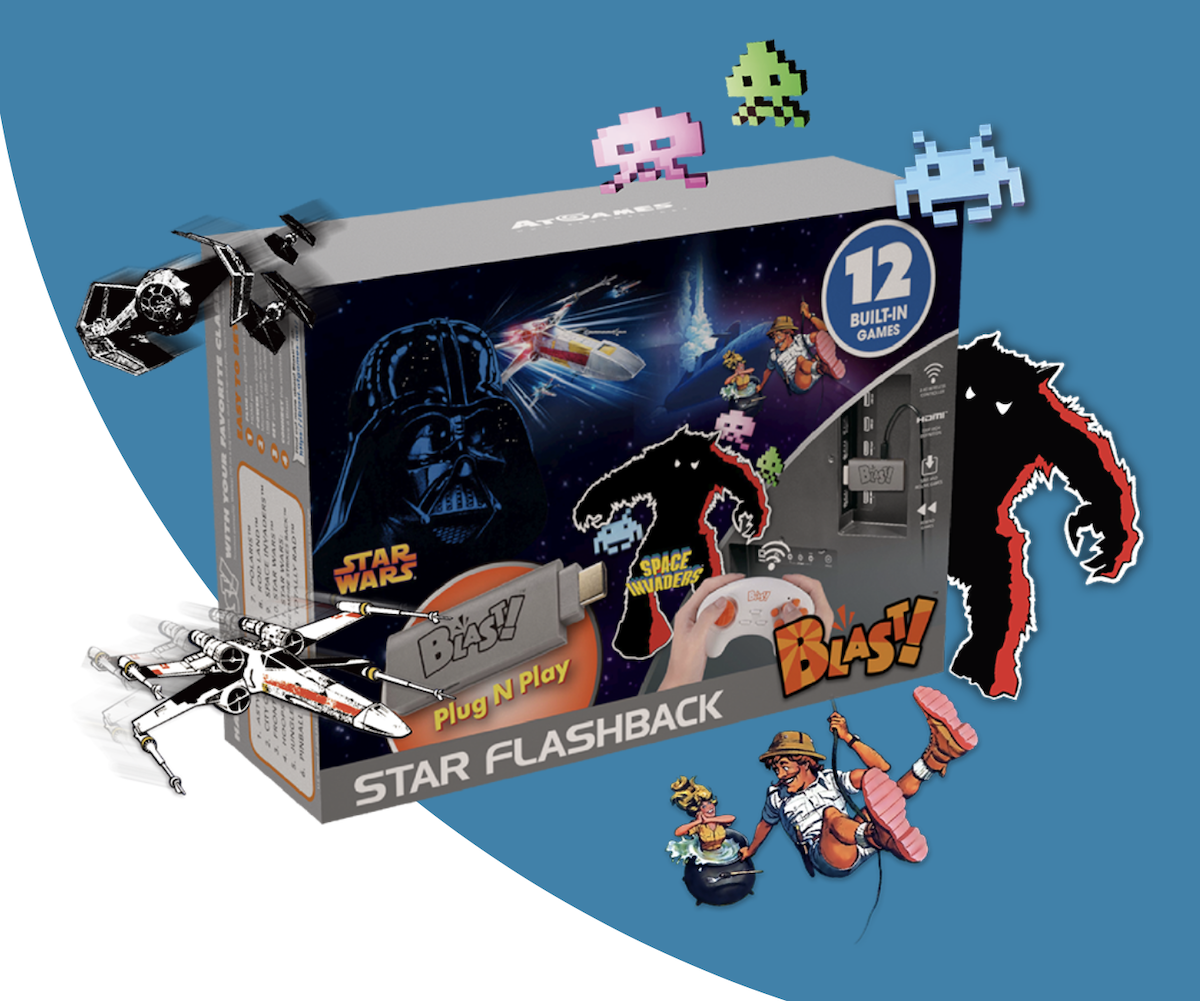 Retro gaming can be a difficult hobby to keep up with these days. Unless you're willing to shell out the cash needed to purchase classic consoles as well as any equipment required to run them on your modern TV, it's usually not worth the trouble for most folks. Luckily, if you're not a collector but still want to spend some time with a few classic games here and there, plug-and-play consoles exist.

The Blast! line from AtGames is a great way to experience a variety of older titles, as long as you're not looking for the same bells and whistles provided by similar compilations like the SNES Classic or Sega Genesis Mini. Ready for a trip down memory lane? Here we go!

A blast from the past

This particular lineup is a completely no-frills, no-fuss setup. You won't get a bespoke controller or anything like it here, but you do get a functional set of games with reliable hardware. Each Blast! console comes with a controller as well as a plug-and-play device with a microUSB cable. The controllers resemble classic Genesis 6-Button Arcade Pad models instead of the original releases with just three buttons. Each one is white and orange.

The dongle is built sturdily, and each comes in a different color according to the collection you purchased. The dongle color tends to match the box, if that's important to you. All you need to do to set it up is plug the dongle into your HDMI port. Then connect the micro-USB cord into a USB port or an AC adapter, which isn't included. Go through a quick setup portion, and then you'll be at the menu. Pair the controller via Bluetooth, and you're ready to start playing.

It's no trouble at all to get set up, so you're playing in minutes after you unbox each unit. When you get your dongle connected and you're up and running, you'll be greeted with a startup screen. Afterward, you'll get to check out a menu with a variety of different games to play.

I tried out several different AtGames Blast! compilations, but my favorite had to be the eclectic lineup of the Star Flashback Blast! edition. The box heavily advertises Star Wars, and there are two games from the massively popular movie franchise included: the NES Star Wars and Star Wars: The Empire Strikes Back.

The rest of the NES lineup for this console includes titles like City Connection, Pinball Quest, Rod Land, and Astyanax. Some of the games are Atari 2600 titles, which is a bit odd, so if that's not what you're looking for, you might want to do more research on what's included in each pack.

Otherwise, each system comes with 8 to 20 different games. For instance, the Bandai Namco Arcade Blast! Version comes with some truly excellent options: Dig Dug, Galaga, Pac-Man, and more. The Adventure Flashback Blast! Console comes with Tetris, Aladdin, Maniac Mansion, The Lion King, and several others. Given that they all cost $29.99, you'll have to make sure you're buying the set with the games you want the most on them. I found a very intriguing mix for an affordable price, which you're paying for the convenience of.

The menus are fairly straightforward, with the games laid out in a plain, yet functional manner. You need only scroll through the titles available and press the "A" button to choose the game you want to play. Once you select a game, you can jump right in. I wasn't expecting this feature, but there was actually a rewind button that allows you to turn back gameplay by 7 seconds. There are no save states or anything like that, but the rewind feature can definitely get you out of trouble in a pinch if need be.

In some games, however, I did notice a bit of screen tearing and smoothing of the retro graphics. I didn't see much by way of the menu to change this, but it wasn't the end of the world. I can see how it might be a bigger frustration for others, though I was most perturbed by the screen tearing for these older games. It continued to happen across models, so it wasn't localized to just one. This doesn't really detract from the overall experience and wouldn't for most buyers, but as someone with an eye for retro hardware and games, it did bother me a bit.

Flashing back to fun

The Blast! Consoles on offer are fun, simple, and teeming with great games. At $29.99, they're a bit steep to recommend to just anyone who wants to experience retro games. But for enthusiasts with a bit more cash in their pockets, these plug-and-play options are a great way to diversify the games you have on hand and the perfect start to a gaming-filled weekend. With a few more features, for the price, they'd be fantastic. But as they are, they're perfectly serviceable for anyone looking to experience a few "Blasts!" from the past.

This review is based on various Blast! Console hardware provided by the publisher. Each version is currently available to purchase for $29.99 apiece.