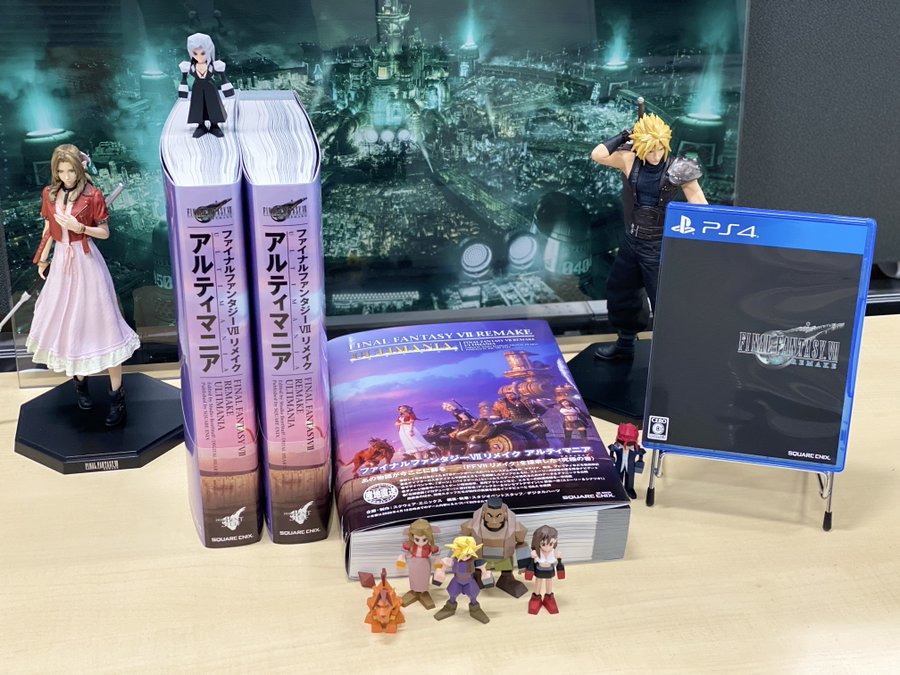 That means you can get a massive tome filled with everything related to Final Fantasy 7 Remake very soon, with 752 full-color pages for around $25, all in Japanese, and available via the Square Enix Japan storefront. The book itself is officially releasing on April 28. That's tomorrow!

There will likely be an English version of the book, but it's yet to have been announced. If you can't wait, you might want to go ahead and pick this one up.

Previously, our own Greg Burke reviewed Final Fantasy 7 Remake and awarded it a 9 out of 10. Here's what he had to say:

"Final Fantasy 7 Remake is a masterpiece, a love letter to FF7 fans, an homage to one of the greatest games of all time. At its best it does everything the original did in 1997, revolutionizing the way video game stories can be told and reimaged. Square Enix has created a wonderful game full of characters, set pieces and stories for a whole new generation of players to follow the journey of Cloud Strife and his friends on a mission to save the world. Even though I personally didn’t care for the last hour or so of the game, I can’t deny the amazing effort Square Enix has put into Final Fantasy 7 Remake. It’s a fantastical, wonderful, magnificent experience for new and old gamers alike."

What do you think about Final Fantasy 7 Remake? Be sure to let us know in the comments below.