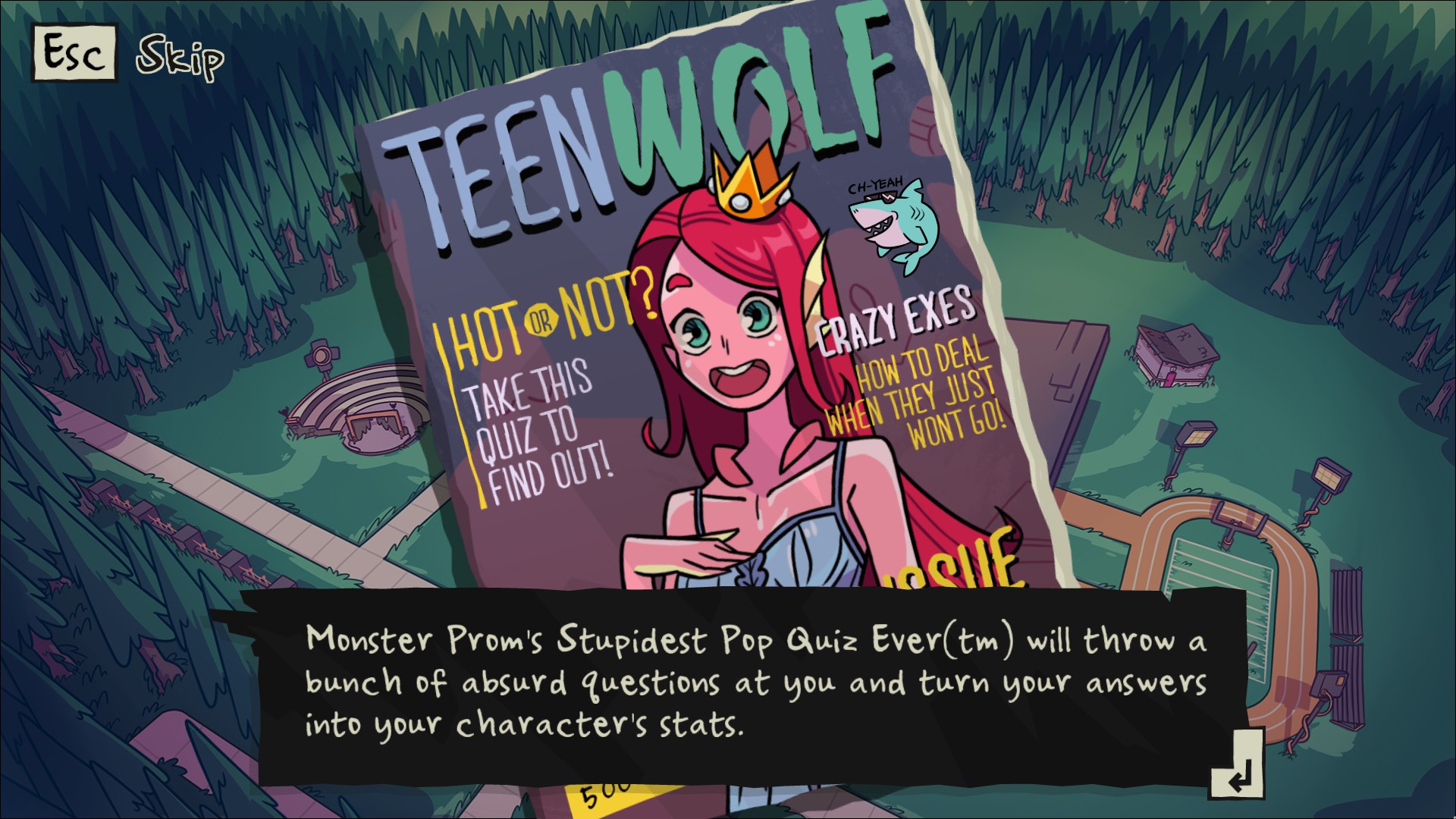 Monster Prom is back, and this time it's headed to the Switch. If you missed out on the game the first time when it debuted on PC, now you can pick it up as Monster Prom XXL, which includes the base game and Second Term DLC.

You have three weeks in-game to find a prom date, which means you've got to find the perfect monster to head to the event with. Choose from Damien, Liam, Miranda, Polly, Scott, and Vera, and Calculester and Zoe with the addition of the Second Term DLC. It's really too bad they're all horrible caricatures of selfish teens whose only concerns are drinking, doing drugs, or partying. They really all do feel very one-dimensional and there's hardly any romance to be had.

But if you want a raunchy, aspirational sim with a lot of pop culture references that already feel dated, this game will do it for you. Apologies for being bitter. I really had my heart set on loving this game and it wronged me.

I reviewed Monster Prom previously and awarded it a 5 out of 10. It really was not as good as it looked, and its artwork is pretty stellar. Here's what I had to say:

"Monster Prom had so much potential and so much to offer that I couldn't wait to tear into it. And on a superficial level, it's an interesting experiment that I thought I would love. Unfortunately, just like the monsters you're courting, once you get to know it it's only a great-looking shell with some fairly rotten insides. I'd like to see updates come down the line to open up new romance options, additional things to do, more purpose for the stats, and improved writing. Until then, I'll be sticking to the dating sims that don't try and court me with "shocking" writing that's tamer than what comes out of my mouth on a daily basis."

If you want to see how you feel about it though now that it's on Switch, you can pick it up on May 21.