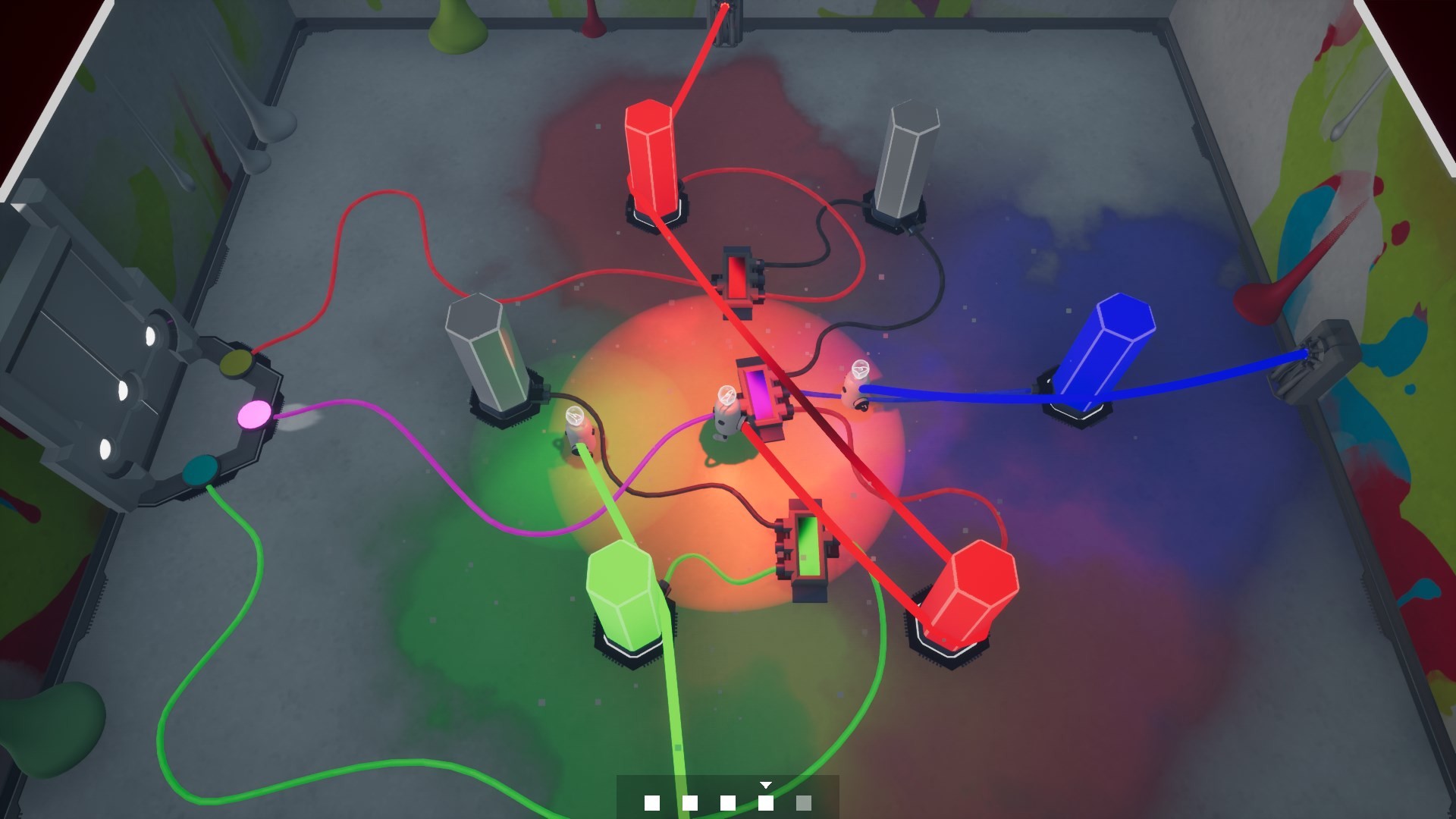 Filament review: Light up the night

What's the mark of a great puzzle game? Is it austerity that keeps you coming back for more? Is it the sense of accomplishment you feel when you've bested a particularly difficult stage all on your own? Perhaps it's a combination of those things, with a great narrative and fantastic controls coming together to make something wholly unique. Deep space puzzler Filament ticks all of those boxes, and in doing so crafts a memorable adventure that you'll want to take again and again, provided you don't get too stumped by the enigmas presented to you within.

You're a space explorer tasked with checking out a seemingly abandoned ship: the Alabaster. At a glance it appears to be completely empty until a voice calls out to you from the emptiness within. It seems that your only company in this strange new place is a sardonic female voice who attests that she's been "trapped in the cockpit" for a few weeks. She doesn't seem pleased with the thought of the likes of you being her only hope, but you are. Her name is Juniper, and she’ll be your guiding light throughout the game.

Using the Alabaster's communications system, Juniper works to guide you through getting her out of the cockpit and solving the various puzzles you’ll face while you make your way around the ship. Juniper needs you to power up a series of terminals that can be found scattered throughout the Alabaster, which leads into the bread and butter of Filament: the puzzles you'll soon be scratching your head over for moments on end. That’s where the game really and truly begins.

Filament is simple to understand at its core. You're tasked with hacking into objects scattered around the environment not as your stalwart spaceman, but a tiny robot that illuminates the room with glowing trails of colored light as it zooms around – that's the filament the title refers to. Your goal is to seek out a path that lets you loop around each stage (which is chock-full of obstacles) without touching anything. Think of it as a top-down riff on the board game Operation.

As you guide your tiny robot around, you must light nodes carefully and patiently to eventually open up the next door. This may sound simplistic, but once Filament begins operating at full capacity, it can become quite tricky. Occasionally, you'll be faced with black pillars that can keep your trail of light from glowing if you wrap around them. Some of them can be turned into white pillars, which "purifies" them in a way, but you need to trigger additional pillars surrounding them. You must figure out a way to weave in between the "good" and "bad" pillars to proceed –and that's just one example of how Filament forces you to think on your feet.

There are other mechanics that add to Filament's difficulty level as well. Keep in mind that you cannot double back over your cord, and you may even end up blocking your own path depending on how you've run around a specific puzzle area. All of these obstructions and permutations on the puzzles combine as you make progress through the game to add more layers of challenge. When you’re a couple of hours in, you’ll feel truly accomplished after several rounds of brain-melting puzzles, which is exactly how you should feel after spending time in a game like Filament.

If you happen to make a mistake, there's no "failure" state that occurs. You can return to the start of the level if you believe you've fudged a puzzle with the press of a button, and there's no waiting to do so. This means you can implement trial and error strategies without fear of risking anything. There are no detriments to trying over and over, except perhaps your own time you spend working on reaching a resolution.

Outside of solving puzzles, you'll be given some time to explore the Alabaster at your leisure. Sometimes you'll pick up key cards that grant you access to logs that clue you in on the ship's activities before Juniper was left on her lonesome. These world-building mechanics help endear the game to you and make it feel more important than just a mere vehicle for different "flavors" of puzzles that you're meant to solve to reach some sort of resolution. I would have liked to see more opportunities for exploration outside of completing puzzles over and over as Juniper continued to intrigue me, but a puzzle game can’t fairly be faulted for featuring a high amount of them, after all.

Tangled up in greatness

Part of what makes Filament such an exemplary exercise in what it's like to make a great puzzle game is how simplistic it can truly be. No one's calling its challenges easy, but the setup is as such that anyone can understand them and how to play. Its core puzzle setup needs only be tweaked a tiny bit here and there to become a multilayered quandary that might take an hour or so to solve. Granted, this might not be everyone's cup of tea, but for those seeking it out, it's refreshing.

It's just as integral to the game as Filament's slick graphics, soothing music, and one-button interface. There are no complicated control setups to memorize or difficult mechanics to guide your tiny robot and complete puzzles, and that opens the game up to a much wider audience.

Filament is a unique and robust take on the traditional puzzler. It’s colorful, satisfying, and rife with characters and situations you want to know more about, which pushes you to keep playing, even when your brain feels positively exhausted. If you’re looking for a slick puzzler that’ll have you mired in your chair for hours turning around solutions, look no further.

This review is based on a Steam download code provided by the publisher. Filament is currently available on PC via Steam.