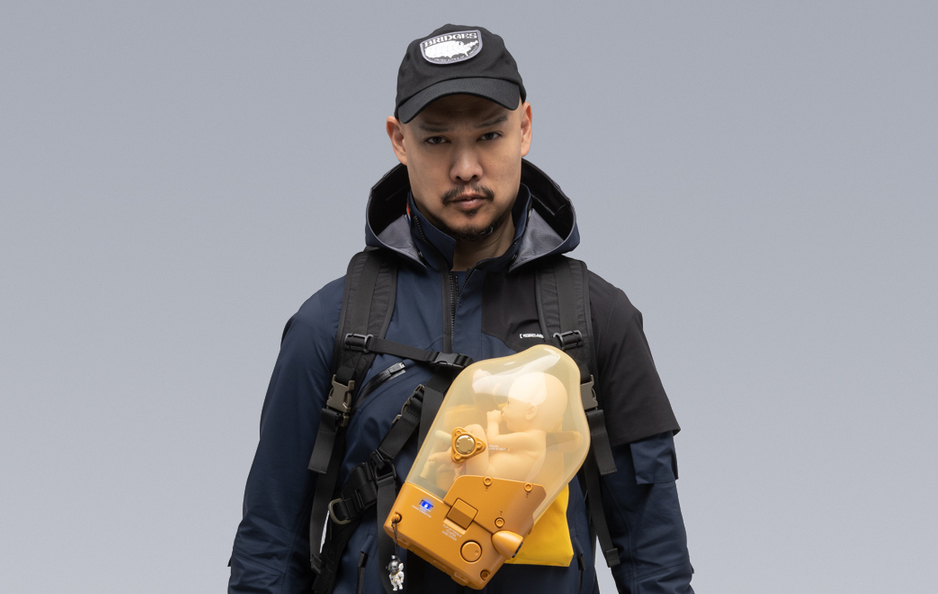 Have about $2,000 on hand? Really want a cool-looking Death Stranding jacket? Well, you already missed out, but you could have had a pretty slick bit of kit from Acronym: a Death Stranding-inspired jacket that could have made you look just like Sam "Porter" Bridges.

The man himself, Hideo Kojima, teamed up with artist Yoji Shinkawa to change up the company's J1A-GT jacket into something resembling the garb worn by Sam and other characters throughout Death Stranding. Acronym co-founder Errolson Hugh is actually in the game, and there are Acronym products there as well.

This pricey jacket, had you been able to snap it up, is "Timefall-proof." That means you won't have to worry about any sort of weird rain aging you if it touches you.

Haven't played Death Stranding yet, so not sure what any of that means? Be sure to check out my review, where I awarded the game a 9 out of 10. Here's what I thought:

Still over here kind of wishing I could have snpped that jacket up, though, honestly. Look how slick that thing is.