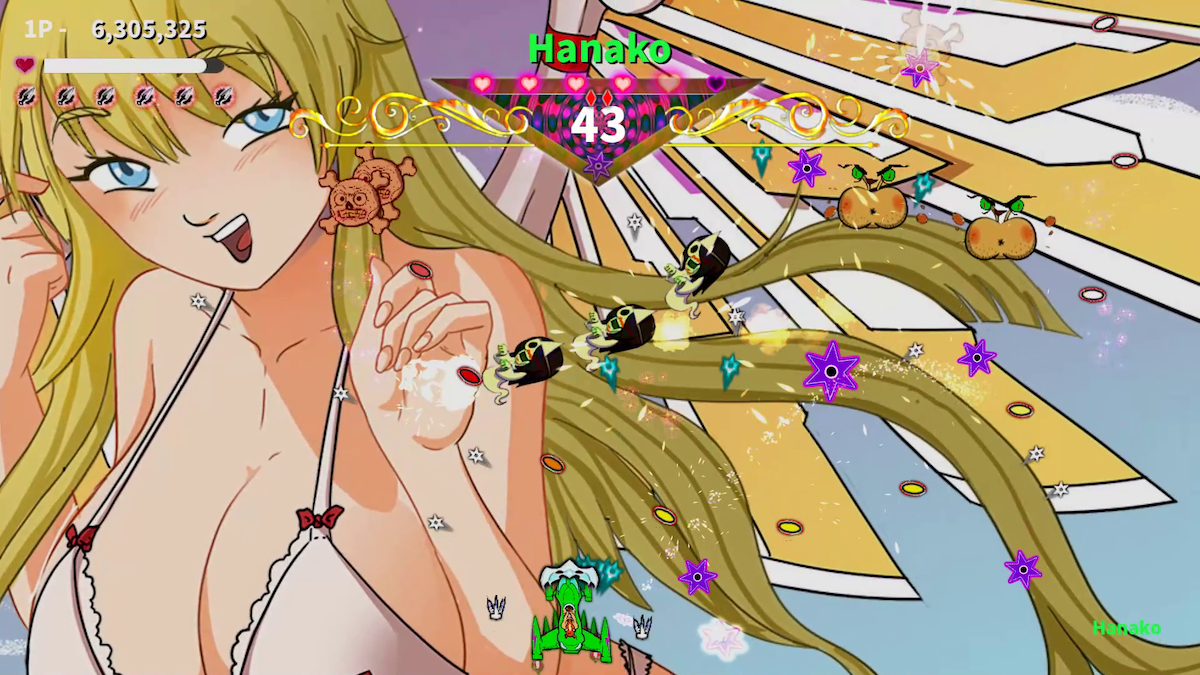 Are you a waifu white knight? Do you take it upon yourself to save women in bikinis when they're threatened by aliens? Don't we all? You'll do just that in Waifu Uncovered, a shooter where you're assaulted by colorful skulls, beams that look like Tic-Tacs, and a veritable overabundance of silliness. You'll fight off all these "alien viruses" for a glimpse of some, uh, womanly assets. That's the premise behind Waifu Uncovered, hence the title, as you may well have guessed. But is it worth sitting through level after level to see some skin? I'm going to give it to you straight. Not really.

Waifu Uncovered is pure, unadulterated silliness. At its core, it's a simple shooter masquerading as an adult game much like titles such as the '90s Gals' Panic series. You play K.Vaio, a ninja horse (don't ask) tasked with defending a gaggle of girls from an alien virus. We'll call it coronavirus, just to be creative. Somehow, it's infected their clothing and you've got to kill off an entire spectrum of evil virus enemies so that they're well again. If only medicine really worked like that.

The game doesn't really touch upon this at all, and I know this mostly from the press release and accompanying information with the review key. You jump right in otherwise and start slinging your spaceship, as it were, holding down the "fire" key to start blasting through each level. You can choose your difficulty, then the normal or slightly more difficult mode from a dossier screen. Then, it's off to battle, which is pretty much the only thing the game is comprised of.

Throughout a series of levels, you command a few different ships with varying stats. You'll unlock a new one as you defeat additional boss aliens. This is your typical run-of-the-mill shooter that has your finger leaden on the "fire" button like a cinder block on a gas pedal. Your only mission? Kill everything you see.

As you kill off enemies and dodge their blasts, you'll start seeing the clothing on the sexy anime babe in the background disappearing until they're down to their (censored at first) birthday suit. Their clothing is infected by space viruses, you see? It's gotta come off. And come off it does, little by little, as you make your way through a seemingly never-ending amount of bad guys.

There's a decent variety of enemies, which are as silly as they are dumb. There's a brain with a stem and eyeballs, black Hello Kitty monsters with red bows, pigs in spaceships, farting anuses complete with hairy butt cheeks, and a series of skull and crossbones. There are even a few meme faces thrown in for good measure, and they're treated like enormous asteroids you need to shoot continuously to break up before they block you in and trap you, while you take damage.

After you clear out a set number of enemies shown by the number in the middle of the screen at the top, you'll advance toward the next phase of battle. Eventually, you'll face a boss which is as ridiculous as it sounds. There are several different ones you'll square off against, and they'll pelt you with more severe attacks while reveling in how weird and strange they are.

For instance, one boss is called "Deep Shit," which throws pieces of feces at the screen. Another, the Mars Brain, is a golden, translucent skull that you can see straight through to its brain like a Mars Attacks! alien. Luckily, they all succumb to attacks from a souped-up spaceship, and as you gain power-ups throughout each level, you'll be more than ready to face them when the time comes. It's all quite fun at first, but can certainly become a slog after the first couple of levels. Then it starts feeling a little like homework.

So we've established that "uncovering" and saving the waifus is fun enough in small doses, if repetitive. But the actual waifus, the whole draw of the game, aren't all that interesting. If I'm to be expected to work to see scantily clad women (when they're a literal accidental scroll through Twitter away), then they'd better be exciting. Unfortunately, while they're definitely posed in sultry positions, they're your run-of-the-mill anime characters that look just a bit counterfeit – like you found them in a "How to Draw Anime" book.

Perhaps most egregiously, a few of the characters are blatant knock-offs of Overwatch heroines. Hanako is clearly supposed to be some sort of interpolation of Mercy, while Rokuro is a riff on Tracer. There's a stereotypical cowgirl, otaku girl, and a few other generic "archetypes" for women. Tanya looks as though she was meant to appear in Fortnite, but got a job working at the Tilted Kilt instead.

These waifus leave you wanting

Waifu Uncovered is a fun diversion for about 15 minutes at a time. The shooter levels are quite fun, if tedious, and it's mildly amusing to watch the clothes come off each girl as you progress. But it's nothing more than a novelty beyond that, whether you're playing Arcade mode or viewing the girls' uncensored portraits. Plus, there's not a lot to do beyond that besides try and get a glimpse of a nipple here and there, which you'd honestly see more of if you flashed yourself in the mirror.

It's bright, wacky, and colorful. I'll give it that. But there's really no edge over playing this bizarre amalgam of space poo and disembodied brains over a shooter like Ikaruga, which has far more polish. I do have to admit though, that these silly adult games never get old, even when they're as middle-of-the-road as this one. As it stands, this waifu would have been left just fine covered.

This review is based on a Steam download code provided by the publisher. Waifu Uncovered is currently available on PC via Steam. 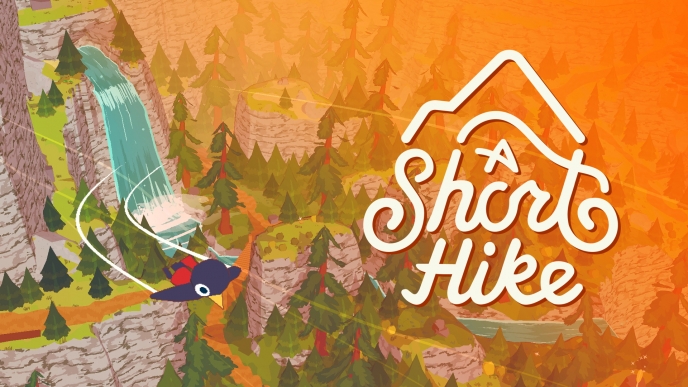