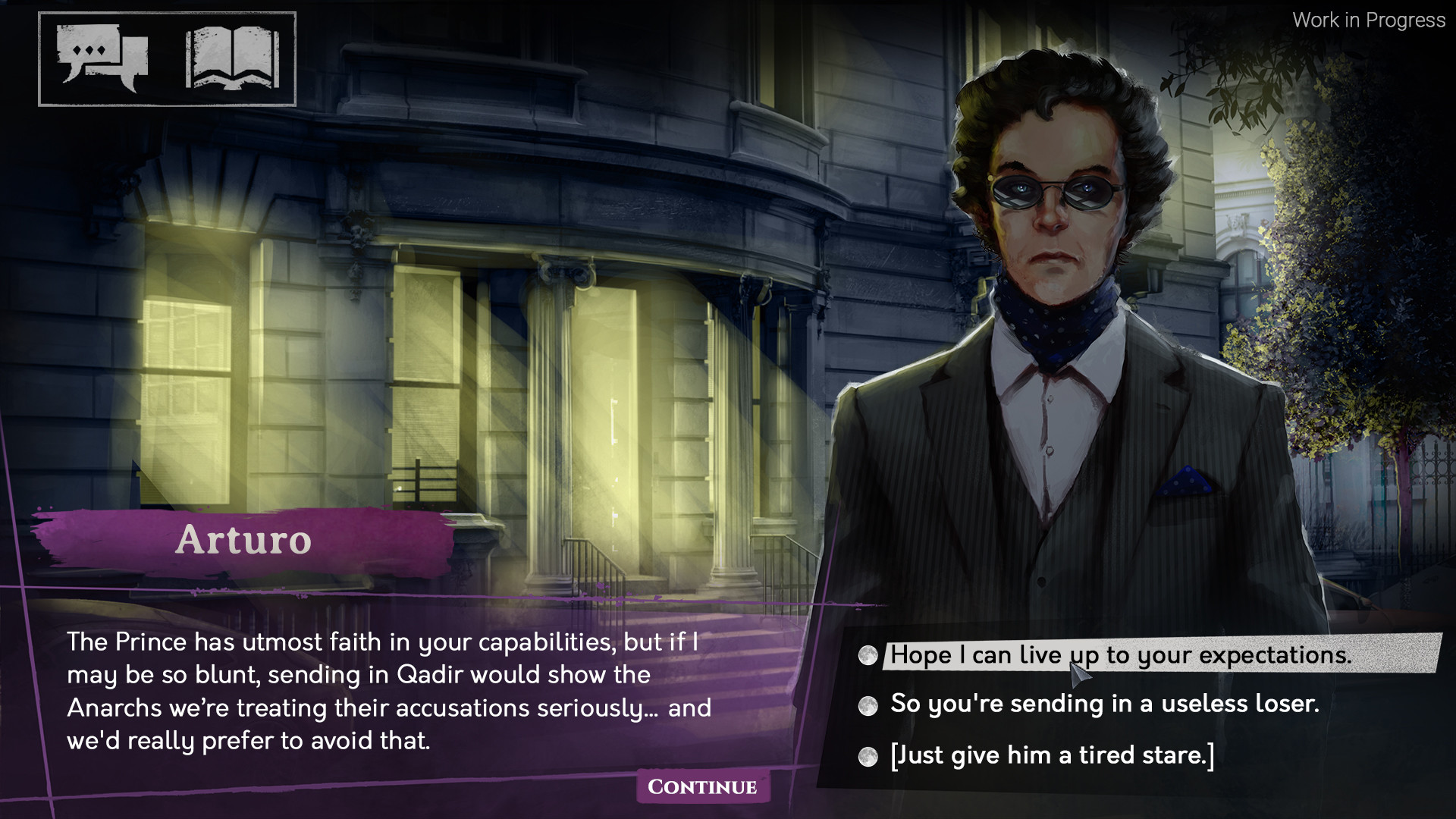 Need a bit more graphic novel fun in your life? Do you require more vampires as well? You're going to want to take a chunk out of Draw Distance's upcoming Vampire: The Masquerade - Shadows of New York when it arrives.

Shadows of New York is a stand-alone expansion to Coteries of New York, with a brand new story told through a different cast of characters. This time around, you'll play as a member of the Lasombra clan, who used to be foes of the Camarilla. You'll hit the streets of New York to figure out how to sate your thirst for blood while shaping your fate as a child of the night.

Both games are set in the same universe, and if you missed out on Coteries of New York, not to worry. You can still enjoy this game without knowing anything about the original. There's a lot to learn from your vampire brethren, and they'll be happy to teach it to you as you go along. Being a vampire is tough, sure, but it's also very awesome when you get the hang of it.

In case you missed it, I reviewed Vampire: The Masquerade - Coteries of New York and awarded it at 5 out of 10. Here are my thoughts:

"I went into this game really expecting to like it – and I did, for the most part. In the end, I couldn't get past the odd tone and the feeling that it was penned by someone who didn't actually respect the source material, but wanted to write a self-aware parody of it. Writing obviously will make or break a visual novel, as text is all you have. It's an utter shame, because the visual novel setup was a major draw for me, as I suspect it will be for many others. But reading about vampire cam girls with multiple personalities and vibe checks and other nonsense when I'm trying to come to terms with the existential horror that is being a member of the undead? I may as well read a Sookie Stackhouse novel...more or less. "

Shadows of New York is aiming for a simultaneous launch on PC, Xbox One, PlayStation 4, and Switch this year.