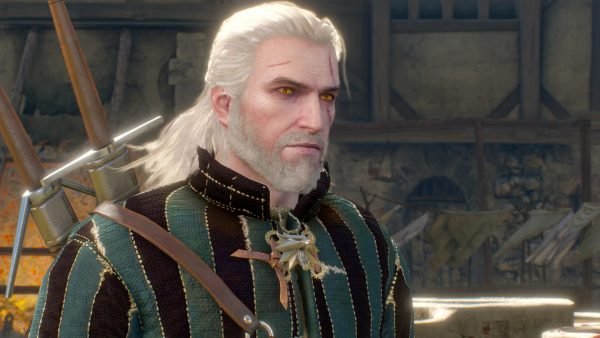 Can't get enough of The Witcher? Geralt's adventures are continuing in a new comic series from Dark Horse in the very near future.

CD Projekt and the venerable comic publisher will be bringing The Witcher: Fading Memories to life this summer, with a release planned for a new story to debut on June 17. There are four issues planned , in which Geralt will accept a new contract in the town of Towitz, as his Witcher work has been scarce.

But as usual, it seems things aren't always as they seem, and Geralt may have bitten off more than he could chew.

"Geralt has become impoverished and dejected since monster threats have seemingly vanished. Times have always been hard for Witchers—but without continual work, his situation has worsened," reads the official synopsis. Well, geez, no one wants Geralt to have to be out of work.

"As Geralt explores new possibilities for his life path, he receives a request from the Mayor of Towitz, a small town where children are being kidnapped by Foglets… but something feels off about this new threat." It isn't additional episodes of the new Netflix series, but it'll definitely do.

The series will feature writing from Bartosz Szytbor and art from Amad Mir, with a cover from Evan Cagle. The second season of the Netflix show is in production now, but this seems like a great way to jump back into the rich Witcher lore in a new and exciting way.

In the meantime, you can also go back through and just play the games, too. No one would fault you for a little more time spent in-universe.