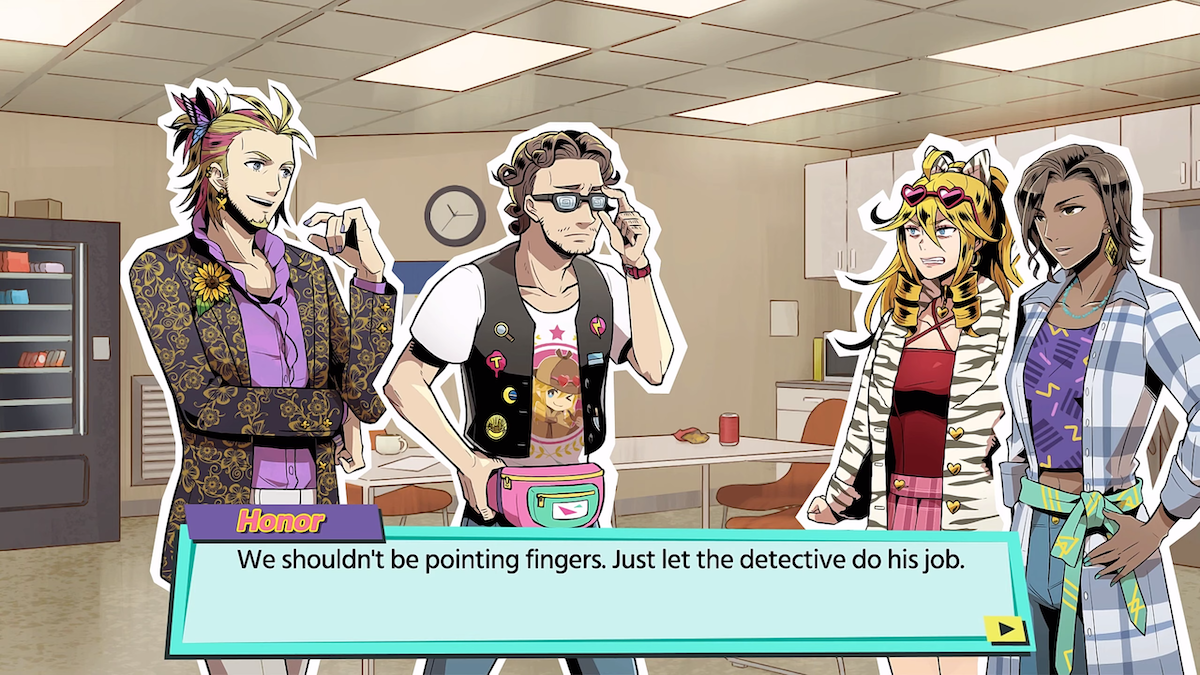 Murder by Numbers review: Sleuthing it out

What do you get when you combine the aesthetic of a visual novel with the intelligence of a Phoenix Wright title, then sprinkle some Picross in for good measure? You'd be left with something like Murder by Numbers, Mediatonic's weird and wonderful puzzler that combines the world of police procedurals with colorful characters and plenty of opportunities to solve nonograms. In short, it's a delightful little adventure that hits a few snags, but for the most part it's well worth experiencing. Just be ready to rack your brain when it comes to completing some of its more insidious puzzle creations.

Honored to meet you

Murder by Numbers tells the tale of actress Honor Mizrahi, who's got one of the coolest combinations of jobs ever: actress and part-time detective. When someone she worked alongside on a popular TV show turns up murdered, she takes it upon herself to deduce who it was, exactly, that did the deed. Mizrahi is joined by the adorable talking robot SCOUT during her investigations. Together, the pair are on the case – and it looks like Honor's own co-workers may very well be under the gun.

The cast was designed by Hato Moa, the creative mind behind the dating sim Hatoful Boyfriend, and each one boasts an intriguing and immediately endearing personality. There's the very real feeling that you've known some of them for years, which makes it easier to get into the storyline. Good thing, because the game is essentially set up like a typical visual novel. That means plenty of dialogue, so get ready to start reading.

But there's far more to just reading lines and lines of text to Murder by Numbers. The crux of the game and your investigations revolves around crime scene examinations thanks to SCOUT and Picross puzzles. Crime scene investigations are simple affairs that find you scanning each environment for clues and then utilizing them in later situations. You do this by searching around the screen in "scanning mode" until a red light flashes. You can't see the evidence on-screen and it almost feels random, like you're searching for something invisible.

These segments are quite vanilla and uninspired and I found myself ready to get past them when they sprang up, but only because I knew there were plenty of fun Picross boards around the corner. Those are Murder by Numbers' bread and butter, and they're always fun to jump into, even if you're a novice. You have plenty of opportunities to get up to speed if this is your first time dabbling with said puzzles as well, which makes it a great choice for beginners, too.

If you're a Picross fan, you'll be thrilled to see how many nonogram puzzles there are. If you have no idea how to approach them, there's an excellent tutorial at the beginning of the game, but they all essentially follow the basics from regular Picross. You'll start out with much simpler puzzles, but they can and will ramp up. Most of the grids are around 15 x 15, which may seem rudimentary for some, however, as you may very quickly outgrow the puzzles in-game.

Dividing up investigation segments with puzzles was a great idea, as doing too much of either thing at once would undoubtedly grate on the nerves. Despite occasionally feeling too simple in some areas and even disproportionately difficult in others, there's decent pacing.

Murder by Numbers is a slick-looking visual novel that combines elements of several other enjoyable games together into one. It takes the exciting graphics, '90s-inspired visuals and character designs from Hato Moa and their ilk, the deduction and investigation from Phoenix Wright, and the puzzles of Picross to make a tasty, bite-sized treat.

While the game can be a bit repetitive and some of the number puzzles either too difficult or too simple depending on the situation, this is an exciting and well-executed puzzle title that should certainly be experienced once, even if you're just in it for how impossibly cool all the characters look.

This review is based on a Steam download code provided by the publisher. Murder by Numbers is available now on PC and Nintendo Switch.