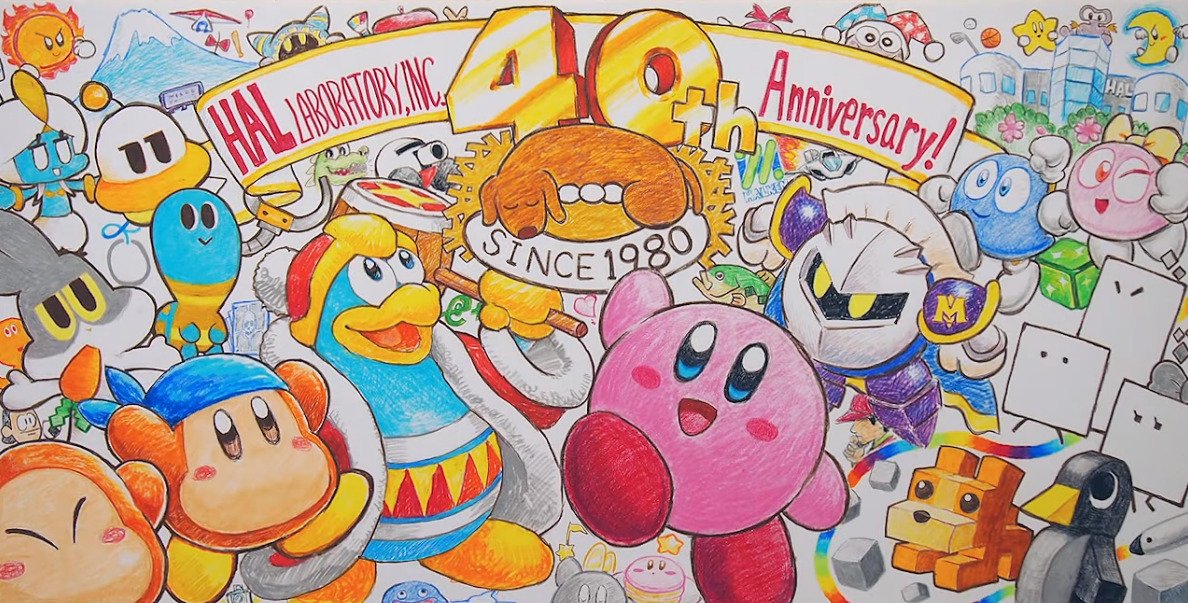 HAL Laboratory, creator of the Kirby series, just celebrated its 40th anniversary today (February 21). As part of the celebration, the company spent some time creating a large, colorful mural of their famous characters as well as their iconic logo.

Most people are familiar with Kirby only, but HAL Laboratory is responsible for several familiar franchise, including Earthbound (Mother 2), which the company developed in tandem with Ape Inc. They also worked on titles like Picross 3D, BoxBoy, SimCity on SNES, and a variety of other titles. But when you have Kirby up your sleeve, you don't really have to do anything else.

Several of the HAL Laboratory staff posed together with their handiwork, which included a gaggle of characters including Kirby, King Dedede, Lolo and Lala, UFO, and plenty more. In the middle, a colorful banner read "HAL Laboratory, INc. 40th Anniversary! above their logo with a dog nestled with three eggs.

You can see the staff working on the mural in the quick clip below, which is really the sweetest thing ever. Seriously, if you needed a dose of happiness today, watch the eager staff members illustrating their artwork below.

If you love Kirby or any more of the developer's popular franchises, today should be something of a celebration, so be sure to keep HAL Laboratory in your thoughts and appreciate them today!