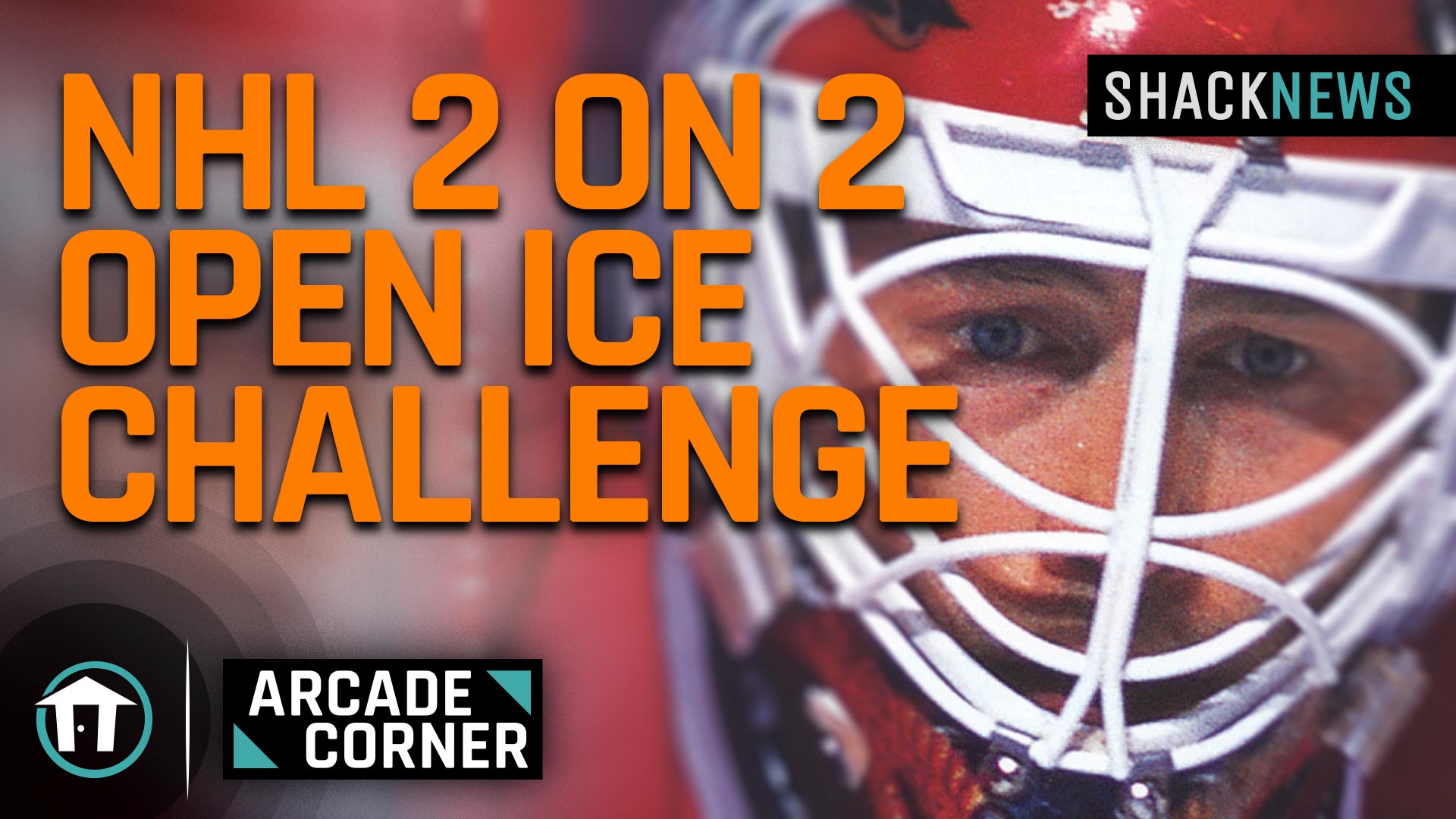 This week on Shack's Arcade Corner, we take a look at NHL 2 on 2 Open Ice Challenge. The game hit arcades in the US in 1995. It was developed and published by Midway games and was very similar to the wildly successful NBA Jam. It was hockey instead, which made the "he's on fire" mechanic seem sort of weird. How did the ice not melt? You could pick from 26 of the 1995 NHL teams with stars like Wayne Gretsky on the LA Kings. Player attributes included skill ratings for skating, shooting, passing, and checking. The cabinet featured spots for four players to play simultaneously. The control setup was pretty minimal with three buttons and a joystick. Check out the video to find out more about the game.

If you have a suggestion for a future episode of Shack's Arcade Corner, please let us know in the comments section or tweet @shacknews and @GregBurke85 with #ArcadeCorner.