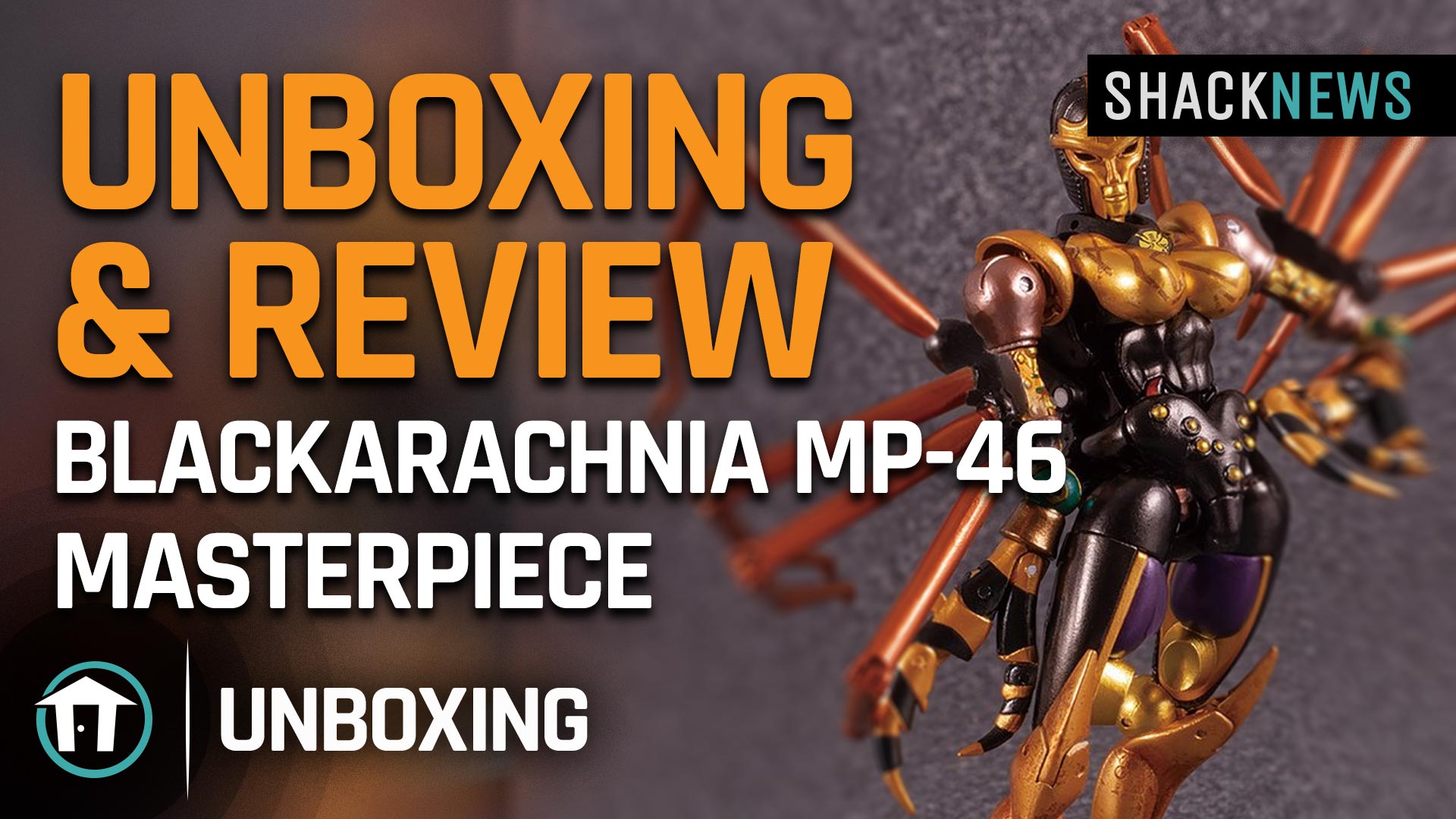 Transformers has been a hobby-defining name in the world of figures and collectibles. From its inception Transformers have remained a staple in the action figure market with their fun, inventive, and high quality products. Beast Wars was a series set in the world of Transformers that featured new characters and storylines. One of the characters that came Beast Wars was Blackarachnia, a predacon that served under Megatron. Blackarachnia has received a figure as part of the new Masterpiece Beast Wars toy line.

In the video above, we completely unbox the figure and review its contents. One of the neatest aspects of Transformers collectibles and figures is how you can customize and position them to your choosing. This is consistent here, as Blackarachnia features two swappable faceplates, her harpoon blaster, and her head visor. Once you’ve got everything setup, you can give Blackarachnia your preferred gear.

Pins are quite popular in the world of collecting. Their convenience and simplicity make them a hot commodity to many collectors. Blackarachnia’s Masterpiece MP-46 figure comes with a diecast metal pin. The pin features Blackarachnia’s face, along with the words “Transformers Masterpiece” and “MP-46.” One of the highlights of our review is the stand that comes with the figure, along with the pieces that make up her electric webbing. The stand allows you to properly display Blackarachnia in either her robot or beast form.

If you enjoyed the video, consider subscribing to the Shacknews and GamerHubTV YouTube channels for more unboxings and reviews.