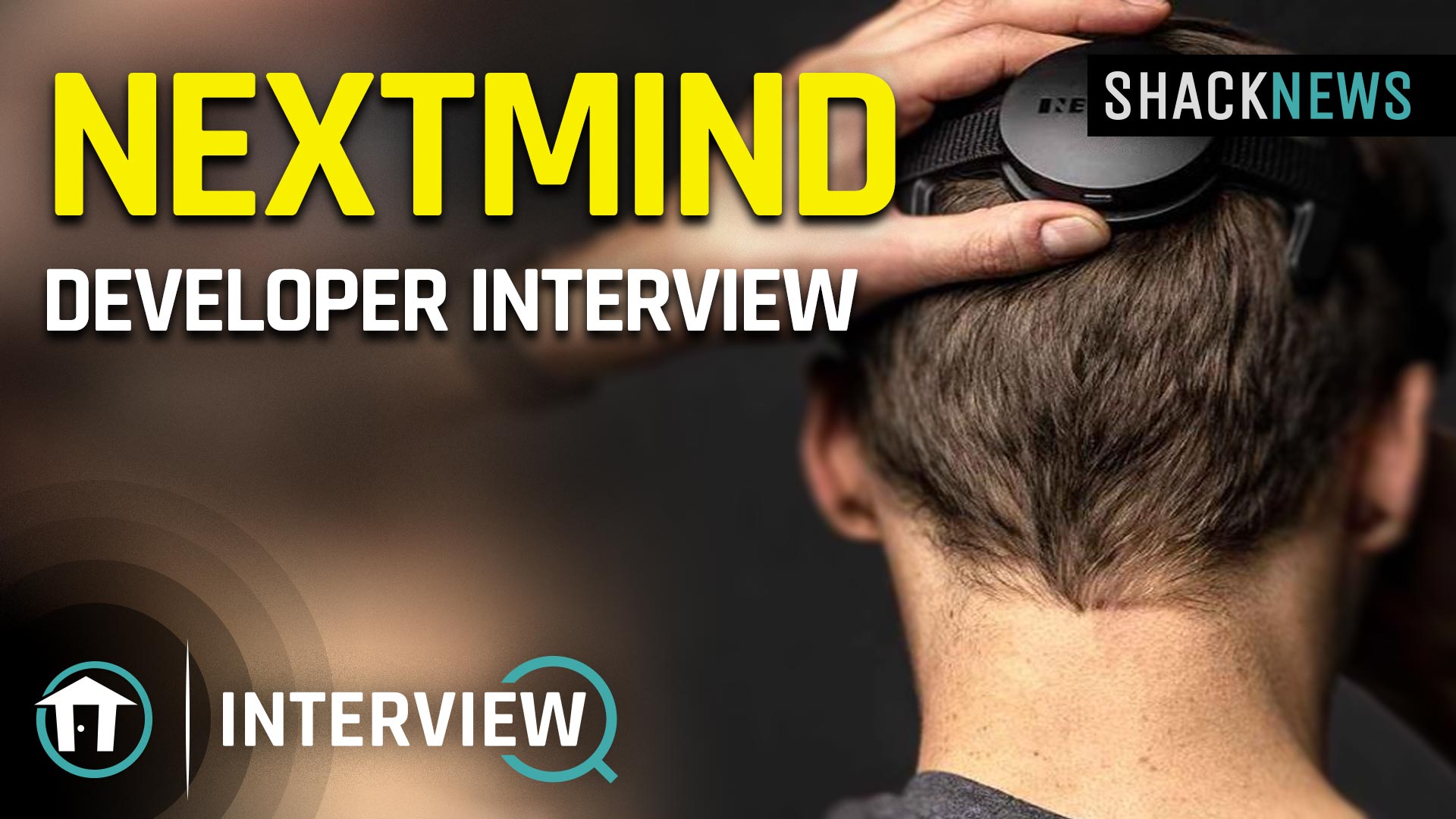 The idea of controlling TVs, video games, and other things with your mind has been a novel one for a long while now. For developer NextMind, though, that idea has become a mission statement. While roaming the show floor the last day of CES, Shacknews CEO Asif Khan managed to get a chance to try out the NextMind and even speak with the CEO, Sid Koulder, about the product.

During the interview, Asif had the opportunity to really dive deeper into how NextMind’s device works. While it might look a bit like eye-tracking, the system actually uses several sensors on the back of the device that makes contact with your body. These sensors can then pick up neural signals that allow the device to really figure out what you’re focusing on. This is accomplished by creating specific symbols that you can make your mind focus on.

For example, during the Duck Hunt segment that Asif talks about in his latest feature, I played Duck Hunt with my mind, he mentions in the comments that each duck had a triangle shape designed into it within the picture. This allowed him to focus his mind on that specific shape, which allowed the device to know where it needed to aim the gun in the game. It’s an interesting way to go about pulling off this kind of thing, and it will be intriguing to see how NextMind continues to evolve it in the future.

For now, though, the NextMind devkit is set to release at a price of $399. You can check out the full interview with the company’s CEO above, where you’ll no doubt learn a bit more about the device and what the company hopes to accomplish with it. For more great content like this, be sure to check out Shacknews and GamerHubTV on YouTube.