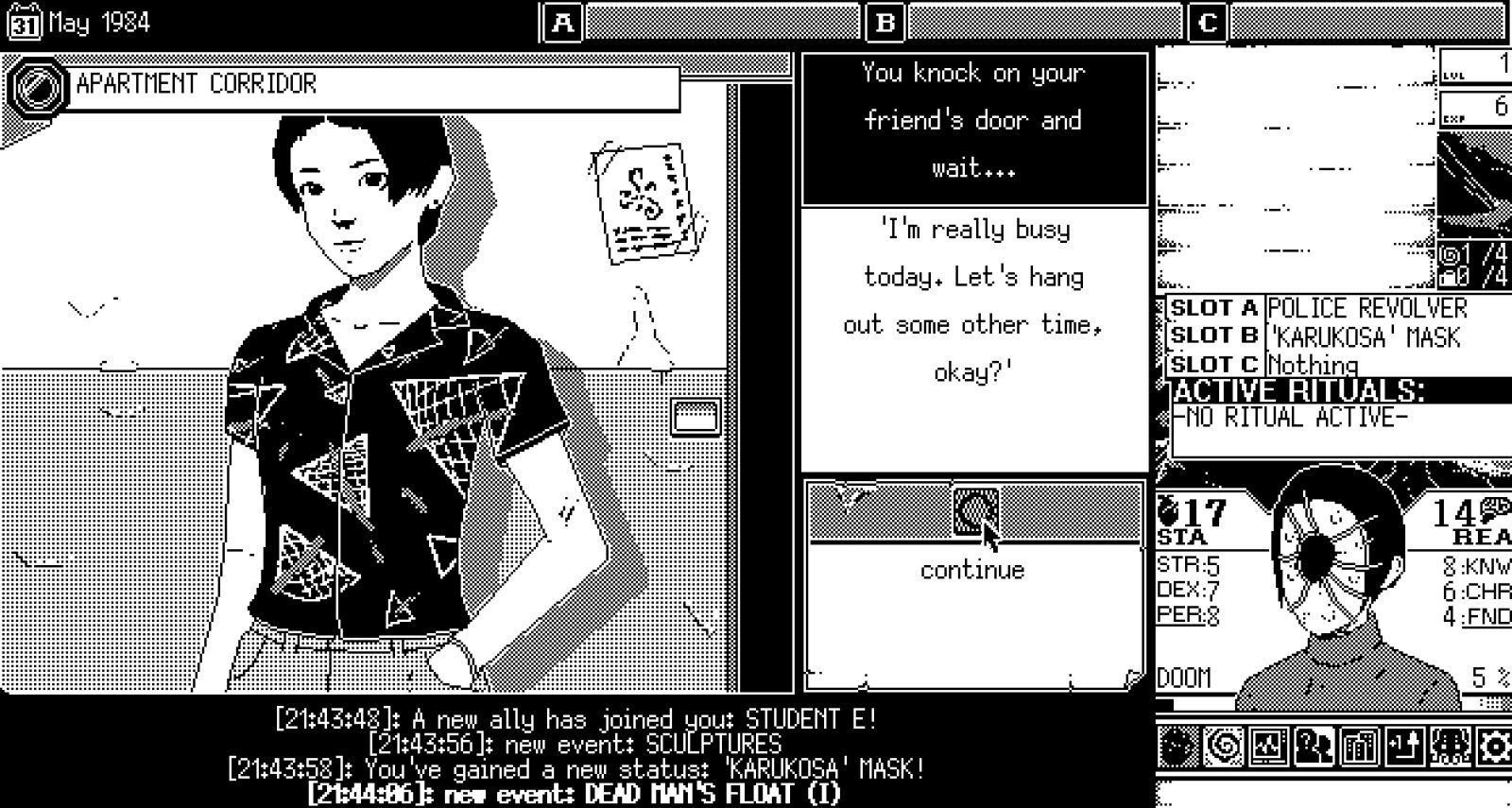 World of Horror brings creeping terror to PC this February

Looking to be scared out of your wits by a creepy, monochromatic game?

You want Lovecraftian horror title World of Horror, which takes cues from classic Japanese horror media as well, in addition to some of Junji Ito's best.

The game follows the residents of a seaside town in Japan who end up facing a parade of terrible happenings as their world "spirals toward madness."

"Fight to survive this nightmare roguelite reality with turn-based combat. Each of the five playable characters available in Early Access has their own stats and perspective on the horrors unfolding in their hometown. Defeat gruesome bosses, all illustrated and animated with disturbing images made in Microsoft Paint with a classic 1-bit graphic style," the official statement reads. Yes, the images may have been made in Paint, but the doesn't stop them from being terrifying. Trust me, they are.

The game will be bringing its unique brand of scary time fun to Steam Early Access when it drops on February 20 for $14.99, and then it will debut on PlayStation 4, Nintendo Switch, and PC and Mac in late 2020.

Real talk, I've had it on my radar for some time, and it's going to be well worth the wait. I initially played a build at PAX West, and loved what I saw. I feel like you will too, if you're as deeply entrenched within the world of horror as I am.