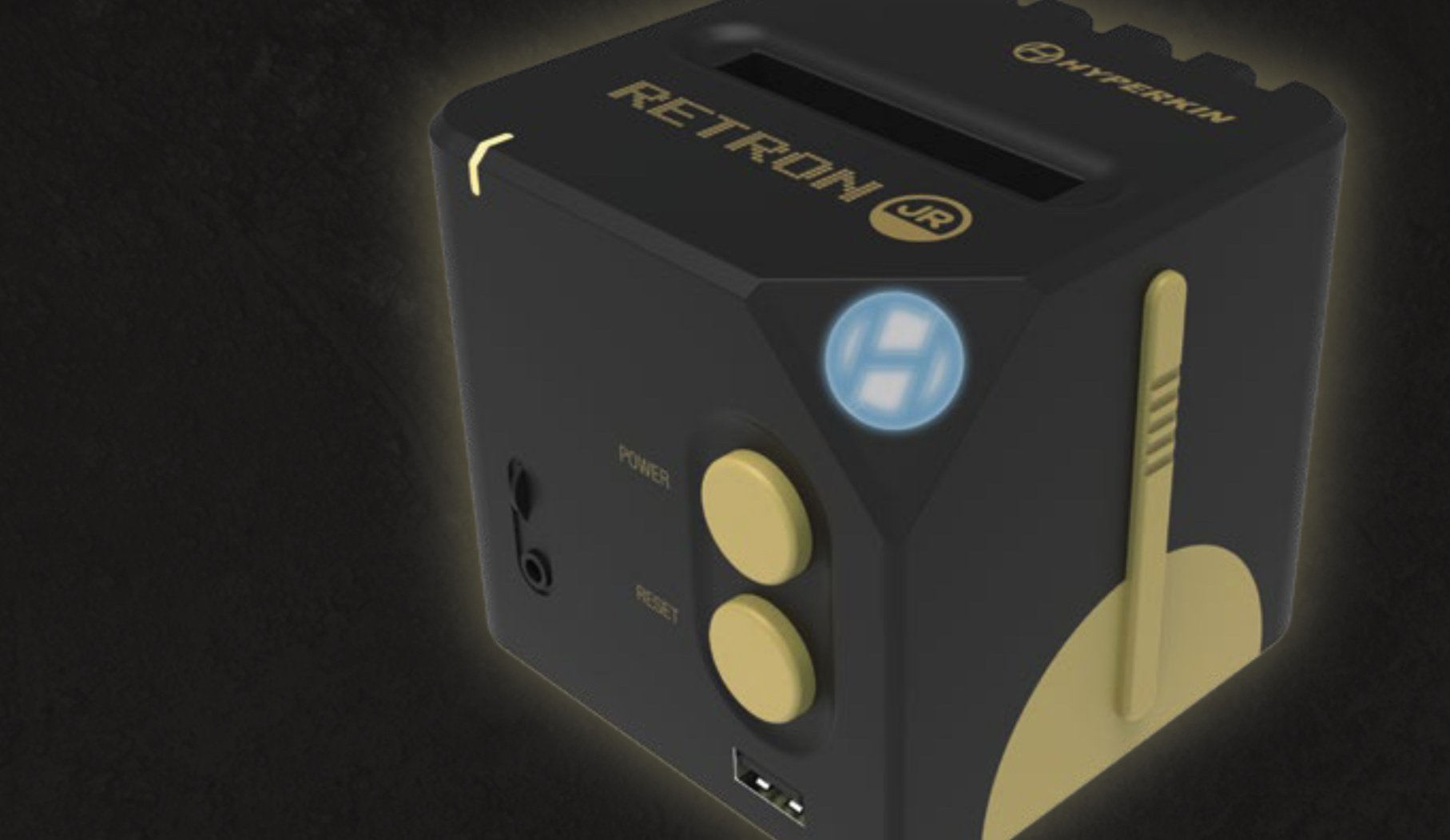 If you're a retro gaming enthusiast, chances are you've already heard of console manufacturer Hyperkin.

Hyperkin is responsible for creating several retro-centered systems that let you play your classic games in modern hardware so you don't have to wear the old gear out. Now, Hyperkin is making strides when it comes to the portable gaming world as well, with the introduction of the Retron Jr. and its awesome capabilities.

The Retron Jr. is a new, smaller, cube-like system that can play Game Boy, Game Boy Color, and Game Boy Advance games on your TV. It hooks up via HDMI with 720p output, and comes with a wireless controller that connects via the included USB-C cable, It has a 3.5mm headphone jack, blink port, and a regular USB port as well.

Hyperkin has stated that it will be an emulation-based unit, but it has remained mum on pricing or dating availability. Of course, the important thing right now is that it's going to exist. It's going to be a great year for collectors who are partial to playing their favorite Game Boy titles on the big screen, that's for sure.

What Game Boy titles would you be hitting up first on this new system? I'm thinking some Bugs Bunny's Crazy Castle would have to be in the cards, for sure.