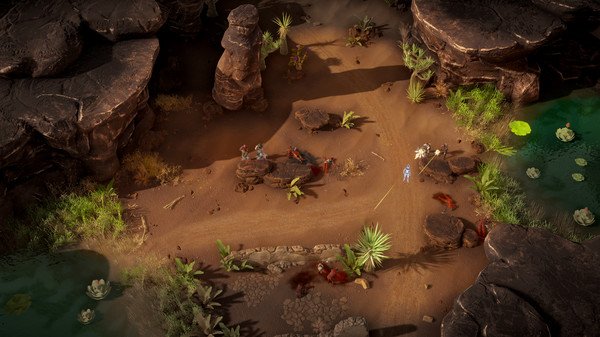 Looking to play something a little different? The upcoming narrative-centric tactical RTS Gray Zone may be right up your alley.

More than just your typical RTS, Gray Zone includes RPG elements to make for an exciting twist on the typical shooter-tinged titles. For one, it's plunking you down hundreds of years into the future as a former slave. It sounds like a harrowing journey, to say the least.

Your name is Valern, and after escaping your corrupt government, you'll spend your time checking out colonized planets, the local fauna and flora, and help Valern exact revenge on those who wronged him throughout a series of fully-voiced cutscenes. Developer Eastworks has a lot planned for this game.

You won't just control Valern, though. Gray Zone will have you commanding a series of heroes throughout different story objectives. You'll build up fire teams while controlling machinery, weapons, and vehicles and select the most effective combat strategy to thin the enemy's ranks.

The game will be compared of four chapters with six missions apiece, and you'll get a bonus mission in the first chapter to make 25 missions of content in total. It's in Early Access right now on Steam, but it's targeting a Q1 2020 release date. That means that if you're interested, you might want to hop on board early. That way, you can say you were there since the good ol' days before Gray Zone inevitably blows up.