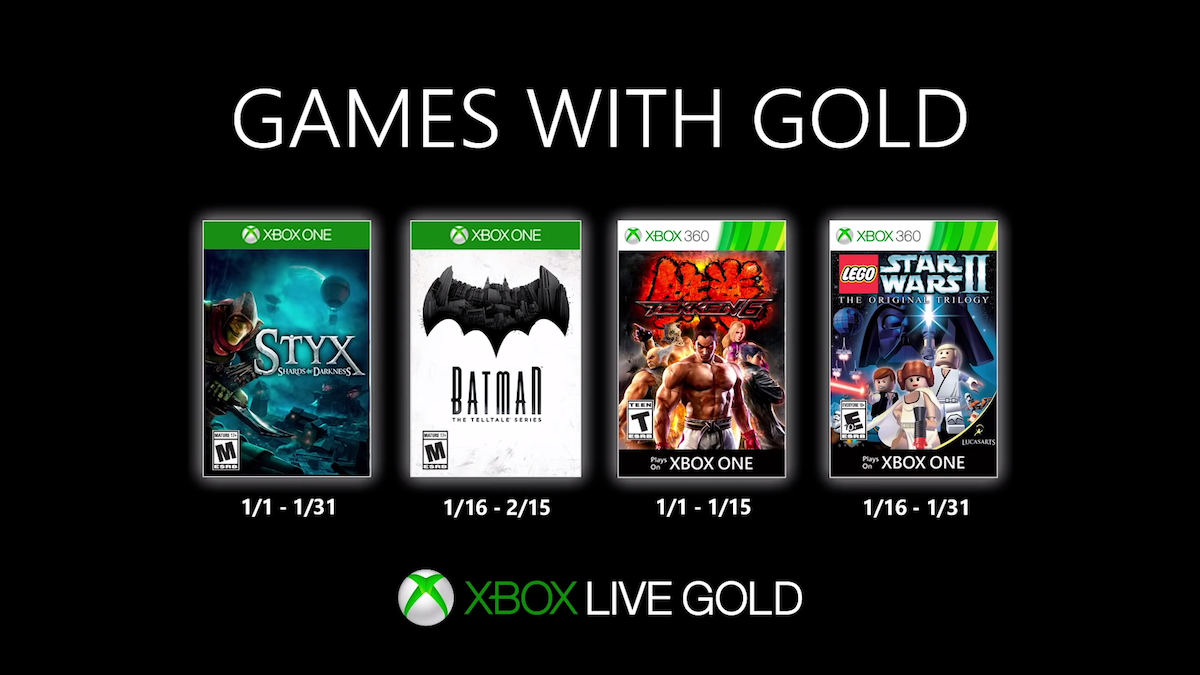 Xbox Games with Gold January kicks off with Telltale's Batman

January's Xbox Games with Gold lineup is already shaping to be a pretty strong one.

In case you don't get all the games you're hoping for this holiday season, you can try out some pretty excellent games all for the low price of free thanks to Microsoft's latest set of free goodies.

Starting on January 1, you'l get access to Styx: Shards of Darkness, which will be available from the beginning of the month to the end of January. Then, from January 16 through February 15, the entire first season of Batman: The Telltale Series will be up for grabs. You can enjoy the whole first season of the story while on holiday break.

You can get the full rundown over at the official Xbox Wire blog, but that's the gist of it. There's plenty to dig into when holiday break officially begins for everyone. So make sure you don't forget to add all of these games to your digital collection if you're perusing the Xbox Live Marketplace. It's only a few clicks for you to add plenty of goodies to your ever-growing menagerie of Xbox One and Xbox 360 titles.