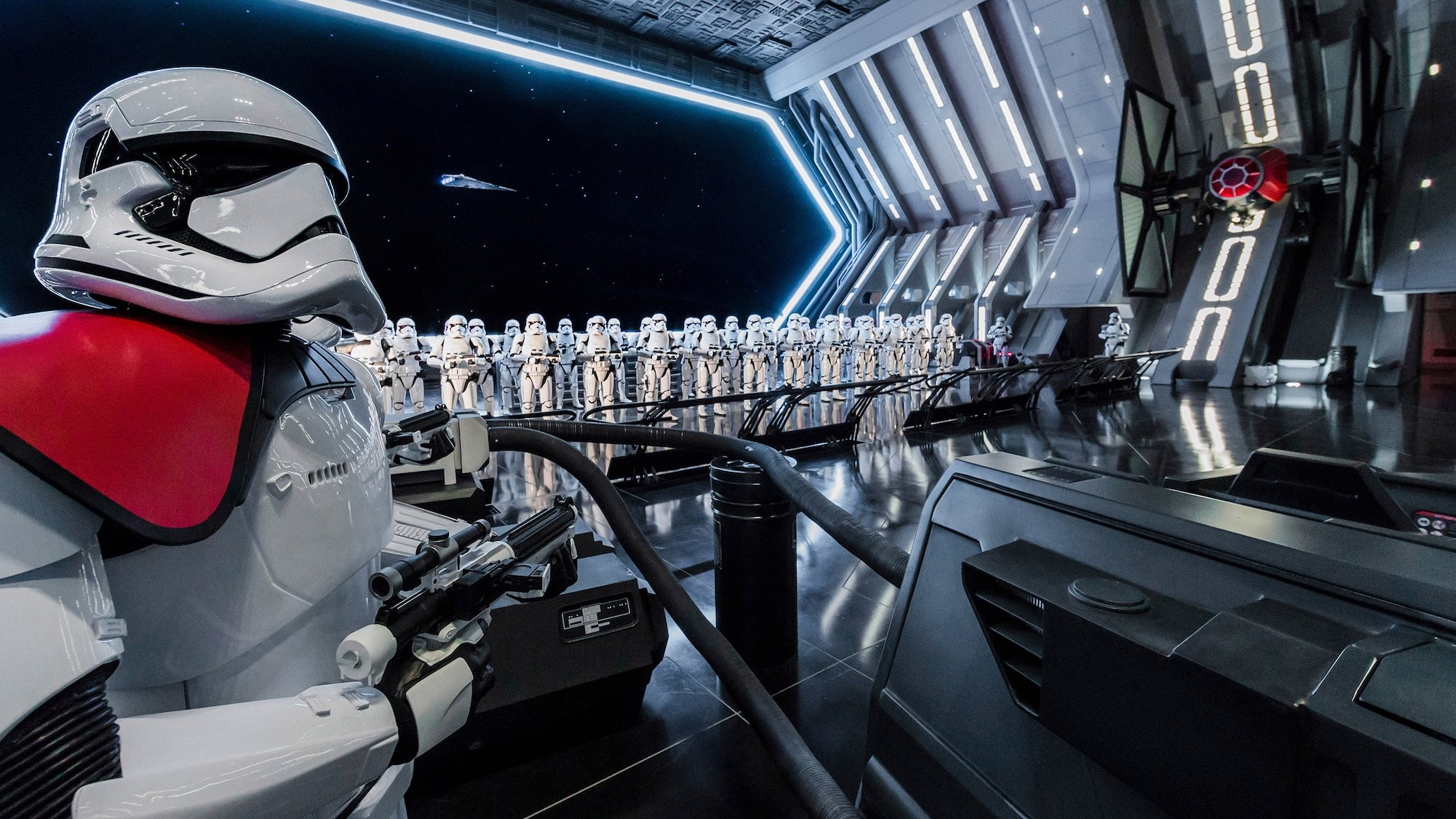 Star Wars is by far one of the most iconic franchises that as ever been. So, when Disney acquired the rights to the Star Wars universe, and then set out to make a Star Wars-themed park, they knew that it had to be big, and it had to be great. Galaxy’s Edge launched earlier this year, and with it many fans of the Star Wars franchise—both old and new—flocked to Disney World to experience something that nobody had ever been able to experience before.

Now, months after the first people had a chance to experience Galaxy’s Edge, we caught up with Scott Mallwitz, the Creative Director at Walt Disney Imagineering, to talk about the Rise of the Resistance ride and the park as a whole.

“The love and the passion and the energy that this team has brought over the years, it’s great to finally share it with you and ultimately with our guests,” Scott replied after we asked how it felt to finally see Galaxy’s Edge come to fruition. “It’s an exciting day,” he finished, a smile on his face as the words left his lips.

For many, Galaxy’s Edge is a dream come true, another example of how Disney has taken the magic of a fantasy world like Star Wars and helped reimagine it in our own world. The park is littered with immersive experiences, many of which can be initiated from the smart phones that we all carry around with us at all times.

“I think it’s a logical extension of the Star Wars galaxy, to bring that level of storytelling and that depth of exploration to the people who have an affinity for that,” Scott remarked after a comment on the various experiences offered through the Play Disney app. “We wanted to offer—not just something for the people that cruise through—but all the content for deep divers. And the app was perfect for that.”

Scott continued to talk about how the team used the Play Disney application to really help immerse users and really give them the ability to choose how they wanted to explore Galaxy’s Edge. “It’s beyond a tradiational theme park,” Scott stated, “It’s bringing people into their own Star Wars story.”

The things that users do in the Play Disney app also correspond to the actual attractions themselves. Credits and other items earned when doing things in Smuggler’s Run and Rise of the Resistance all help to connect the users to the Star Wars universe in an even deeper way than was possible before.

For more info about Star Wars Galaxy’s Edge and Rise of the Resistance, be sure to check out the full interview with Scott Mallwitz above. You can also see more content like this by subscribing to the Shacknews and GamerHubTV YouTube channels.