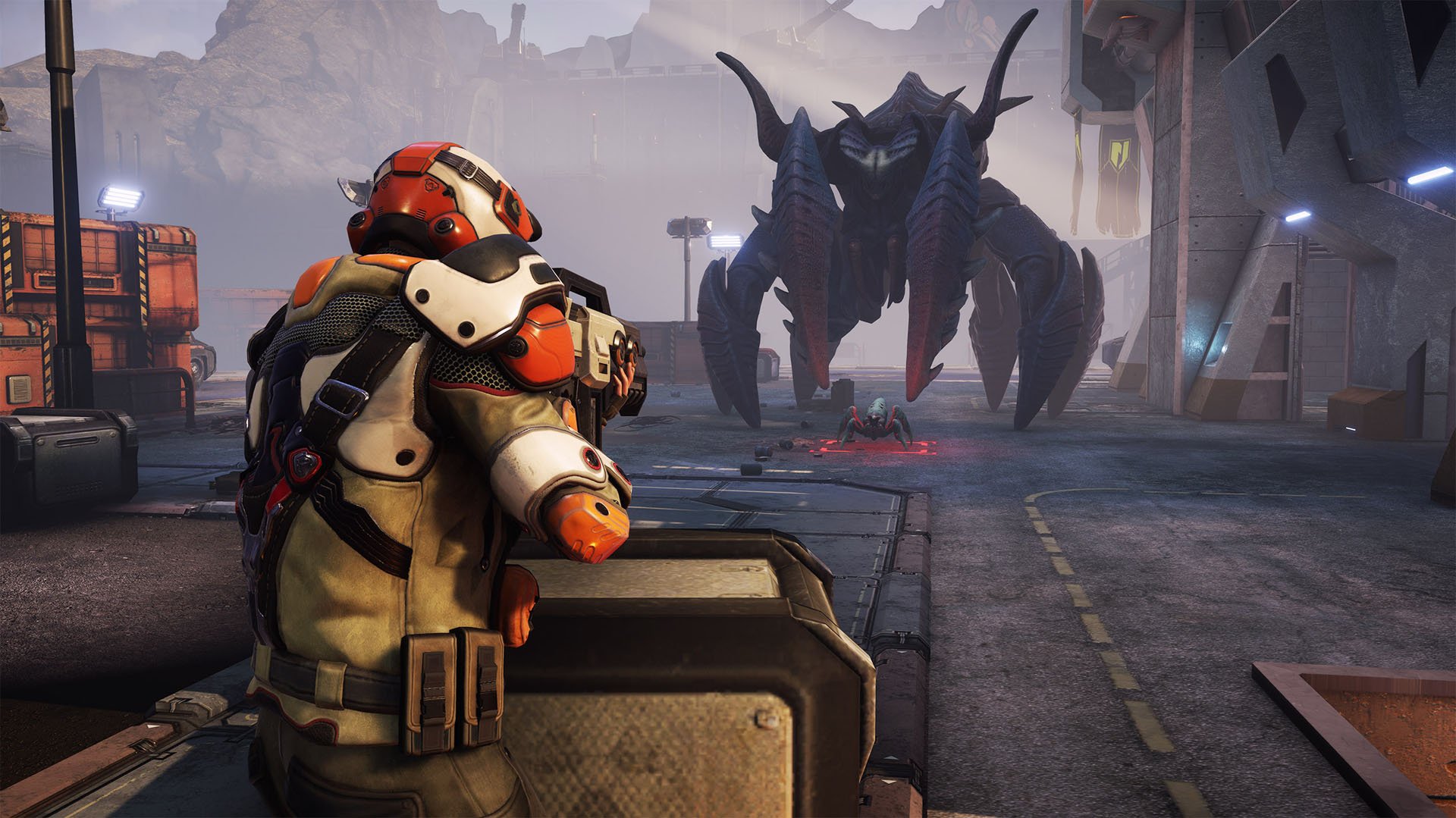 Despite the controversy surrounding its jump to the Epic Games Store, I’ve had my eye on Phoenix Point for quite a while. Created by Jullian Golop, one of the minds behind the original XCOM series, Phoenix Point takes the tried and true XCOM formula and introduces new ideas and concepts that help really freshen it up a bit. The game isn’t perfect by any means, but what Snapshot Games has managed to create is both a triumphant return to the formula for Gollop, and also a technical nightmare at times.

Upon the surface, it’s clear that Phoenix Point is based heavily off the formula that Gollop helped to create in the original XCOM series from the 1990s. However, time has been the development team’s ally here, and as you dig deeper into the game, the new concepts and ideas that really help set Phoenix Point apart from other XCOM-likes starts to show.

You’ll still find the same juicy, strategic gameplay that has always been such a vital part of the genre. However, on top of this you’ll find new mechanics, like the ability to aim freely at your enemies, and even destructible environments that allow you to change up the terrain if needed to get to a hard-hitting enemy. It all blends together with the rest of the formula to really make for a unique, but also familiar experience that should be easy for XCOM fans to dive right into.

It’s this ability to manually aim that really helps Phoenix Point shine, though. Being able to target an enemy’s weapon arm, effectively removing their weapon if the hits are successful, really helps change things up from other games utilizing the XCOM formula. It’s a very welcome change, and while the hit detection can be a bit off sometimes, it felt good most of the time that I used it. Being able to use this ability to target the parts that I wanted helped me turn the tides of battle more times than I can count, and I honestly found myself relying more on my own intuition than the game’s standard auto-combat systems.

Think ahead, then think ahead even further

When it comes to strategy, the XCOM games have always been great about making players think ahead and try to deliberate what move their opponents are going to make next. With Phoenix Point, this need to think ahead has become even more vital. The insane variety of enemy types and mutations make each turn a constant train of suspense that often left me feeling exhausted and ready for a break after each match. Of course, as with any game of this nature, it’s never as simple as just taking one more turn, and I often found myself playing longer than I had originally planned to.

Everything you see in the world is important in Phoenix Point. Your current height, the height of enemies, the amount of cover you have, etc. It all plays a massive part in how successful your hits will be, and even how exposed your squad will be as you make your way through each level. It’s a great little tactical addition that we’ve seen expressed in previous XCOM formula games, but Phoenix Point really seems to nail it on the head.

Of course, all of this greatness does come with some caveats. Hitboxes can be extremely wonky at times, with soldiers often shooting into metal railings or even boxes or other cover when they clearly should be shooting past it. This happened quite a bit throughout my time with the game, and honestly, I found myself frustrated with the issue much of my playthrough. It’s something that’s easy enough to look past, but something that I’d expect a game that offers such in-depth strategic combat to do better.

The destructible terrain also adds to this level of deep strategy and being able to destroy metal walls and the like to get to enemies has really changed the basics of the XCOM formula. It’s something I hope to see in more titles like this, and one that we really could all benefit from seeing expanded a bit more. Overall, Phoenix Point captures that deep strategy feel very well despite a few glaring issues that players might run into along the way.

The future of humanity rests in your hands…

Perhaps one of my favorite things about Phoenix Point, though, is the game’s loose ties to Lovecraftian horror. As a fan of the genre, I’m always a sucker for anything that feels or looks Lovecraftian in nature (even if it isn’t actually connected in any way). In Phoenix Point, a group of mutated creatures have emerged from the ocean, threatening the very existence of Humanity as an entity. It’s a nice change from the standard aliens that we’ve seen in recent XCOM experiences, and a nice throwback to the XCOM games of old.

Enemy variation is a nice touch as well, and the enemies appear to change and adjust based on your playstyle and how you proceed through the game. But you won’t only be fighting mutated creatures in Phoenix Point. The game also features three main human groups, all of which absolutely hate each other. New Jericho wants to cleanse the world with fire, wiping out the monsters that have taken over. On the other hand, The Disciples of Anu worship the mutations and want to evolve, leaving standard humanity in the past. Finally, the Synedrion are a faction that aren’t quite sure what they are, but they know that they don’t want to be part of the other two.

While it’s nice to see the variety in groups you can help, it’s also frustrating. Helping a single group even once can cause the others to dislike you. While this does add a lot of variation to the campaign—ensuring that no run is the same—it also brings a ton of new content to the Geoscape, which just makes for a mentally exhausting experience. What started out as a globe shrouded in mist with clear progression points soon becomes a mess of icons that pull you in all kinds of different directions. This is where the story starts to lag a bit, and the middle of the game can often feel like a slog to push through.

A triumphant successor to the XCOM series

All in all, Phoenix Point is a triumphant return to the XCOM formula for Julian Gollop, and one of the best strategy games we’ve seen come out of the XCOM-like genre in a while. If you’re been looking for a new turn-based strategy game to sink your teeth into, then you’ll find plenty of meat waiting for you with Phoenix Point. Once the developers iron out the bugs, and sort through some of the other issues, Phoenix Point will be everything that you could ever want out of a strategy game.

Phoenix Point expands upon the XCOM formula brilliantly, offering a fantastic campaign that leaves you twisting and turning. Despite a bit of a slog through the middle section of the game, there’s a lot to love here, and Snapshot Games has every right to be proud of the work that they’ve put in to bring this wonderful end-of-the-year delight to life.

This review is based upon a PC code provided by the publisher. Phoenix Point is available on the Epic Games Store right now.