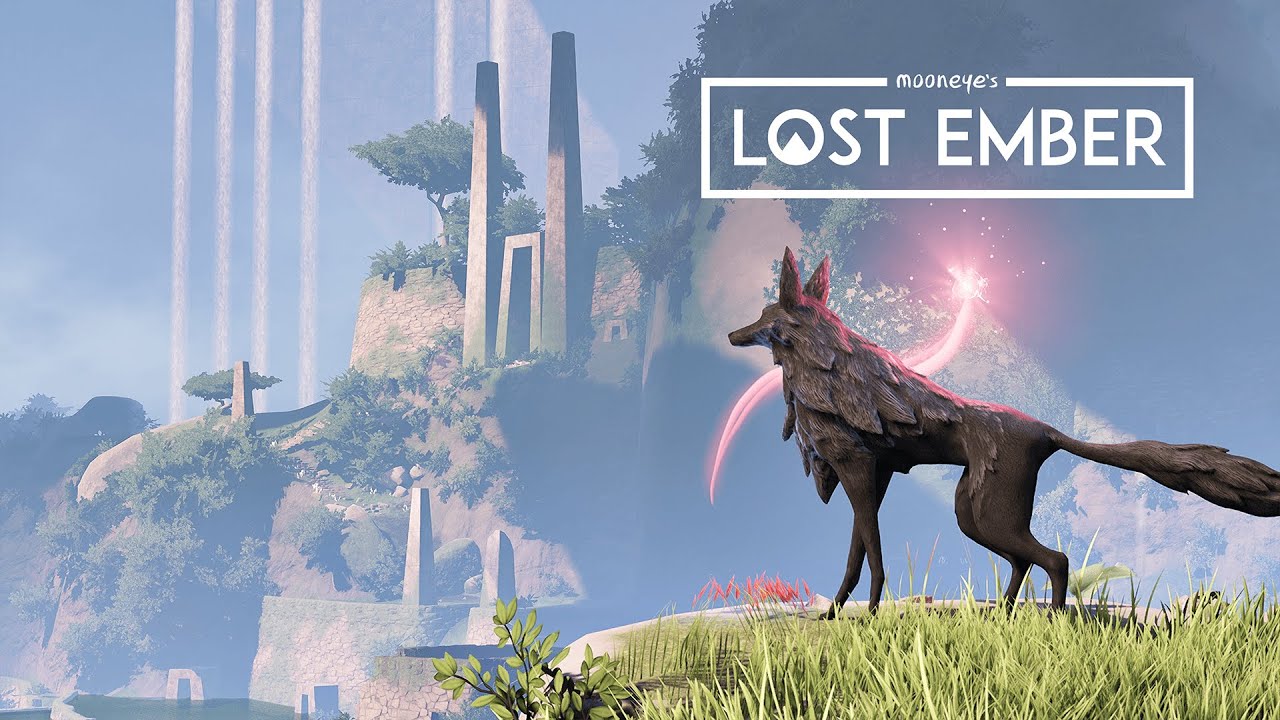 Lost Ember review - Into the wild

Lost Ember takes place in a land void of humanity and filled with various creatures and environments. Developed by the five-person team at Mooneye Studios, this adventure game centers around a wolf with the ability to shapeshift and transform into the creatures around it. Players will use these powers in order to traverse the land, solve puzzles, and navigate the narrative.

The world of Lost Ember is set in a time following the extinction of man. Since then, nature and its creatures have reclaimed the land. As a wolf, you’ll travel this world uncovering secrets of the past. You can interact and engage with the animals around you in order to do so.

Shapeshifting is the core gameplay motif of Lost Ember. Although you play as a wolf, you can change forms into different animals. With the press of a button, you “possess” the animal, giving you all of its abilities. Lost Ember features a solid variety of animals to play as, each found in different regions of the world. Playing as a wombat, I was able to crawl through small places and access areas/items previously out of reach.

It’s pretty fun getting to learn the different abilities unique to each animal in Lost Ember and applying them to different scenarios. Mooneye does a great job at giving the playable animals their own set of controls. Skipping down the river as a fish controls entirely differently as prancing through the plains as a wolf. Yet, they still feel tight and polished, rather than something tacked on.

It’s beyond impressive what the small team at Mooneye was able to do with Lost Ember, but there are moments where the limited resources available during development are apparent. Things like animals getting caught in structures or creatures awkwardly moving across surfaces or textures are hard to ignore.

There’s clearly a little bit more beneath the surface with the shapeshifting mechanic. Not only is it the driving force of gameplay, but it’s also symbolic in delivering a message of perspective to players. You are constantly forced to inhabit other life forms and experience the world from their point of view. This could mean becoming the most ferocious beast at the top of the food chain, or falling down to the weakest creature, barely able to fend for itself. Lost Ember uses this to hopefully motivate audiences to put themselves in the shoes of others.

This message is conveyed cleverly. When you’re working with themes that can be seen as a bit cliche, it’s easy to come across heavy handed or overbearing in delivery. However, Mooneye studios is able to navigate in such a way that the message is woven right into the players gameplay experience, rather than stopping the story in its tracks to get all preachy. There were many cases where I felt a change in comfort or capability depending on what animal I needed to inhabit for a given mission.

Lost Ember is a short narrative, only taking a handful of hours to make it to the end credits. It feels a bit slow and empty in the beginning, but as the game reveals more information and backstory to the Wolf and ember, it starts to come together. The tale of Kalani and Atevo is an incredibly executed story of faith and loyalty. It only takes a couple short hours to be all in on these characters, desperately rooting for a wolf and ember to find their paradise.

Lost Ember isn’t a revolution as far as graphical quality is concerned. In fact, there are some odd looking textures I came across during my playthrough.That world is presented gorgeously thanks to the creative decisions made with the art style. From the opening moments, the world is bursting with color and life. Simply flying through the sky as a hummingbird was cinematic. I often found myself just wandering off aimlessly, exploring the environments while admiring my surroundings. This meandering wasn’t for naught though, as Lost Ember has plenty of hidden relics and secrets to find if you stray from the beaten path.

Lost Ember also uses lighting and shading to create some pretty beautiful visuals. For example, a scene in the City of Light looks like something plucked off of a museum wall. The way the city is reflected in the water as the stars dance in the sky above, while the wolf is relegated to a silhouette racing toward it all is a marvel.

Lost Ember is a great adventure through a world reclaimed by nature following the days of man. Only taking a few hours to get through, it manages to tell a meaningful and necessary story without ever overstaying its welcome. The visually pleasing art style coupled with some neat gameplay mechanics are enough to overcome some gameplay hiccups. Lost Ember is an experience that will stick with well past the credit roll.

This review is based on a digital PS4 code provided by the publisher. Lost Ember is available now for Xbox One, PlayStation 4, and PC.