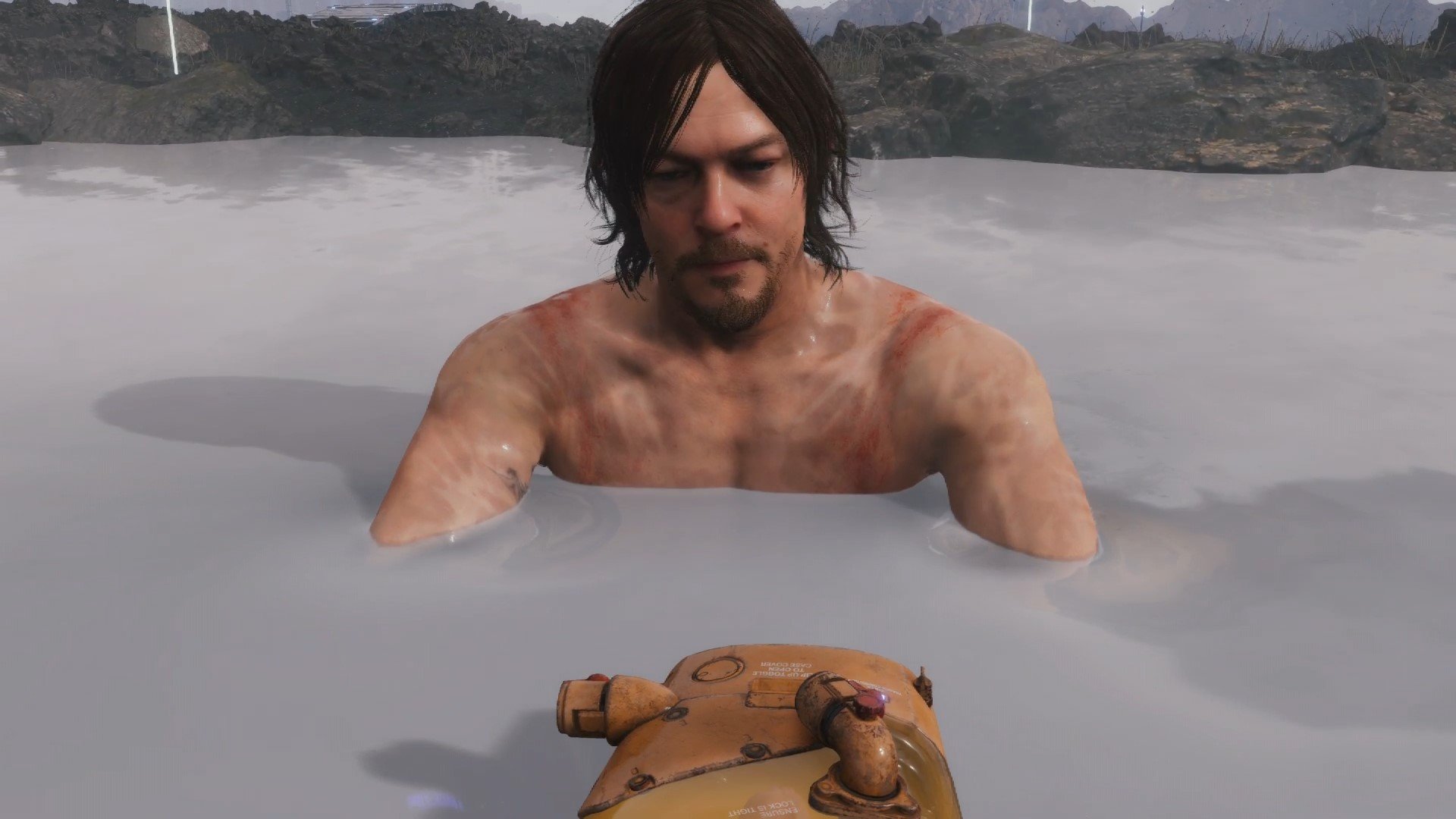 What is the song Sam hums to BB in Death Stranding?

While trekking across the terrain in Death Stranding, Sam Porter Bridges can come across some very interesting structures and other objects. Some may even make him hum a little song to BB – but what is that song?

It's a secret you'll undoubtedly want to unravel throughout your time with the game. Many of these are surprises, and you'll be delighted when you stumble upon them. Some of them are even cooler than you may have imagined – like Norman Reedus doing something a bit out of character as Sam. How far would you trek to see that happen? You're in luck, because you don't have to wait very long to see it.

Occasionally, Sam will meander throughout the world and stumble across hot springs, which each have their own types of restorative properties. Sam doesn't have to remove his equipment and clothing to bathe in one, but if he does, he'll sit with his legs tucked beneath him and let BB float around in the water beside him. Sometimes BB will even swim on its own, too. It's absolutely adorable. If you leave Sam sitting long enough as he takes in the warm water, he'll even start singing and humming. But what is that ridiculously catchy tune?

When Sam starts humming, he'll do so for a short time, but it's jut long enough to get stuck in your head. It's not a made-up song. It's actually a popular Japanese standard called "Ii Yu Da Na" from the Japanese band Drifters.

Here's what Sam is singing:

These are Japanese lyrics, aside from the melodic "bums," of course. "Ii yu da na" means "What a nice hot spring." Basically, Sam is singing about how awesome it is to bathe in the hot spring after walking for miles and miles, possibly without a shower. Why Sam is singing this original Japanese tune is beyond us, save for the fact that it was just the right popular song Hideo Kojima found for him to mimic. He also doesn't sing any different songs but this one. Hey, why should he? BB seems to like it.

And now that you've heard it, you won't be able to get it out of your head. Sorry, not sorry.

Now that you can't scrub the song from your head, be sure to consult our complete Death Stranding strategy guide for more assistance. We’ve got tons of great content to help you navigate the world, survive Timefall, and become the Legend of Legends when it comes to porters. Sounds good, right? Don't miss out.