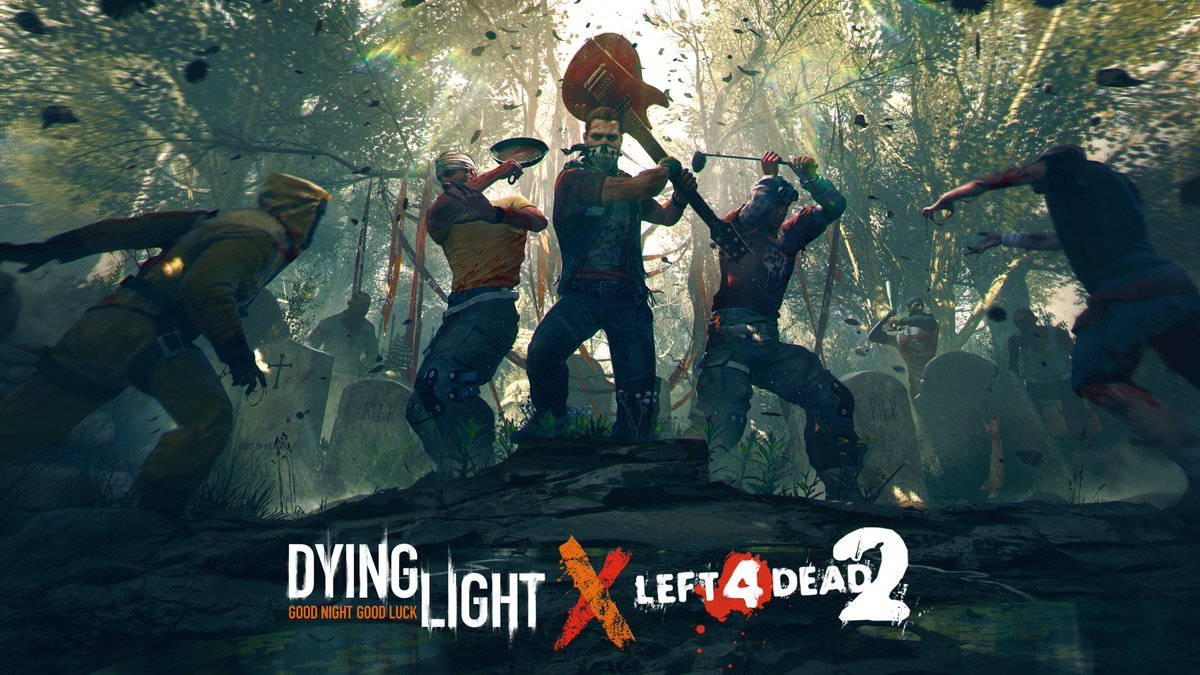 Dying Light is getting a Left 4 Dead 2 crossover event

Left 4 Dead 2, huh? It's been years since we've heard that name. Now, it's coming back around again, but not in the way you may have been expecting.

"Survivors!" the vague post reads. "Are you ready for some serious zombie slaying? #left4dead2 style is coming!" And that's it. The message showed up on our feeds, dropped a bombshell, and then just left without offering any further details.

Survivors!
Are you ready for some serious zombie slaying? #left4dead2 style is coming! pic.twitter.com/Lv4XXyf8Jn

It's unclear what "Left 4 Dead 2 style" means, unless there's some sort of skins or costumes the characters can wear, or some kind of new scenario that makes a fun crossover between both games. It really doesn't even make sense that the crossover should happen now. Dying Light 2 is on the way, we haven't heard much of anything about a Left 4 Dead 3 just yet, and it seems like an odd time to be introducing such an event...unless this means we might be seeing a Left 4 Dead renaissance here very soon. That would certainly make a lot of dreams come true.

Dying Light allows for players to link up together for up to four-player co-op, so this is all probably just a bid to drum up interest for Dying Light once more to get folks excited for the upcoming sequel, just in time for Halloween.

Unfortunately, this tweet is all we have to go on right now, so we'll have to keep a close eye on what's coming down the pipeline for the game via social media accounts. Hey, anything related to Left 4 Dead 2 is appreciated at this point, honestly.