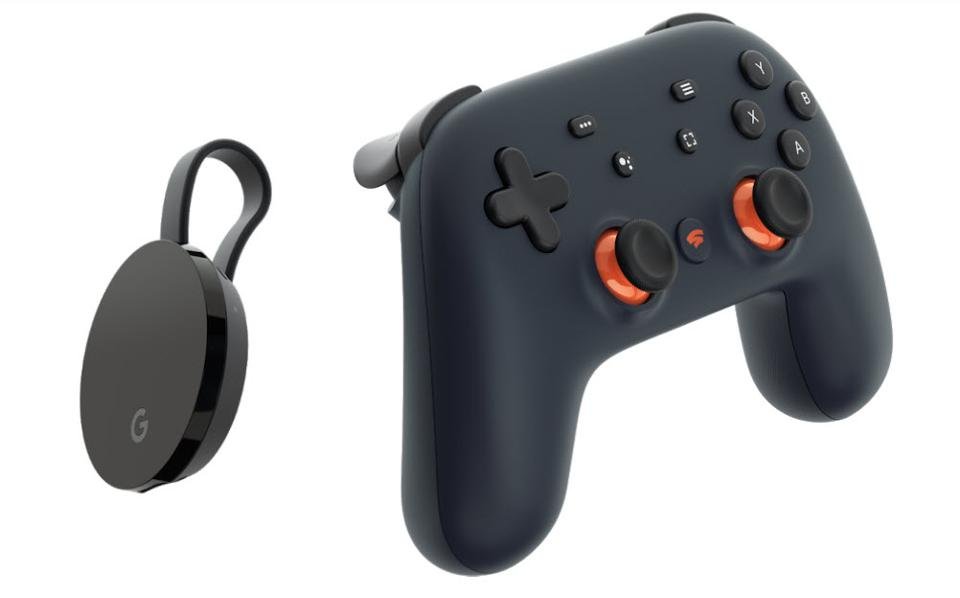 If you were excited to be using Google's new wireless Stadia controller across all of your devices this November, this news may disappoint you.

Upon Stadia's launch, the controller will work wirelessly if you play it with a Chromecast Ultra. However, if yo decide to play it on your phone or PC, you'll have to hook it up with a USB-C cable, according to a statement from Google to The Verge.

This nugget of information only came about since Google added a blink-and-you'll-miss-it disclaimer to a recent video, according to 9to5Google. Wireless play will only be available on the Chromecast at launch. This appears to be because Bluetooth won't be supported when Stadia debuts.

It's a huge blow for anyone who was looking forward to being able to swap across different systems without having to pair the controller again and interrupt their game, which has been a feature Google has advertised since the Stadia marketing machine whirred into action.

Google is apparently working on perfecting TV play first, according to The Verge. However, there's presumably going to be a long while to wait before the wireless functionality expected of Stadia actually arrives. The first crop of buyers who decided to jump in first with the $130 Founder's Editions will get the full brunt of it, at least until the Stadia equipment and service gets a wider rollout in 2020.

For now, if you bought in early, you'll be relegated to playing wirelessly mostly on TV. At least that part should hopefully work flawlessly, right?