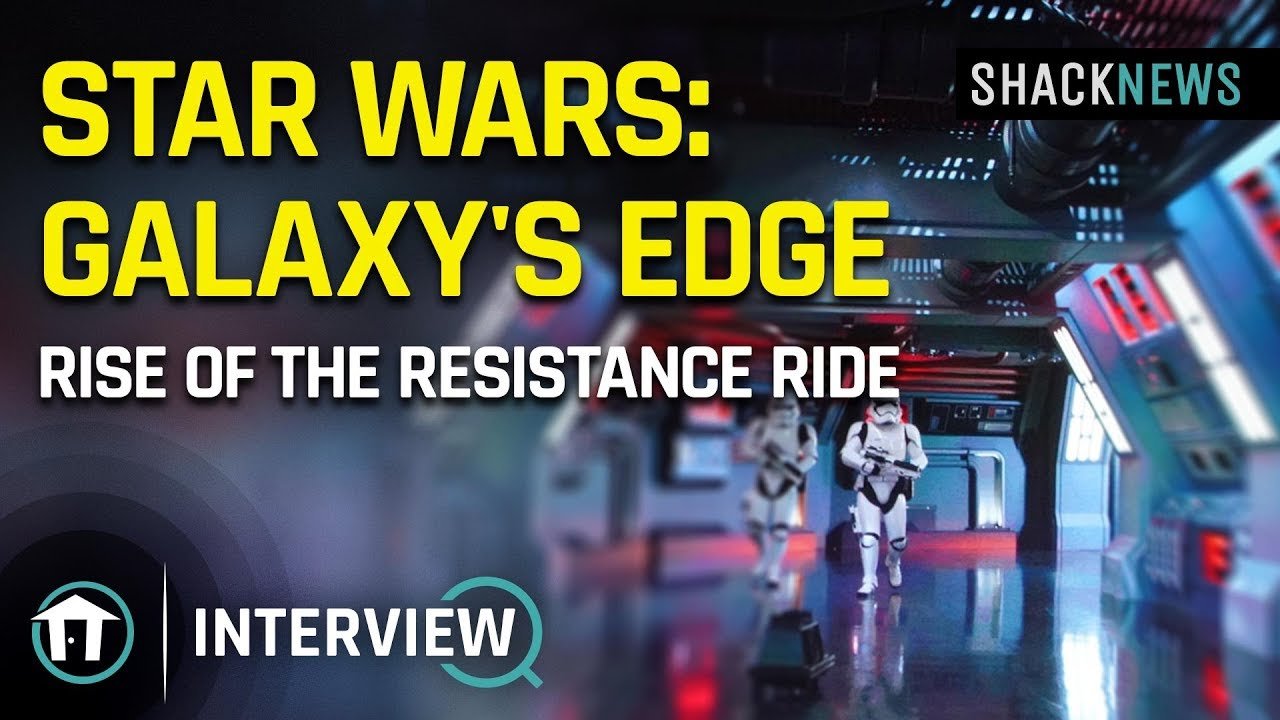 Galaxy's Edge Interview: Escape the First Order in Rise of the Resistance

When Disney first announced that their two pillar theme parks in Anaheim and Orlando would be getting Star Wars expansions, fans knew they’d be in for a treat. Titled Galaxy’s Edge, these parks put Star Wars fans right inside the galaxy they love, while letting them control the story. From the rides, to the secret codes, to the actors, Galaxy’s Edge aims for a level of immersion unmatched by any other park. This doesn’t come easy, it takes an incredibly large group of talented individuals and strong leadership to make happen.

Scott Mallwitz is the Executive Creative Director at Walt Disney Imagineering and oversees a lot of the production on Galaxy’s Edge. We sat down with him to talk about what’s next for the parks. When the parks first launched, they featured “Smuggler’s Run”, a ride that put attendees in the cockpit of the Millennium Falcon on a daring mission through the galaxy. Although it wasn’t ready for opening day, Disney had announced there would be another immersive ride titled “Rise of the Resistance” coming next year.

Rise of the Resistance centers around a battle between the Resistance and First Order. While trying to exit the planet and get to orbit, you hit a blockade and are pulled onto the deck of a star destroyer. Staring down an army of stormtroopers, attendees will need to find a way to safety and execute their mission. The ride also includes an angry (as always) Kylo Ren trying to get information out of you related to the Resistances’ plans.

Rise of the Resistance will open at Galaxy’s Edge in Anaheim and Orlando in 2020. For more Disney Parks content, subscribe to the GamerHubTV and Shacknews YouTube channels.