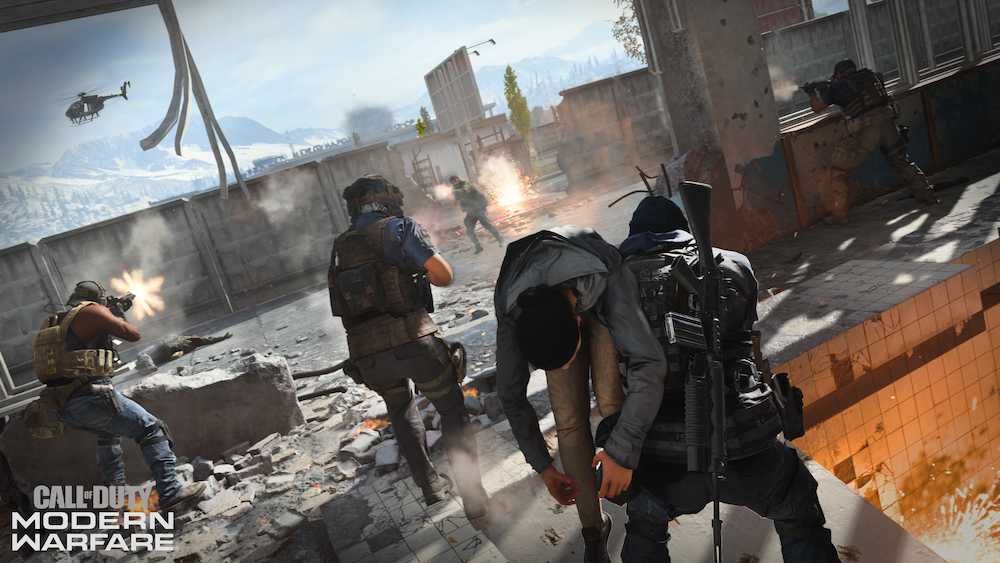 We're just a few weeks away from Call of Duty: Modern Warfare, and Activision has released a new trailer detailing the game's Special Ops game mode.

"A greater evil has taken over the Eastern Hemisphere, and it is up to the global alliance Armistice, a joint force of Allegiance and Coalition operators led by Kate Laswell (CIA) and Sergeant Kamarov (FSB), to stop and sever a global terror organization’s access to weapons, funds, intelligence, and hardware," according to the official Call of Duty blog.

Special Ops will be available across all platforms at launch. It's now going to be a collection of "expansive, interconnected Operations against a new and encroaching threat." You'll get to assemble with friends into strike-teams of four as you work to complete a variety of multi-step objectives. Completing these objectives will continue to advance the game's overall story. You can choose how you want to proceed, whether you want to deploy additional soldiers, run in guns blazing, or approach the objectives in a different way. It's all up to you.

Previously, Ozzie Mejia went hands-on with Call of Duty: Modern Warfare and several of its gameplay modes. Here's a brief sampling of what he thought about it:

"There are a couple of things to note about multiplayer this time around and that's the size of the maps. Map designs run the gamut for smaller sessions, like Gunfight. But they'll also vary between the expected map size for the average game of Domination or TDM and much larger maps for bigger sessions. Aniyah Palace, for example, is big enough to hold an entire Middle Eastern chateau in the center of the map, while also offering enough of an outdoor area to allow for two-person ATVs."

Call of Duty: Modern Warfare is due out on Xbox One, PlaySttaion 4, and PC on October 25.