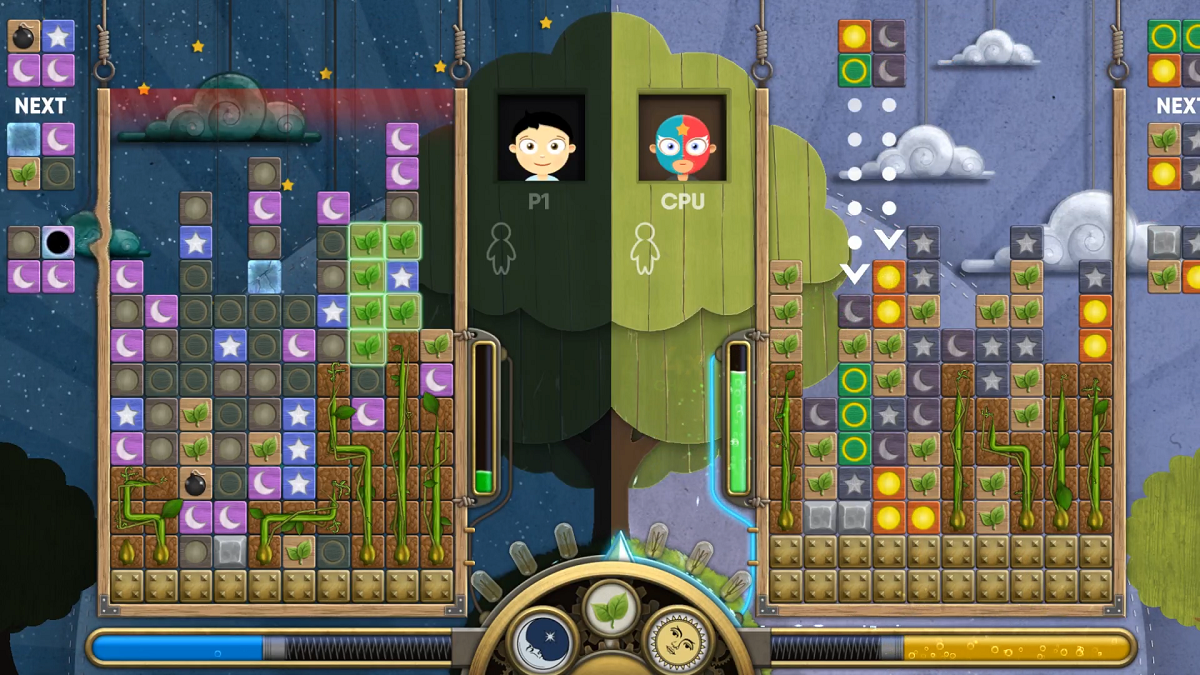 Indie studio Ridiculous Games has announced that they are self-publishing a new puzzle game Day and Night exclusively to the Nintendo Switch. Fans of old school 2D falling block puzzle games like Tetris, Dr. Mario, and Columns should keep an eye on this title when it launches on October 22, 2019. Please take a look at the trailer.

“We know we are standing on the shoulders of a classic genre,” said Jeremy Airey, CEO of Ridiculous Games, “and we have made sure to stay true to its core mechanics of barely-controlled chaos and split-second decision making, all the while expanding upon it in an exciting new way. We’re also thrilled to be using the Nintendo Switch as a platform, as for many people Nintendo was their first introduction to the genre thirty years ago.”

It's very true that many puzzle game fans discovered Tetris on Nintendo's hot portable and console of the day, but the Nintendo Switch offers a well-executed hybrid entertainment system experience that Day and Night hopes to take full advantage of when the game releases this month.

Day and Night also aims to offer a new take on split screen gameplay. “Players share a split screen and must stack and combine matching blocks in groups of four or more to remove them,” Airey explains. “So far, so normal, but in Day and Night the two sides of the screen are presented as either time state, with day and night blocks spawning for both players. As players can only collect blocks that match their time state, the core game becomes a dual challenge, with players focusing on collecting their active time-matching blocks while managing an ever-growing number of inactive blocks.”

Anticipating a time change will be crucial in Day and Night as the rules can flip the script. “Collecting blocks clears your screen and also builds your time meter,” said Airey. “Fill the meter and switch the time of day for both players. Suddenly, blocks that were active a moment ago turn off and inactive blocks turn on and if you plan ahead this lets you collect large amounts of blocks in a flash, building up combo points while dropping blocks on your opponent!”

Day and Night will launch with five different game modes:

Day and Night will support portable, docked, and tabletop modes of Nintendo Switch gameplay. The game hits the Nintendo eShop on October 22, 2019 and will cost $19.99. If you preorder the game today, you can score a 25 percent off deal.